ANNOUNCING THE 'MANDALA' IMAGE RANGE: EACH PICTURE A VISUAL MICROCOSM 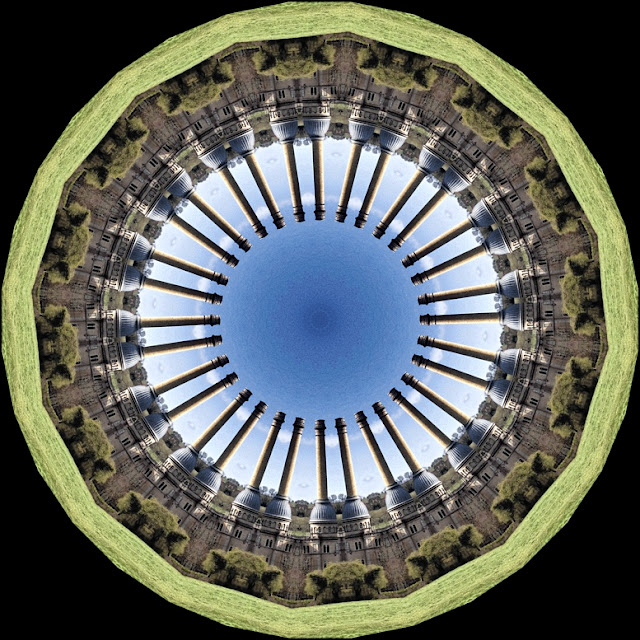 I am pleased to announce a new series of prints, the 'Mandala' range, each one unique and fascinating to look at.


I’ve used the Mandala name, as the word describes any geometric pattern that represents the universe symbolically. My Mandala images are based on a tiny piece of the cosmos taken from one of my photographs, which I then transform into a complex and satisfyingly balanced radial pattern.

This Mandala takes as its source a splendid Chipping Norton example of industrial heritage, dating from 1872-3. Bliss Mill (below) is a large, Victorian building that looks as much like a Gothic mansion or flight of fancy as a factory.

Its architectural trademark is the huge chimney, complete with a unique and unusual fluted dome base. Some people say the chimney and base look like an oversized sink plunger, but I like it enormously.

The factory name comes from the mill-owning family, the building being erected under the leadership of William Bliss II. High quality wool was produced here until around 1980-2, and though Bliss Mill is now closed for tweed-making, the building has been preserved by conversion into luxury apartments.