SUMMER SEASON MONSTER HUNT NOW ON: OR YOU CAN READ PERHAPS THE BEST THEORY YET 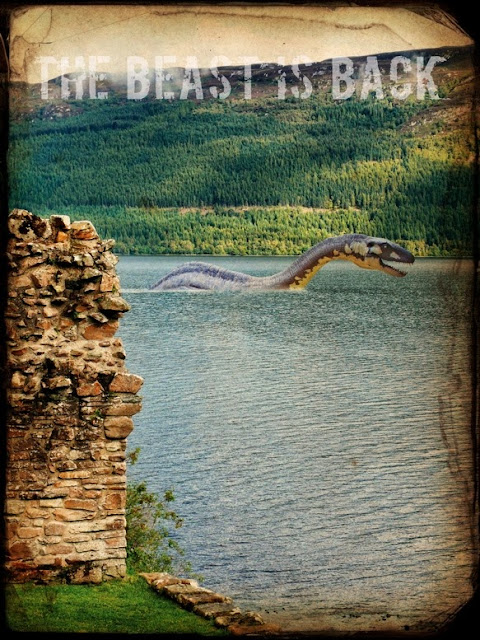 There have been some sightings at Loch Ness this year, though perhaps fewer than usual - so far at least.


Our take on the story is less sensational than many, though when I was writing up our research trip, I didn’t discount all those people who honestly thought they saw ‘something strange’ in the waters of Loch Ness.

Whether there really is a celebrated beast there is perhaps not so interesting as how and why the tales might have started.

Either way our theory matches much of the evidence, and stacks up well with the pundits at Oxford University.

It’s available in ebook form from Amazon, with a blurb that reads:

A creature lurking in the inky, hidden depths? A monster that’s long, fierce, and scaly?

Perhaps. But now there’s a theory based on science not stories.

“...FAR more credible than any other idea.” HBC, Oxford University.

David and his team see an odd shape on Google Earth, something strange, apparently swimming in Loch Ness.

Taking the bizarre image as their starting point they set off for Scotland to research the Loch Ness Monster - ‘Nessie’ - to find out the truth behind the legend.

They scour the area, sort the sightings, go on Loch Ness itself. And find an answer based on science, not sorcery

“Fascinating read that gets down to reality and comes up with a truly believable solution.” Henrietta B.

“There’s nothing like actually going on an expedition to solve a problem.” Jules C.