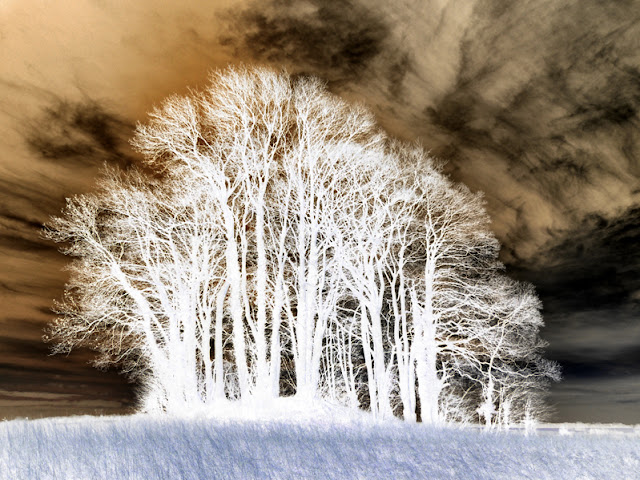 YES, BUT IS IT ART? is one of the many questions asked by creatives across the world, when they study a work that challenges commonly held perceptions.


And where photography is concerned, it's also a valid question. So to think on the subject, here are three versions of the same photo, taken at the ancient Long Barrow neolithic site, near the 'English Venice' village of Bourton-on-the-Water, in Gloucestershire.

"Art is what you make of it" is one obvious riposte to the question, so with these images, the answer, and preference, is probably best left to individual choice.

From this point on, the thought process can be fairly straightforward, allowing for the fact that surroundings make so much difference as to how, where or why an image like this - or any other - is going to be used.

For example, the ghostly semi-abstract (top) would perhaps look best on the wall of a modern apartment, while being a little less suitable for a fireside-snug traditional environment. 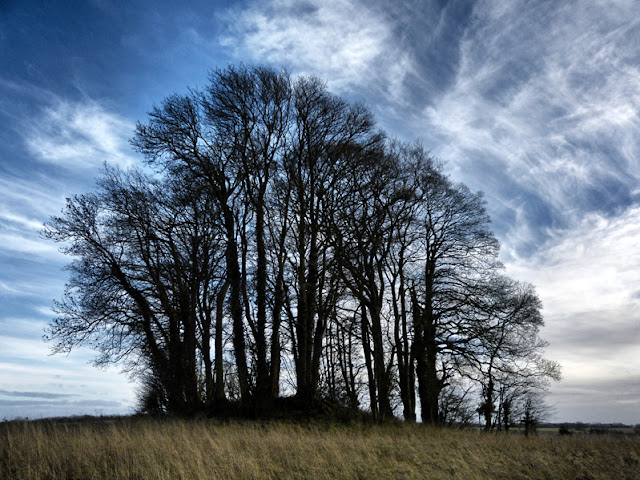 Conversely the colour image - which has already had some of the brightness of its colour range reduced a little to avoid garishness - would look highly suitable hung in a traditional backdrop.

The black-and-white mono image combines old and new. The clouds look their dramatic best, while the simpler appearance of mono provides a calm, quiet flavour, and simply looks good, wherever it goes. 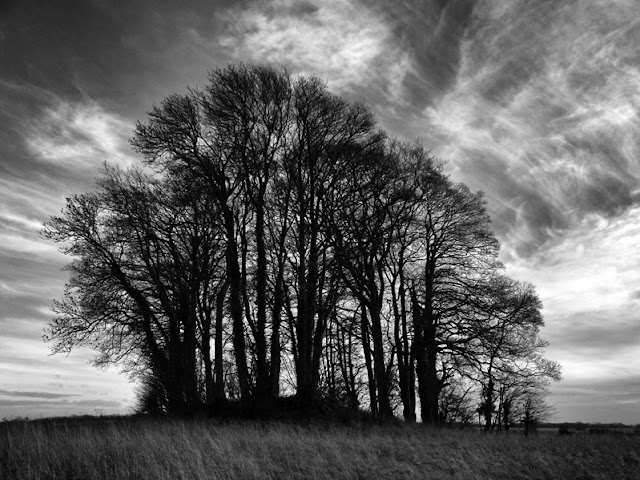 So am I a mono man? Yes, but not to the exclusion of alternatives. Like I say, we're all individuals, and every image is an individual, too.

As for the rest of this isolated Long Barrow site - the barrow is actually the hump in the middle of the trees, dug originally as a burial mound, it's a fascinating place and one that's well worth visiting next time you are near Bourton-on-the-Water.
Labels: abstract black and white Bourton-on-the-Water Gloucestershire Long Barrow mono Venice