THE ENGLISH EYE MOVES TO THE WAVENEY VALLEY 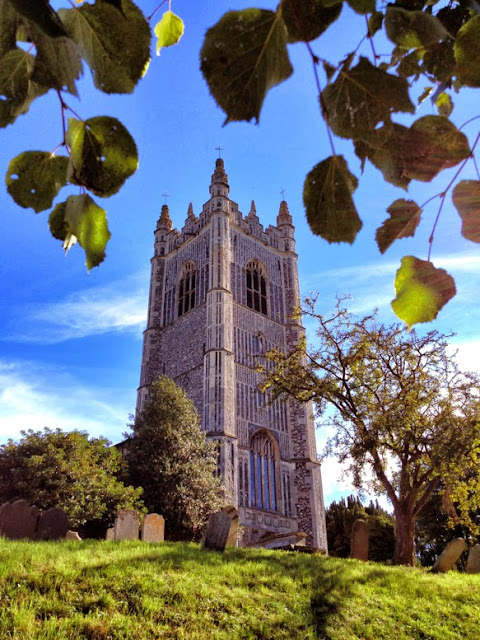 The English Eye is rebasing for a while in the pretty Waveney Valley, named after the meandering river that forms a natural border between two East Anglian counties. Stand south of the Waveney and you’re in Suffolk, cross to the opposite bank and you’re in Norfolk.

This part of England has plenty of contrasts, whether it's the water and windmills of the Broads (below) or centuries-old churches like that of Redenhall (above), so we won't spoiled for choice when it comes to pictures and places to feature in future TEE articles. 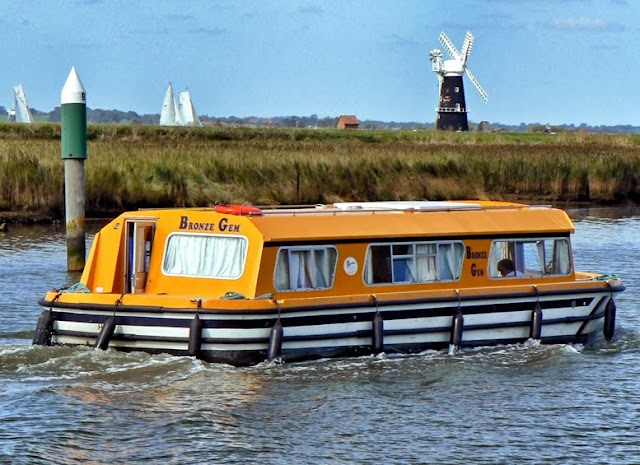 Waveney could be a temporary move for TEE, or for longer - the future will make that decision! In the meantime, we’ll be exploring this rural area, which has an abundance of mediaeval buildings, quietly attractive countryside, and miles and miles of North Sea coastline.

But now we’re taking a break until the move to Waveney is sorted and settled. But the TEE site remains live, so enjoy the content in the meantime, starting with these views to whet your appetite.

Here are two websites that specialise in these counties: 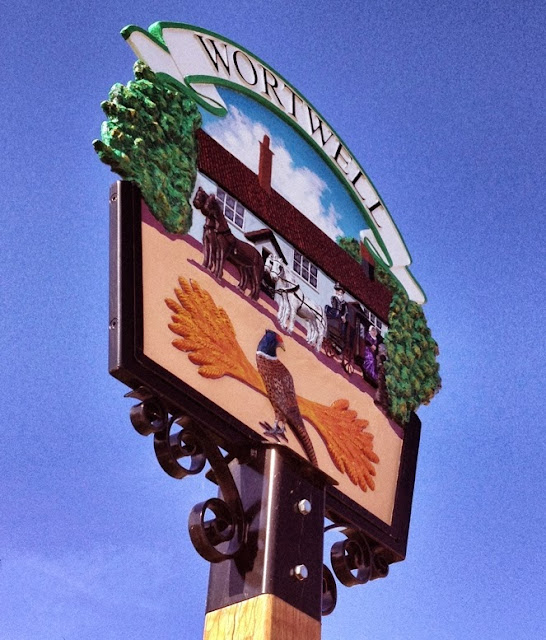 Wortwell's village sign is a typical East Anglian feature (above) while the local garage (below) provides a useful service, as well as a nifty photo-opp. 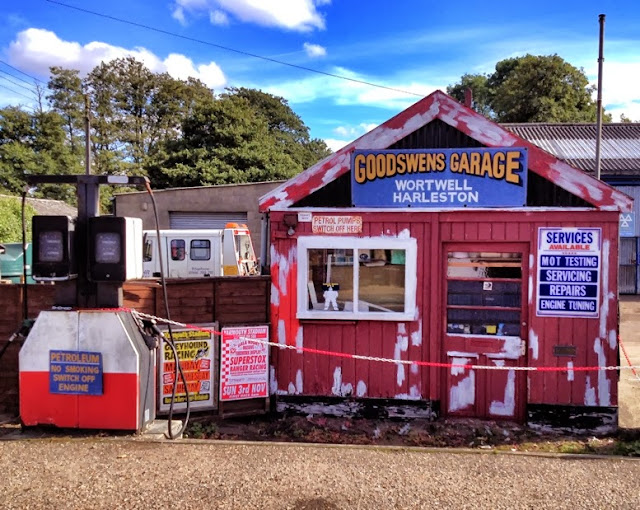 Flixton's air museum is unmissable if you have a love of aviation. It's free to visit, and there's an excellent hangar-based canteen for tea and cakes. 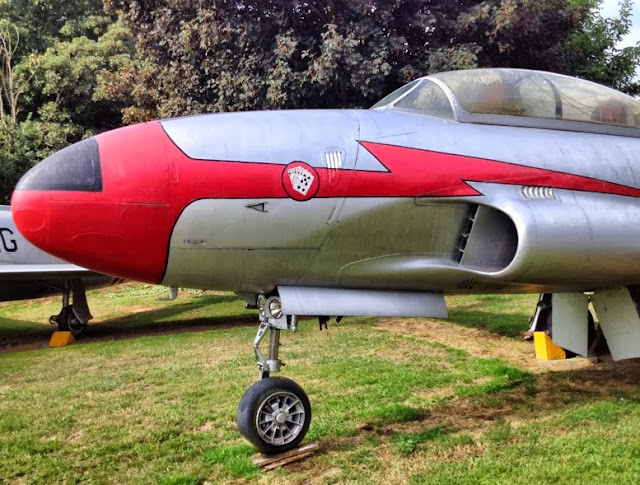 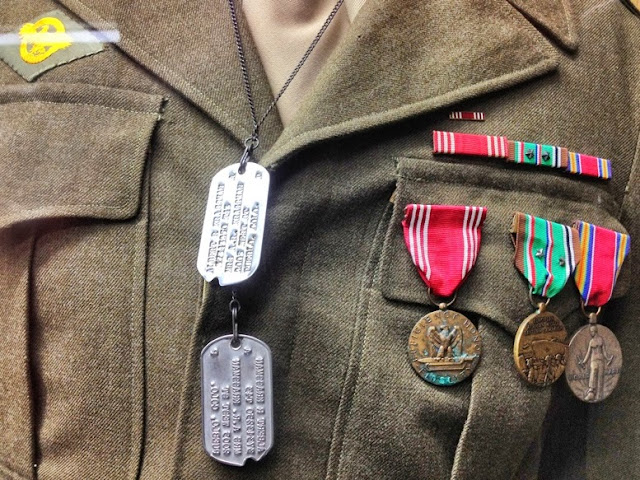 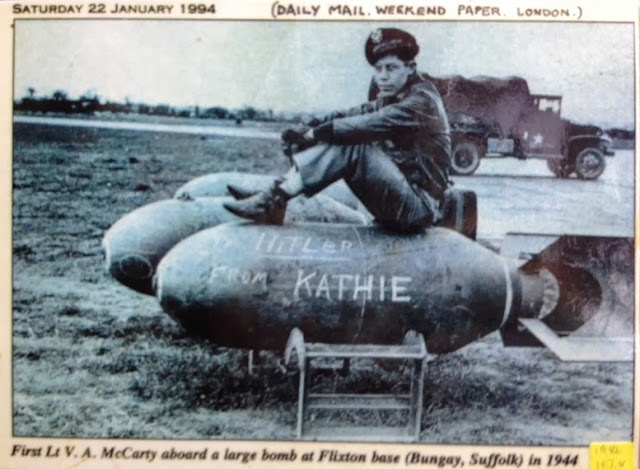 The Arts are strong in this part of the world, below one of a group of driftwood weathervanes erected at the wildlife sanctuary RSPB Minsmere. 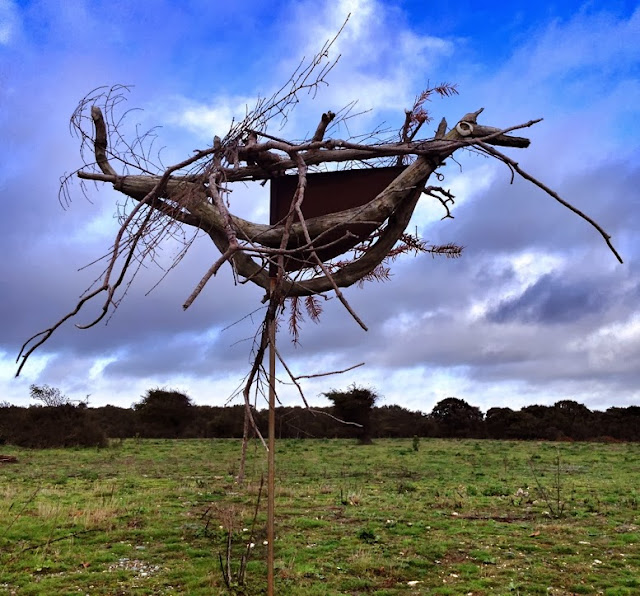 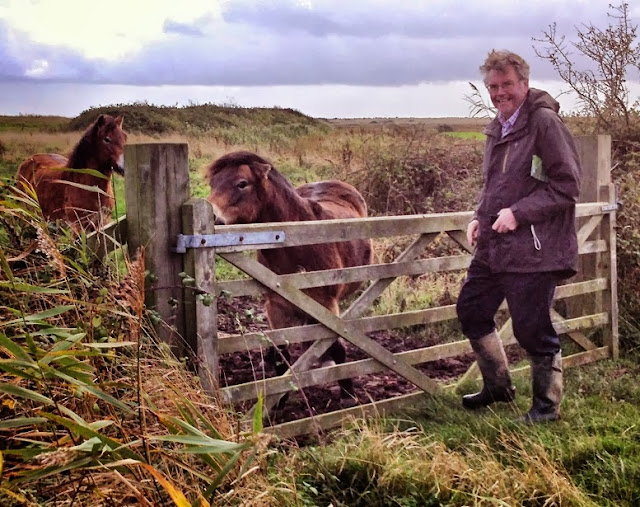 Above, a visitor enjoys Minsmere's Polish horses, while (below) a vernacular carving marks a favourite resting spot. 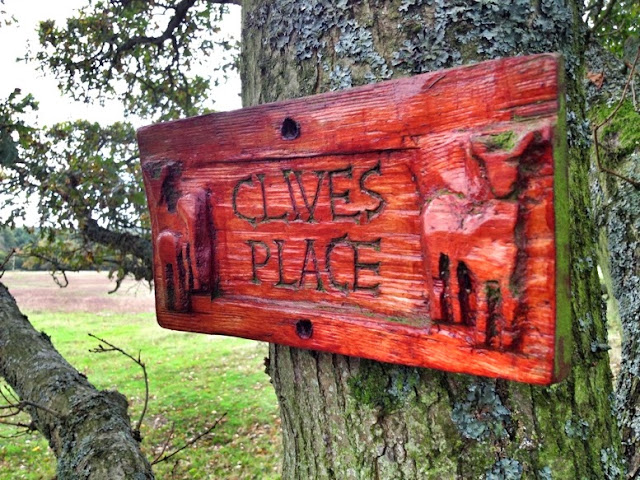 Plenty of fungi to choose from, though you wouldn't be wise to eat this one. 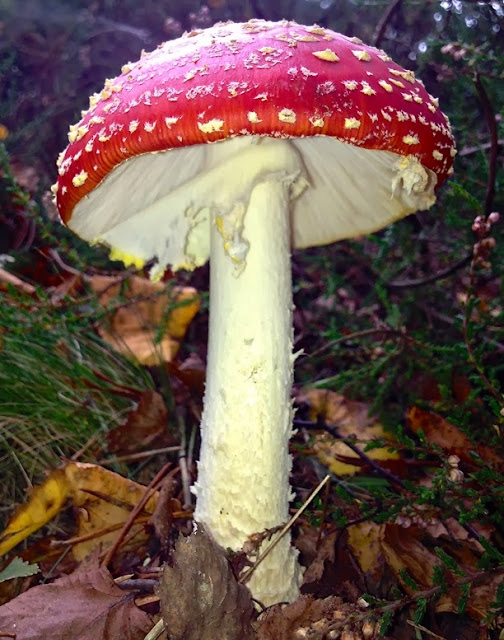 Much better to chomp your way through a tasty hunk of lemon curd flapjack (below) at the National Trust Cafe, situated on a cliff top, south of Dunwich. 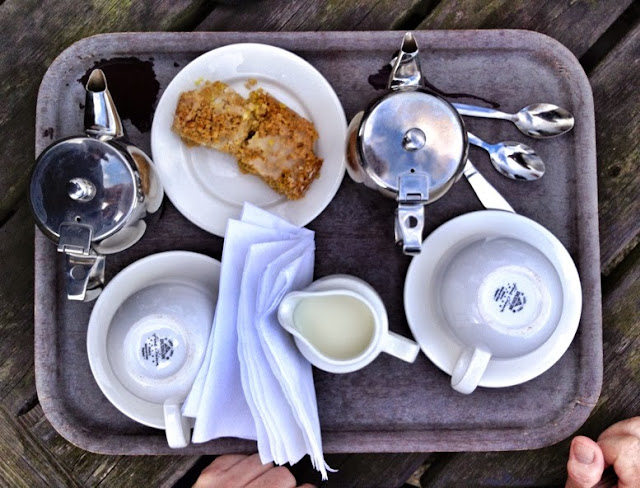 You are unwise to venture past the sign (below) as the North Sea encroaches on various parts of the Suffolk coastline, making some cliff edges notoriously unstable. 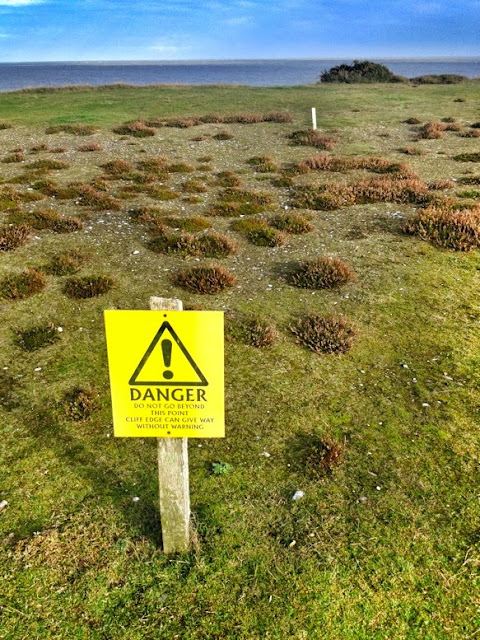 Dunes and wild grasses mark the area around Dunwich and Minsmere, and a crunching walk along the shingle beach beyond this spot is a breezy pleasure, especially in winter when there are few people about. 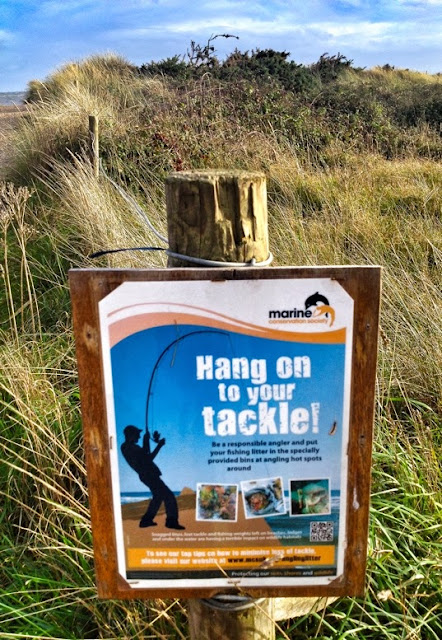