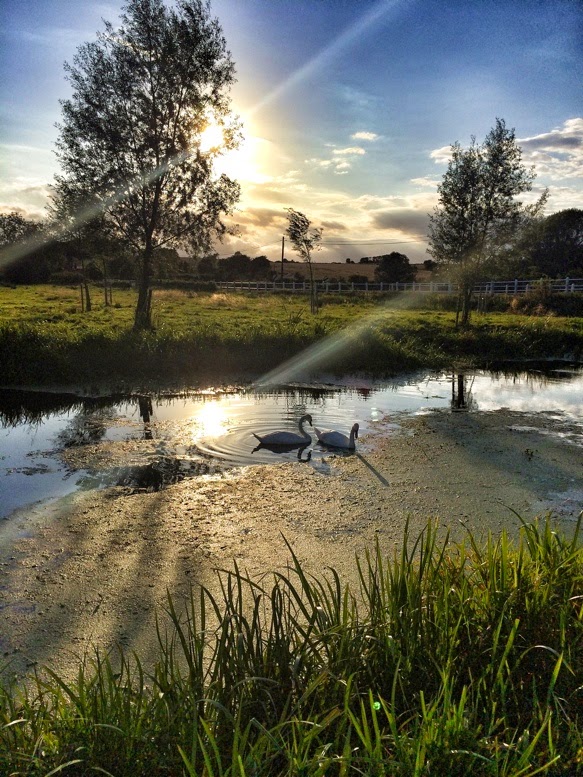 THERE'S LOTS TO LIKE ABOUT EAST ANGLIA, including swans on the beautiful waters of the Waveney Valley (above) but there are some things to whinge about, too. I've been living in the Waveney Valley for just over eight months now, and here are seven unfavourites that drive me speechless with frustration.


1  Broadband - or lack of it. The same day I left Chipping Norton to come here, BT told me they were about to install superfast optical broadband - at no extra charge at all. Here in my present Waveney Valley home, 'broadband' speed is more like narrowband, and may slow to a crawl so painfully slow that upload servers think there's a fault and break the link. Come on BT, this is living in the past - please hurry up and get more of those old-fashioned wires and exchanges replaced.

2  Mobile communications - or lack of them. I've driven round in ever-increasing circles, trying to get some sort of signal for my trusty iPhone 5s, and on one occasion drove from Woodbridge to Harleston in the pitch dark without receiving any meaningful map data the entire way. In this case, it's EE I'm asking to add some more mobile masts.

3  Two-lane main roads - and lack of dual carriageways. Driving from east of Harleston to the A14 is a tedious grind that is never less than depressingly time-consuming. I've seen more dangerous overtaking manoeuvres in these last eight months than in the previous decade in better-connected Oxfordshire. And it's righteous frustration that does it, so please County Councils, when you build a bypass, make it a dual carriageway. And let's add dualling to other roads in these parts too - the A143 and A140, to take just two examples.

4  Obsessional speed limits - a modern plague. There's so much uglification on the roads by way of signs, cameras, stripes and other visual impedimenta. Why? Most roads don't allow too much in the way of speed anyway, so Highway Authorities, please concentrate on the danger spots.

5  Early closing days - do we really need them in the 21st century? This is a 'thing' with me, as I grew up in 1950s and '60s Leicester, where the city lay dying on its feet much of the time. Back then, many shops seemed to open for the benefit of the owners, rather than their customers. There was Monday Closing Day, Thursday Half Day Closing, Saturday Lunchtime Closing, and of course Sunday Closed All Day. So coming across at least some of these closures in the local towns here is too much of a journey back in time for me. Longer opening hours please!

6  Focus on Norwich. Whether you want a pair of smart trousers or to visit an art show, so many cultural activities are centred here. Norwich is a fine city all right, but I find it a real shame that so much requires a long and slow drive there and back.

The tranquil view downstream from Mendham Bridge (below) is definitely NOT something to complain about. 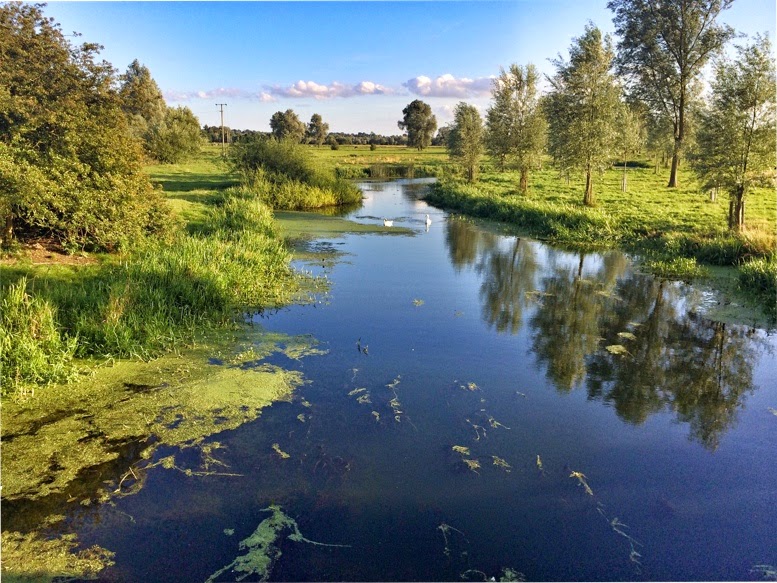 7  Public transport. If there's a work meeting scheduled, then I've learned to ignore rural buses, as there are too few of them, and when they arrive they take so long to get anywhere.

But I do think that it's high time for Norwich to get going with a really fast train service to London. I'm a huge train enthusiast, and would like to see a high-speed line - I'll call it HSA (for Anglia) to cut journey times, preferably with easy links at the southern end to HS1 and my favourite train of all, the super-sleek magic carpet called Eurostar.

Norwich Airport? Lovely little place, but - please - can we have more scheduled flights, especially to other parts of the UK? For example, we really ought to be able to fly from Norwich to places like Devon and Cornwall.

That's it - seven moans out of the way!

I'll save a large bunch of roses for one truly excellent facility, and that's the delightful Bungay Library. Regular opening hours, helpful and efficient staff, decent broadband on tap, even a cup of coffee to fire up the brain cells - I cannot ask for more.

And talking of Bungay, watch this space for a photo-tour of this charming Waveney Valley town in the near future.