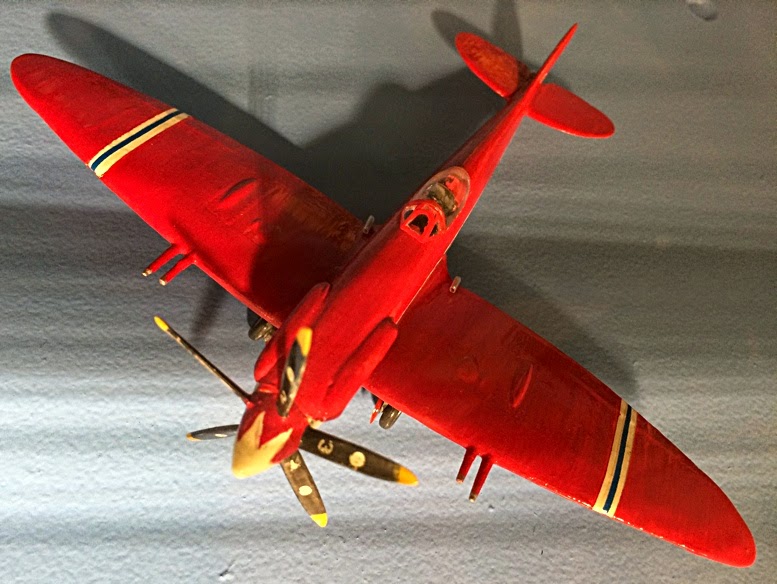 IF YOU'RE A MINIATURES ENTHUSIAST then the Super Models exhibition in Great Yarmouth was a must. The venue was the Time and Tide Museum, an inspirational place that's converted from a piece of Yarmouth's heritage past, a building that was once used to smoke herrings.

I made a short video at the Time and Tide Museum (below) followed by a bunch of shots taken while visiting there. 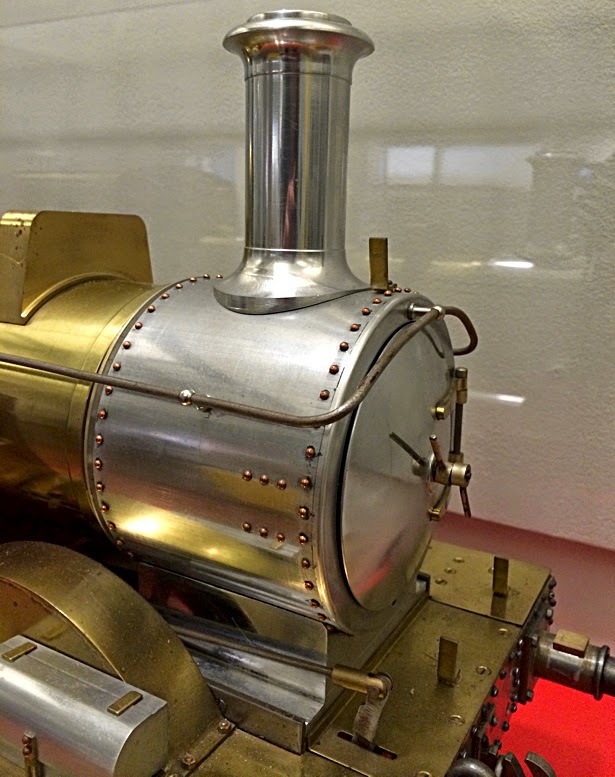 The gleaming metal curves of the steam loco (above) make for a classic piece of scale engineering. The multi-level garage (below) has dozens of hand-made 1960s-era wooden cars, none more than an inch long and each one beautifully detailed. 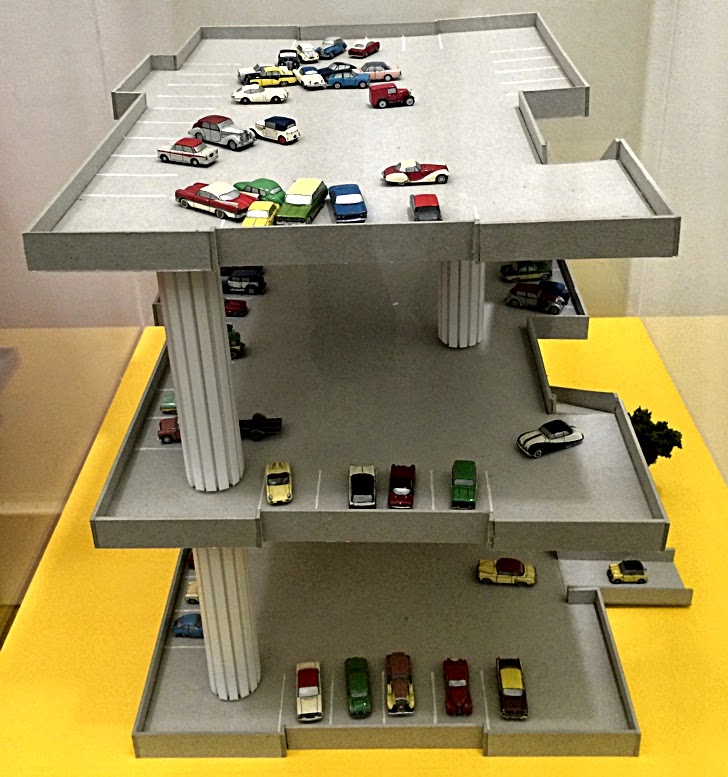 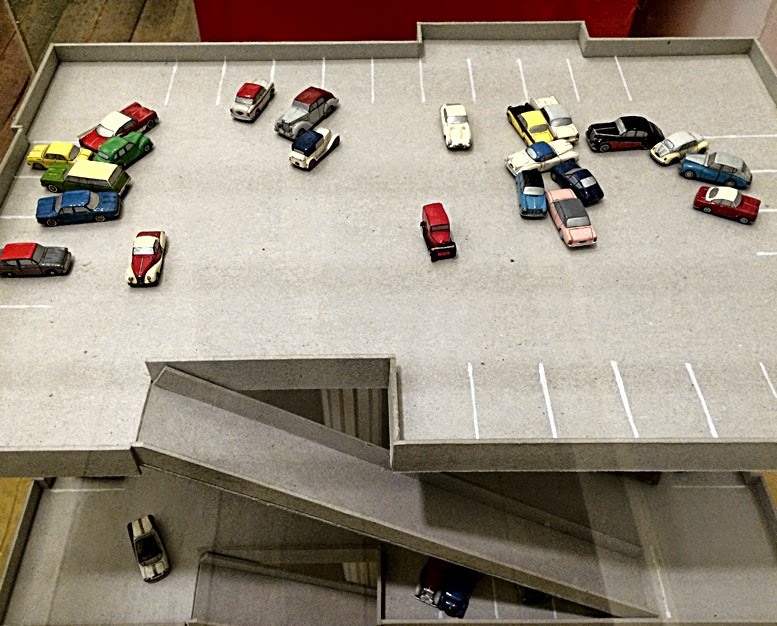 The wooden scale model of the Handley-Page Victor (below) was made at the design stage for wind-tunnel testing. The landing gear retracts, as do the wing flaps. They are attached to a stub wing, itself joined to a fuselage half. During tests, smoke could be blown with the air in the tunnel, to reveal to the flow of air and any non-streamlined eddies created by wrongly positioned details. That was how it all happened before computational testing on state of the art electronic gear. 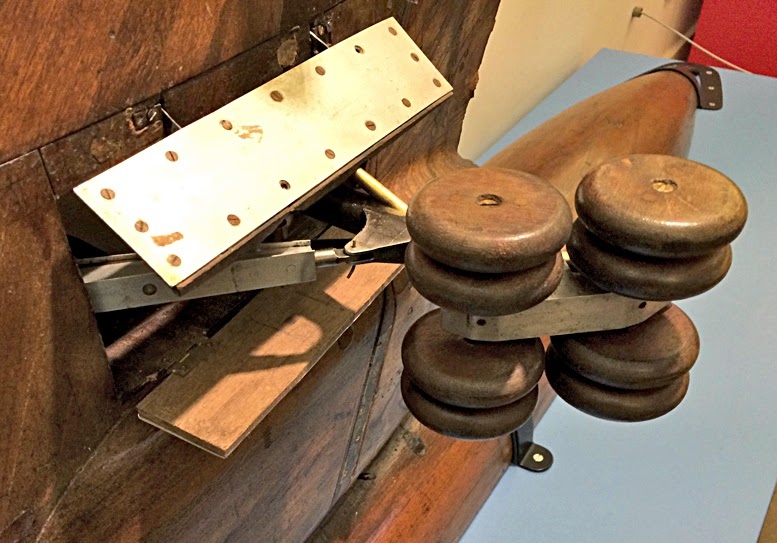 A wonderful piece of model making (below) marks this Victorian-age fairground ride. The horses go up and down in tiny grooves as the main structure rotates. 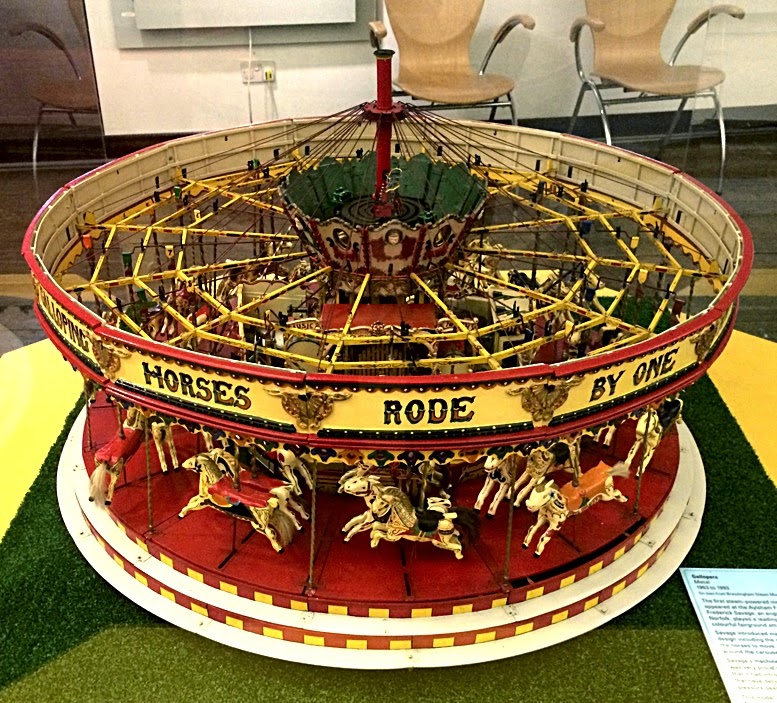 More recent modelling from Aardman Animations (below) with these model props from the 2005 movie The Curse of the Were Rabbit. 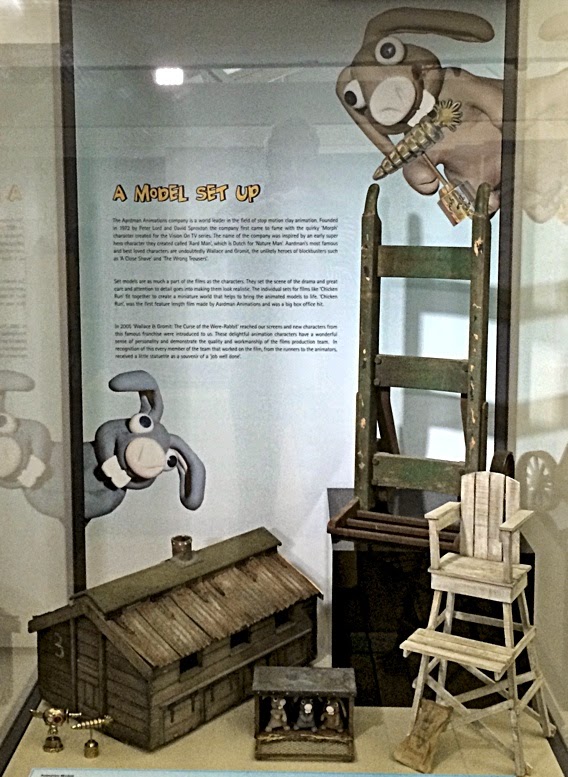 British-only 1:76 scale rules with this diecast model bus (below) accompanied by a scooter and rider. Once more we have to ask, just why do the Brits insist on being out of step with the entire world, which runs its model trains at a constant 1:87 scale? Nicely cast door on the bus, though. 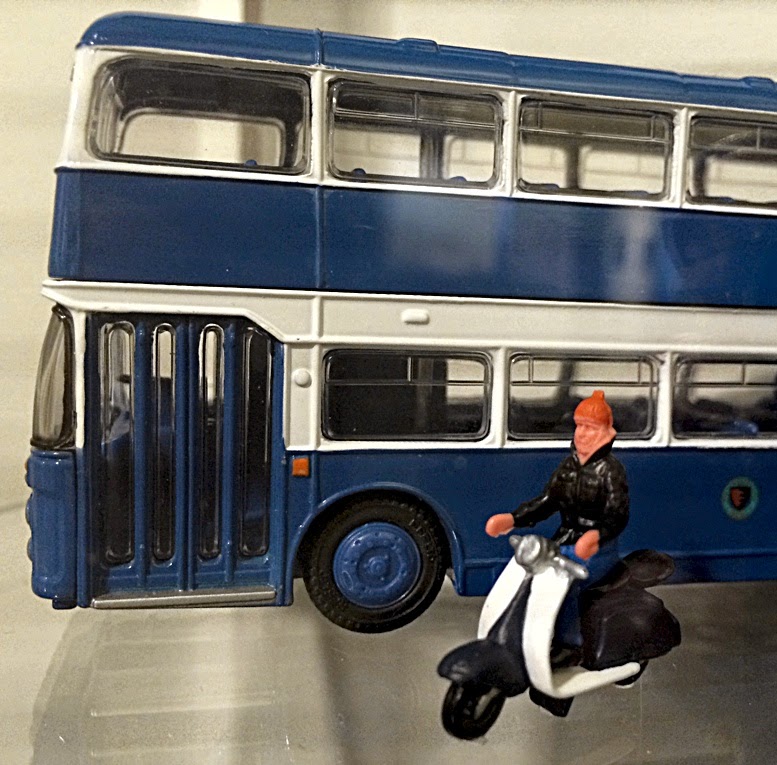 Two views (below) of an 18th century sailing ship, HMS Yarmouth, named after the town. 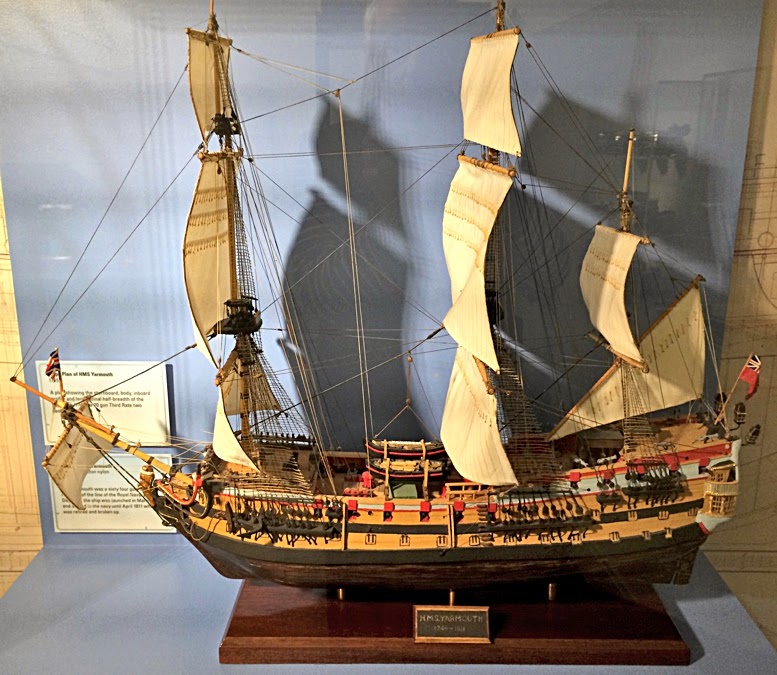 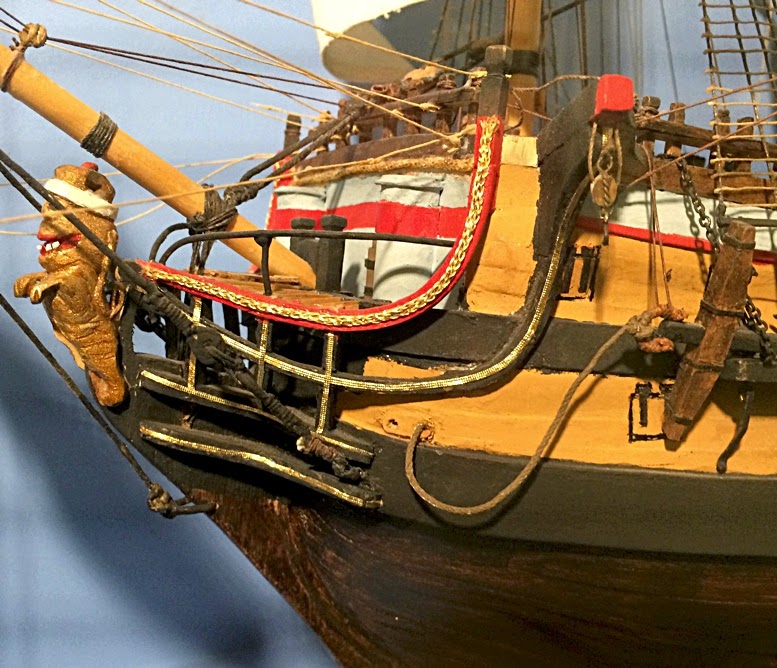 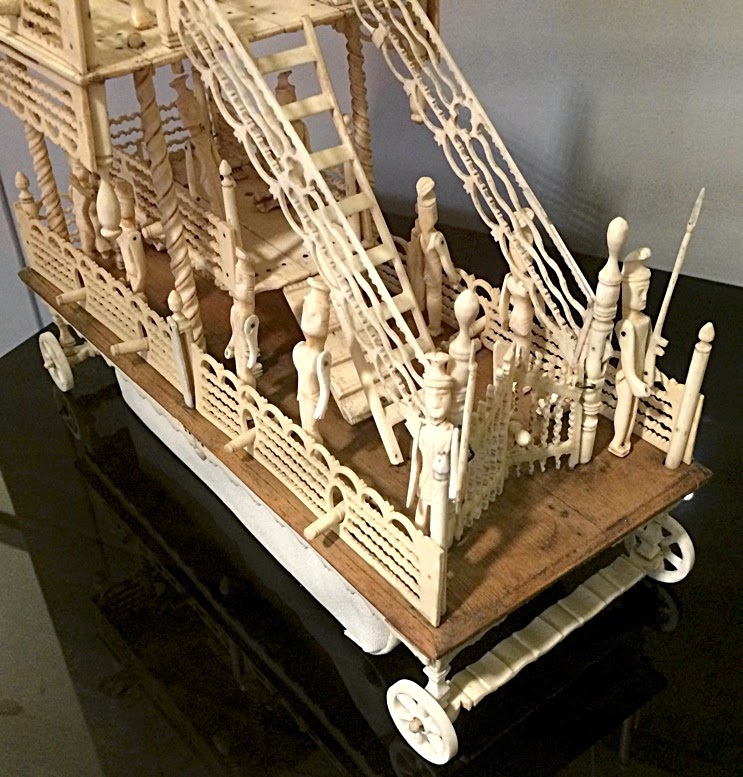 In the old days, long months at sea gave sailors plenty of time to create miniature masterpieces, and the creation (above, below) was the result of one such voyage. It's made from carved and whittled bone. 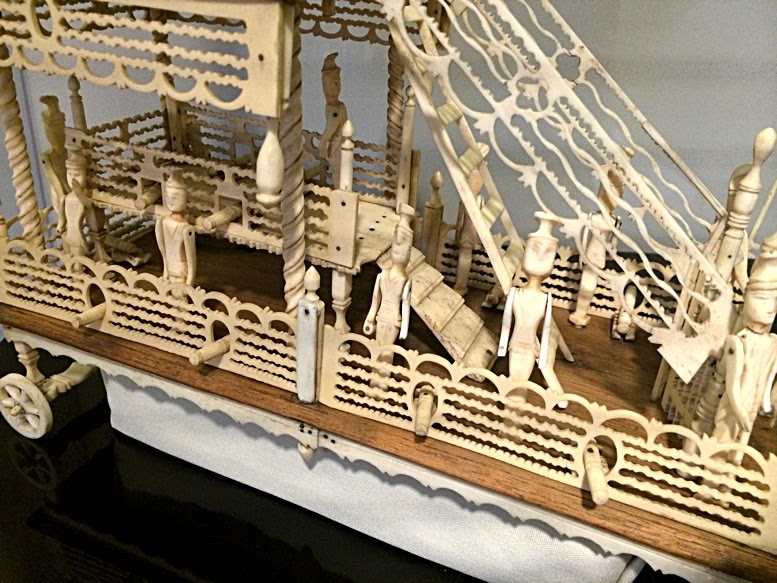 Great Yarmouth once had a reputation as purveyor of the finest smoked herrings to buyers around the world, a fact that forms the basis for the smoke house model (below). Made from found materials, and to approximately 1:24 scale, it has traditional Norfolk features such as a pantiled roof and flint stone walls. And let's not forget the hand cart for carrying the herrings. Last but not least, the old woman who lived in a shoe leans out of a window (below) in this charming carved wood model. Inside the shoe's polished instep is a schoolroom, complete with an alphabet on the wall so the children can learn the first of the 'Three Rs.' 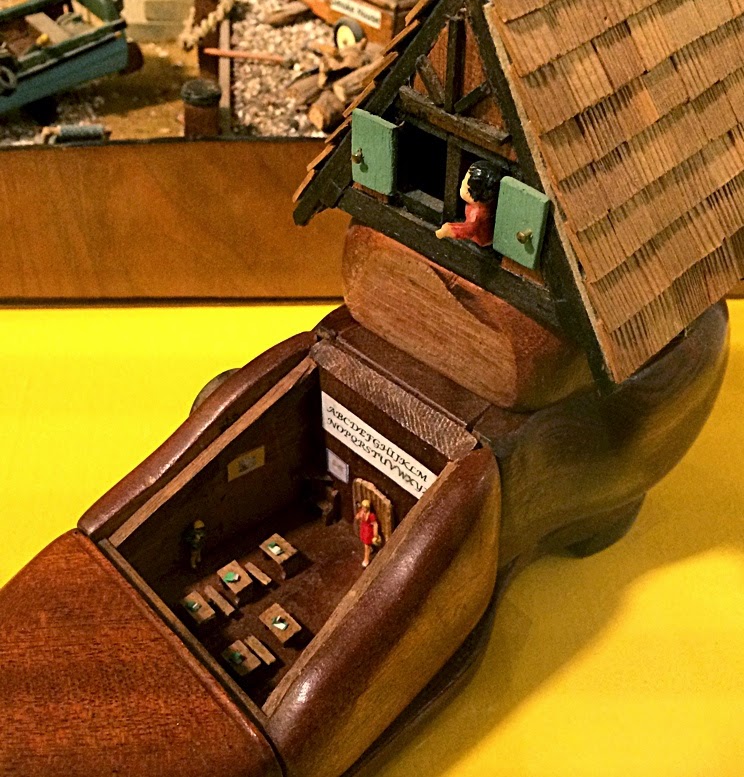