The Insects in question were performing next door to this beautifully renovated church, the home of St George's Theatre, in Great Yarmouth. The building dates back to the early 18th century, but fell into disrepair in the 1960s, a period when little thought was given to so many historically important buildings.

It's been an arts centre since the 1970s, thanks in no small part to The Masquers amateur dramatic society and other local people. The recent renovation has put the place back on the map again, and in years to come let's hope the whole of this part of Great Yarmouth turns into a thriving arts community.

The new cafe-bar (below) is a handsome glass-and-brick single-storey building a few yards away from the auditorium. The two buildings were nominated for the 2014 Stirling Prize for Architecture, which is a high honour, even if they didn't make it to the shortlist of six, a group that includes the famed Shard skyscraper, in London. 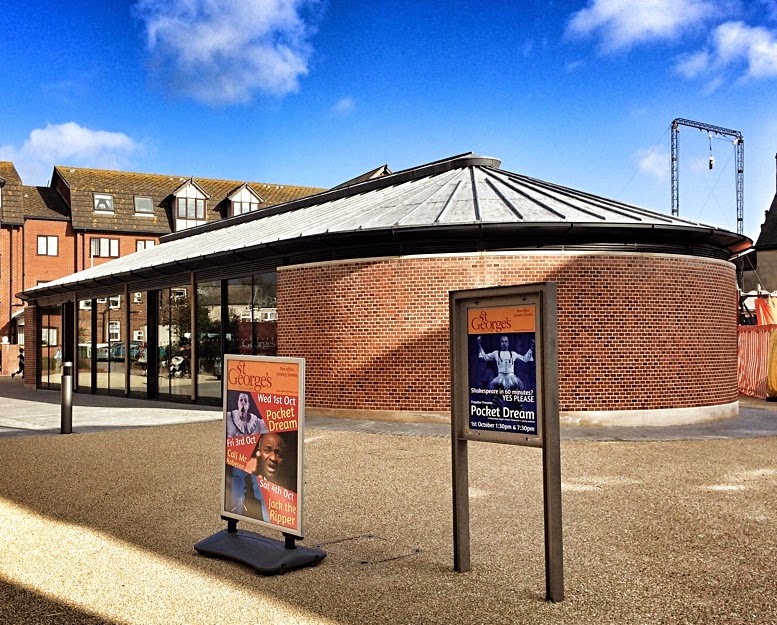 The Insect Circus (video below) was part of the 'Out There International Festival of Circus and Street Arts' held from 17-21 September. Out There showed off terrific displays of just about everything you can think of, though we didn't see any performing animals being whipped into obedience, we're pleased to say.

A handsome red-and-blue sundial decorates the wall above the church window (right below). The building has a new roof to provide extra height for the auditorium inside. 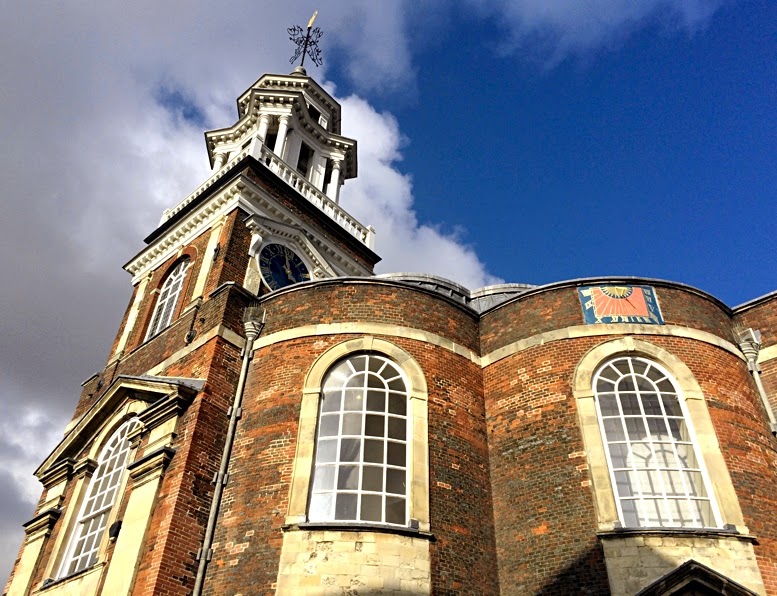 The style and material of the cafe-bar's roof (below) matches the appearance of the theatre roof behind. 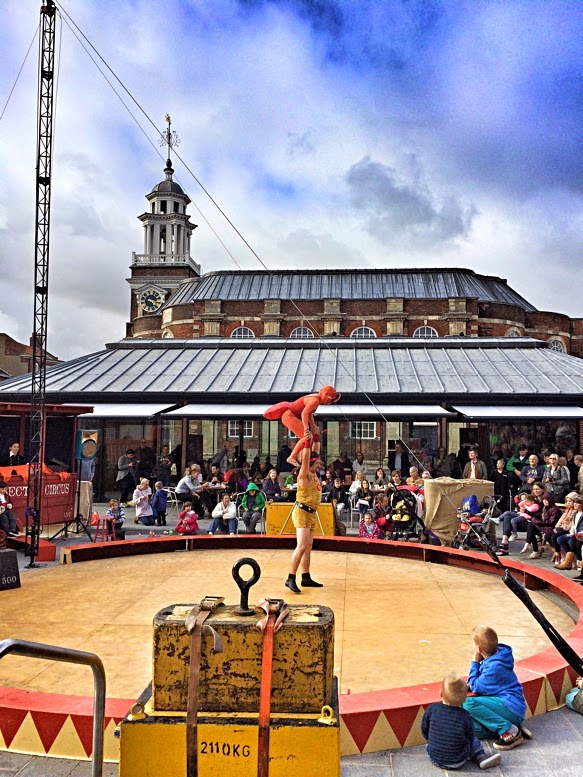