MINI CLUBMAN VISION GRAN TURISMO - A MINI MADE IN OXFORD? 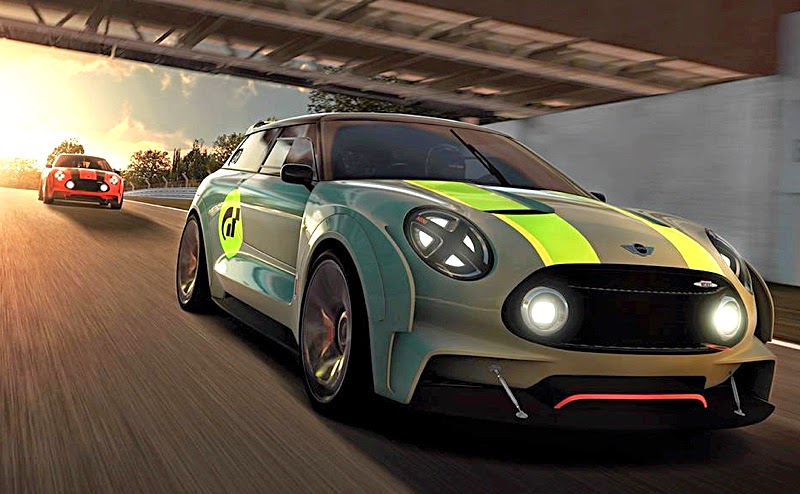 MILLIONS OF MINIS HAVE BEEN PRODUCED by the assembly plant at Cowley, on the outskirts of the university city of Oxford. And the latest Mini concept ought be the most exciting of them all.

However, before I get too excited, the Mini Clubman Vision Gran Turismo video shown (above) is in fact a teaser-trailer for a sleek machine available at present only in virtual form for the PlayStation video game console. 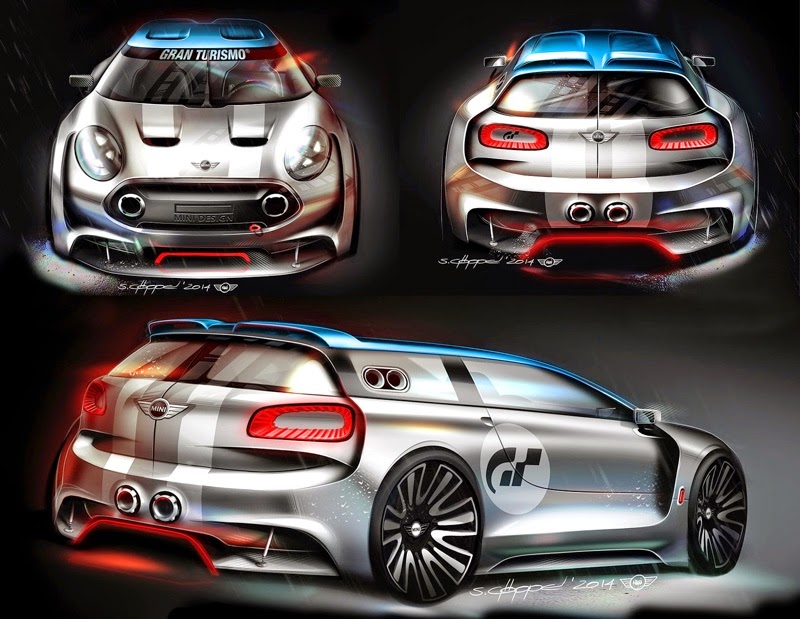 What a pity! But it's good to see Oxford's famous automotive name as strong as ever, with corporate owner BMW obviously intending to develop the Mini further in years to come. So it's likely that features from the tasty PS design will be seen in upcoming models.

Stats on the Mini are mind-blowing. More than 5.3 million 'original' Minis were sold between 1959 and 2000, and more than 3 million have been made since BMW has owned the brand. At a rate of around 300,000 cars a year, it won't be too long before the old record is broken.

The first model of 1959 (below) was called the Mini-Minor, a title that related to the successful 'Moggie' Minor that was a familiar sight on the roads of Britain throughout the 1950s. 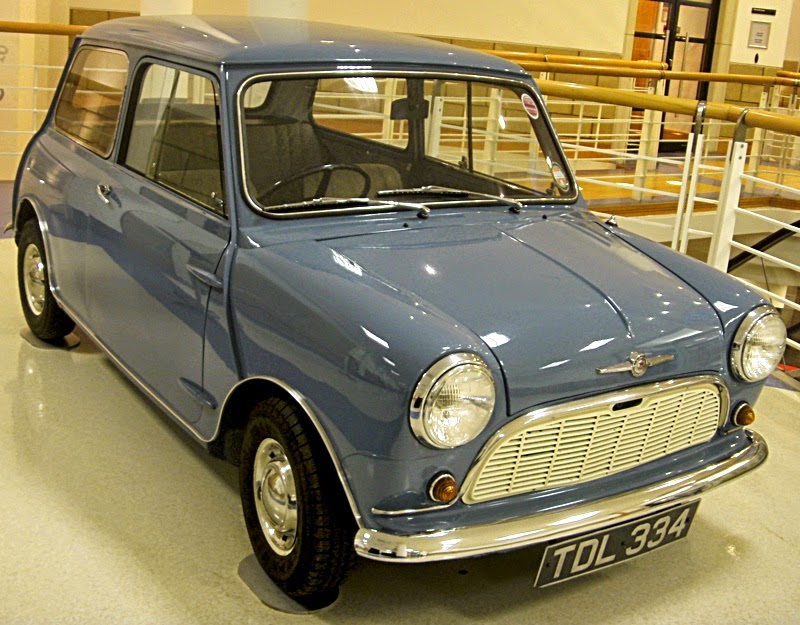 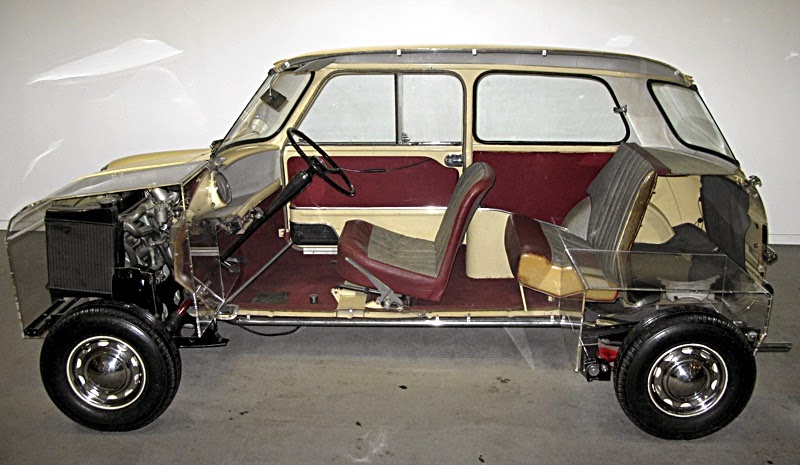 Like most small cars of the period, early Minis (below) had interiors that were best described as basic in the extreme. Occupant safety wasn't too much of a design issue, either. The Mini's handling was brilliant, but in a crash, the steering wheel could skewer you in an instant, for this was long before crush zones and airbags had been developed. 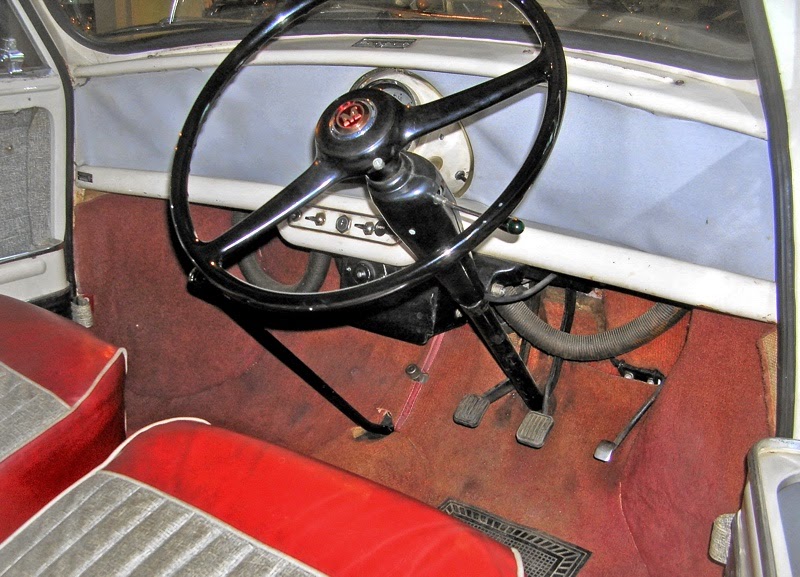 The Mk II (below) had a revised grille and was a better car in most respects. Many are still in drivable condition, and can be seen throughout the summer at classic car shows. 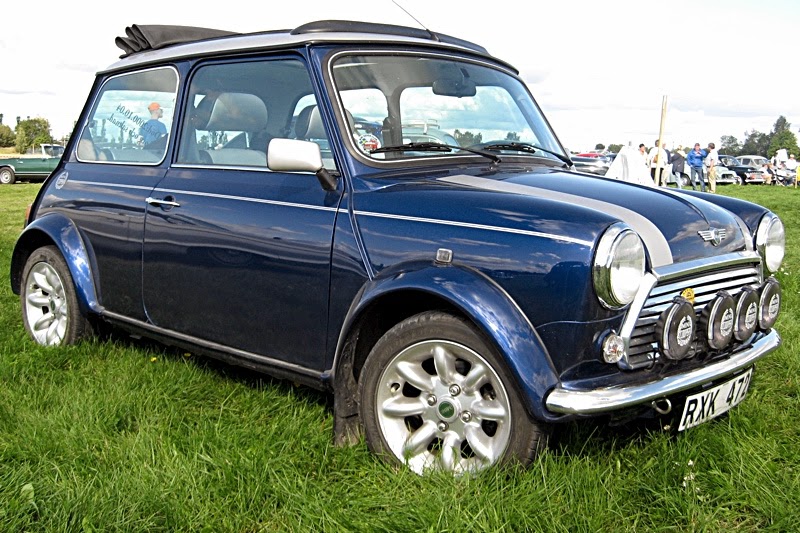 The BMW Mini (below) was a bigger car that had many Mini-fans foaming at the mouth - it wasn't a 'real' Mini was the cry. Yet the original design would have had to change anyway, not least because of changing and ever-more demanding safety rules and regulations. 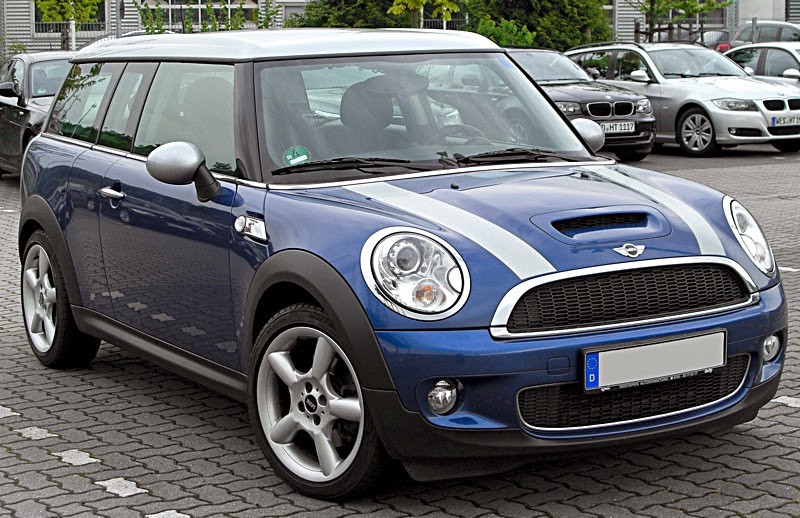 The Mini range has been extended with the bigger Countryman and Paceman, and sports versions like the Roadster and Coupe. But the hatchback is still core to the range even if the new version (below) won't exactly win a beauty award for its pouty grille treatment. 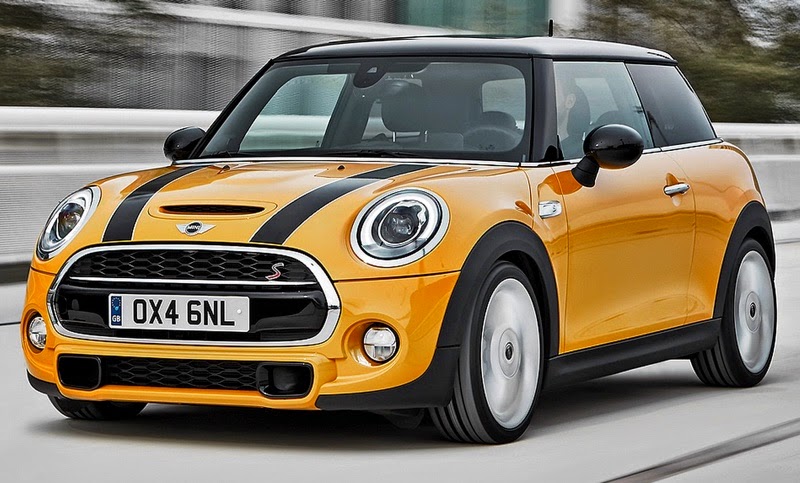