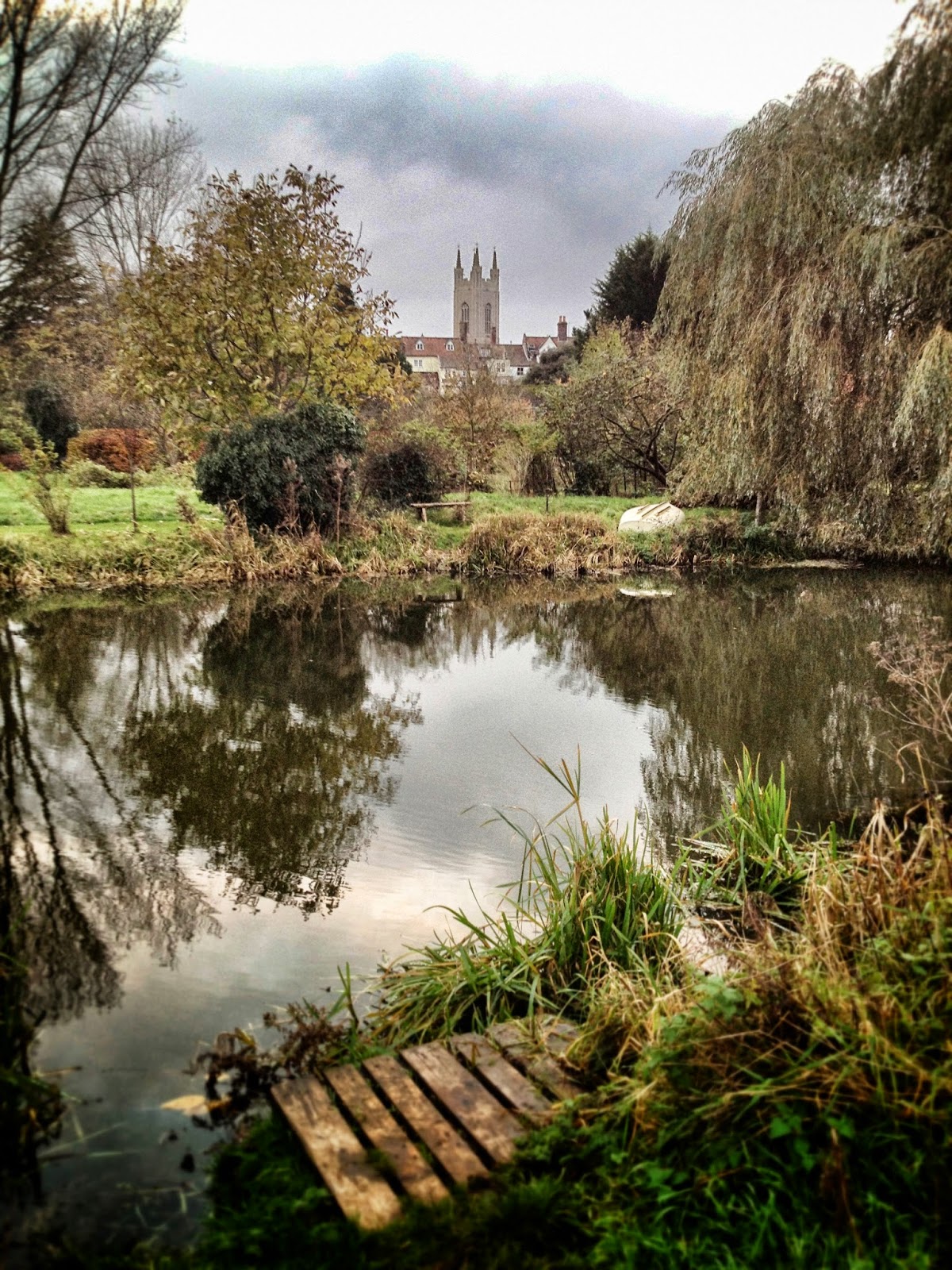 BUNGAY IS A MARKET TOWN in East Anglia, nestling mostly in a loop of the meandering River Waveney (above). As seen today, the town is a quiet haven of tranquillity, but back in the 16th century, things were very different.

In the summer of 1577, locals were terrorised by Black Shuck, a dog-like beast claimed to have ripped the throats out of faithful parishioners. 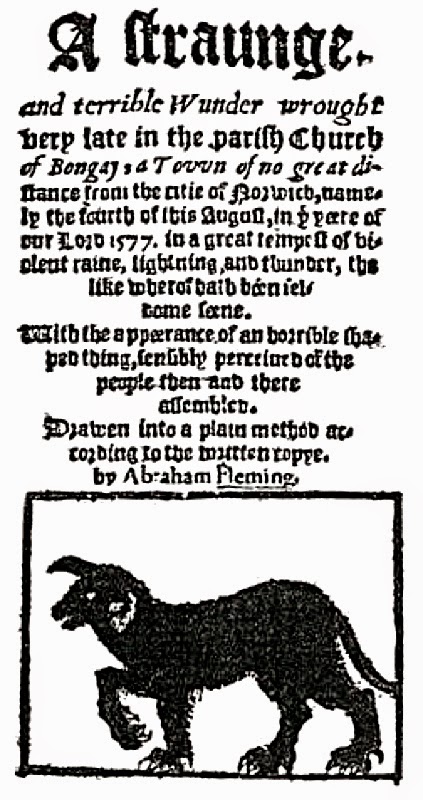 The legend goes that Black Shuck appeared in two churches, in Bungay and Blythburgh, on August 4, 1577. At Blythburgh, the congregation was deafened by a vast peel of thunder ‘like the crack of doom’ followed by the terrifying sight of a huge hell-hound, bounding through the church door, and careering down the nave.

It got worse. The dog’s slavering jaws snapped left and right, killing a man and a boy, then the entire church steeple collapsed, pieces crashing through the timbers of the roof. Moments later, Black Shuck disappeared, leaving scorch marks on the north door.

Black Shuck put on a repeat performance at St Mary’s Church, Bungay, where the event was described by the Reverend Abraham Fleming:

“This black dog, or the divel in such a linenesse… running all along down the body of the church with great swiftnesse, and incredible haste, among the people, in a visible fourm and shape… passed between two persons, as they were kneeling uppon their knees, and occupied in prayer as it seemed, wrung the necks of them bothe at one instant… even at a moment where they kneeled, they strangely dyed.”

In fact, Adams was a London clergyman, who probably reported the event, rather than being on the scene himself. Even so, the scorch marks are still called 'the devil’s fingerprints' and can be seen today. As for the steeple, strong electrical storms were in the area at the time, and a super-powerful lightning bolt could have shattered the steeple.

But was Black Shuck a real beast, or a product of fevered imagination? There's one clue to a possible answer: in May 2014, a huge dog skeleton - more than two metres long - was dug up at Leiston Abbey. Could those bones mark the remains of the devil-dog, Black Shuck?

There's no real way to tell of course, but it's a great story!

And today's town? Well, Bungay is certainly a calmer place, where local delis and craft shops vie for trade, and the Bahn Thai restaurant has a charming display (below) set in the wall outside. 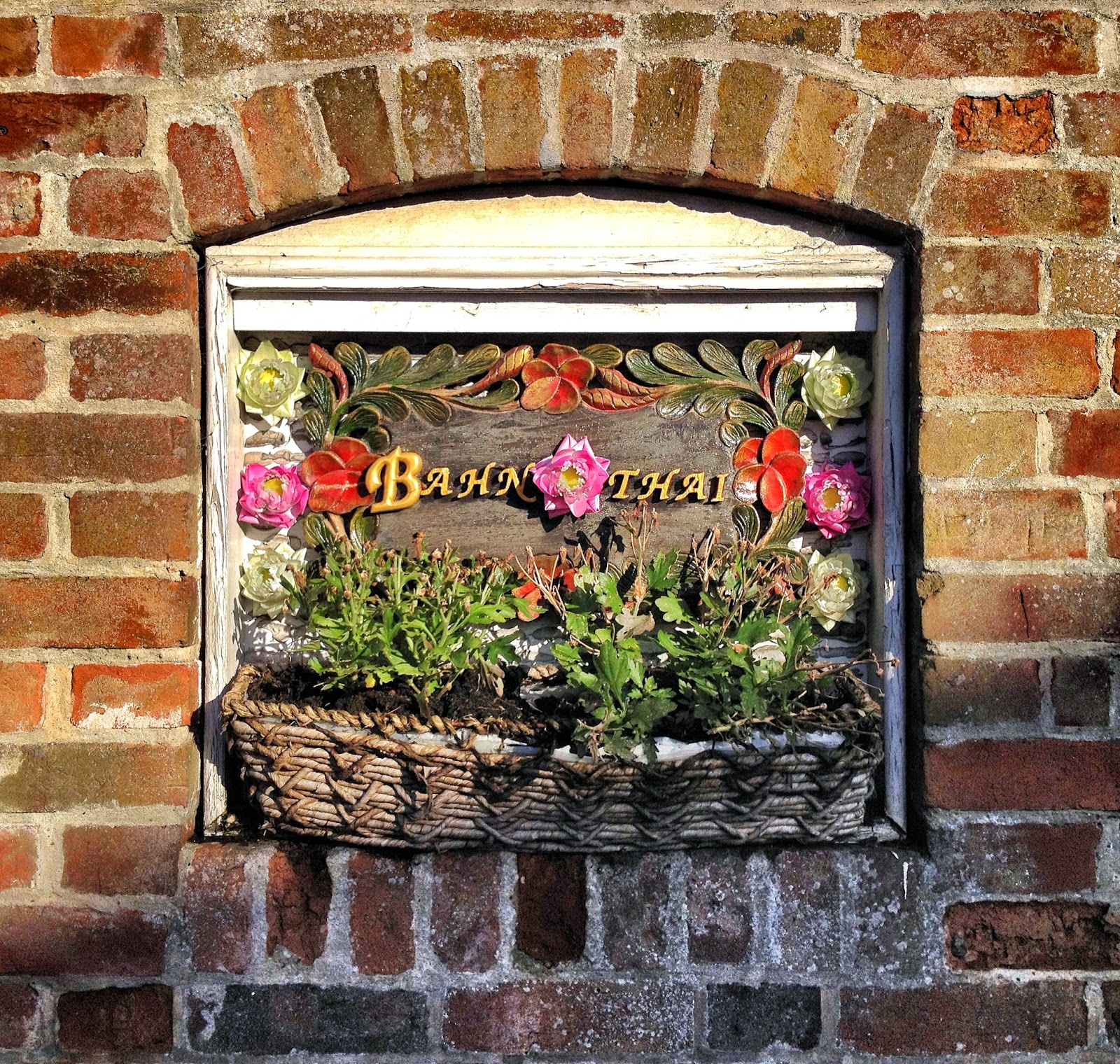 And this is what remains of the old market toll house at Bridge Street. 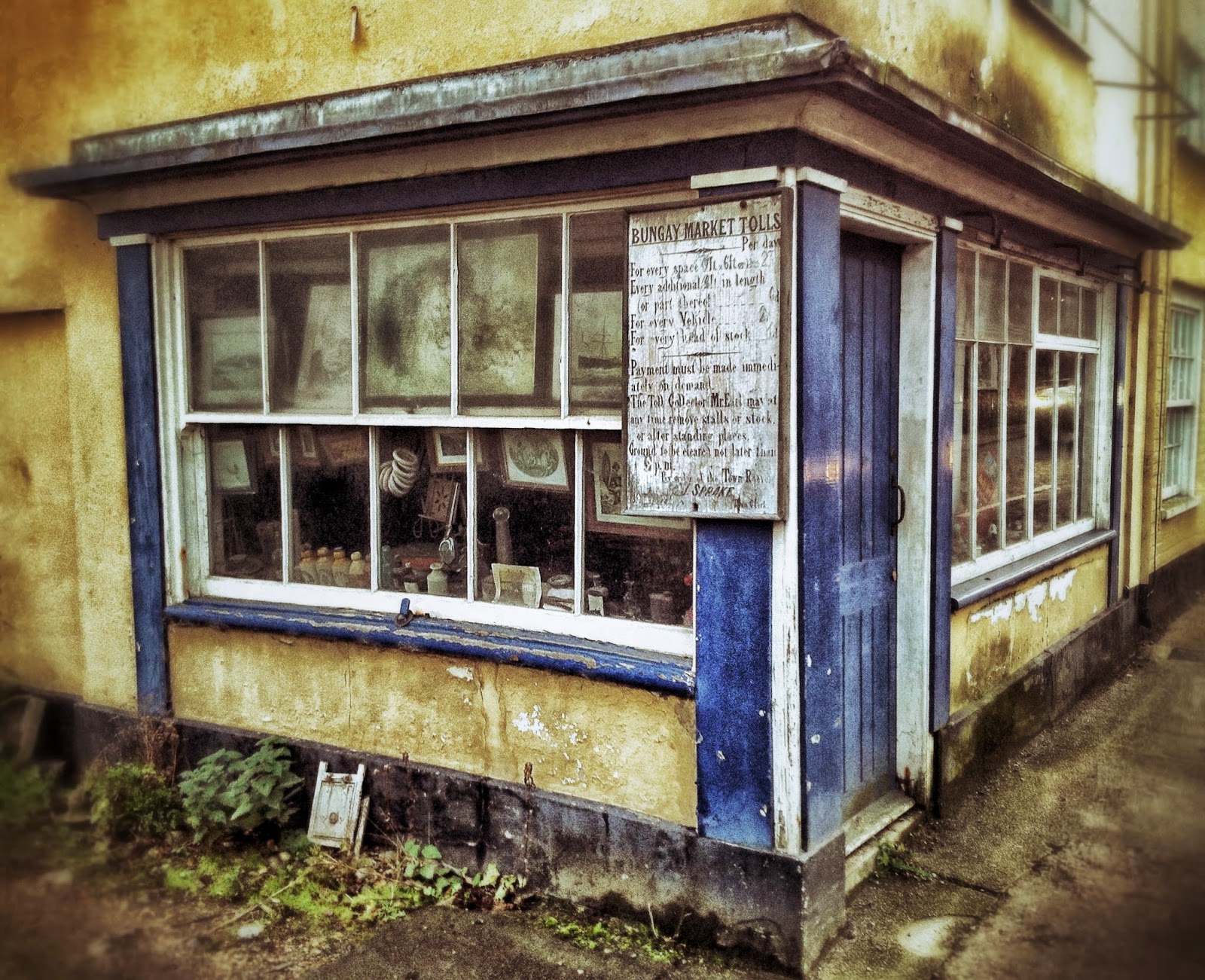