AUSTIN OF ENGLAND AT THE CHURCHILL VINTAGE AND CLASSIC CAR SHOW

IF YOU LIKE VINTAGE AND CLASSIC CARS then the biennial Churchill Vintage and Classic Car Show is a must-go day out. It is held on the wide sweep of Churchill’s village green in the Cotswolds, not far from Oxford. The 2016 event, on Sunday, June 5, promises to be as good as ever.


David Jefferis: Churchill village is only a few minutes from The English Eye base in Chipping Norton, and is a near-neighbour of the ex-Top Gear TV show presenter Jeremy Clarkson (now presenting on Amazon) while a recent British Prime Minister, David Cameron, also lives a few minutes away.

The Churchill show is a powerful reminder of past names in the auto world, including one of the most popular world marques, Austin. A confident, chrome-plated ‘Austin of England’ logo (above) cast in flowing italic script was applied to every Austin car in the early 1950s, as both decoration and product differentiator.

However, some reports claimed that parts suppliers from non-English parts of the UK were not so happy about its use. This seems unlikely to The English Eye though, as the terms ‘Made in England’ and ‘Made in Great Britain’ were used by plenty of manufacturers. This was particularly true for exports, as the words were seen as respected badges of quality in many markets. 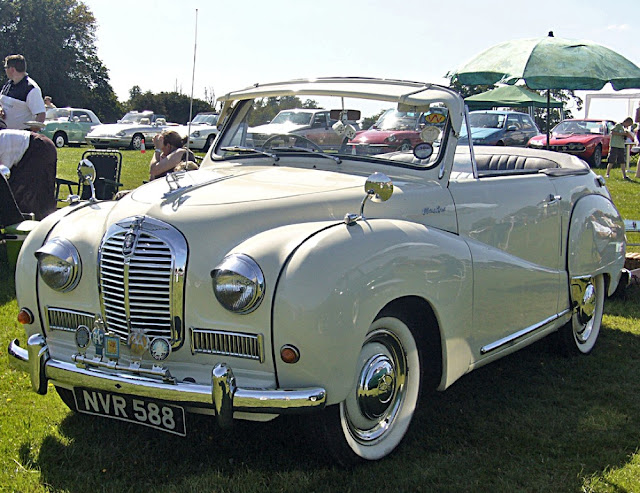 No matter: at the time, England - and Austin - were still recovering from World War II. During that time the company, based in Longbridge, Birmingham, built cars and trucks, and also assembled aircraft, including Avro Lancaster bombers of the famed ‘Dambusters’ 617 squadron.

In fact, planning for post-war production started while the war still raged, and new cars were announced in 1944, with production getting underway the following year. The immediate post-war range was similar to Austin’s late-1930s cars, though one important technical breakthrough included a new overhead-valve engine.

The Austin of England title was promoted everywhere. On the cars, it was applied along the side, in front of the door, as shown in the splendid Mark Fosh picture of an Austin Somerset convertible (above). The logoscript also featured in adverts and sales materials, and very good it looked too. 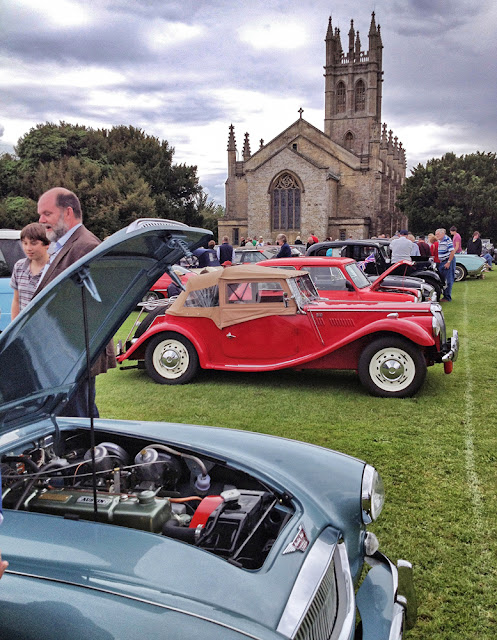 These pictures were taken at the 2012 Churchill Vintage and Classic Car Show, held during a relentlessly cool and damp summer. But it was dry for the show, so enjoy the shots, which we took with a trusty iPhone 4s. It's about to be upgraded to a 5se, just in time for more snapping at the 2016 show, on June 5.

Click here for the Churchill and Sarsden website, which has full details. The chromed radiator script (below) names the first Austin sales hit, which was commonly seen on the highways and byways of England, from 1922-39. 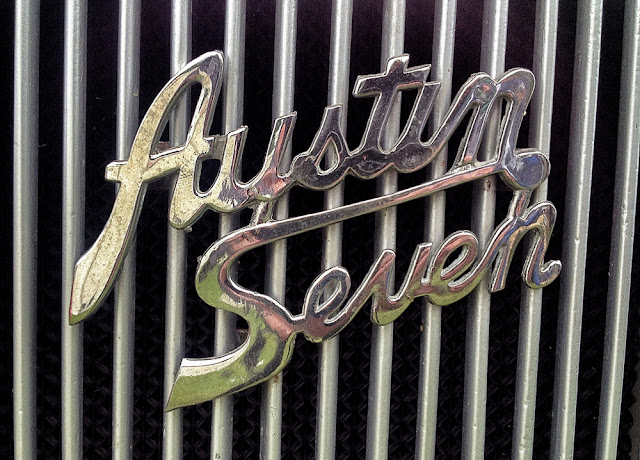 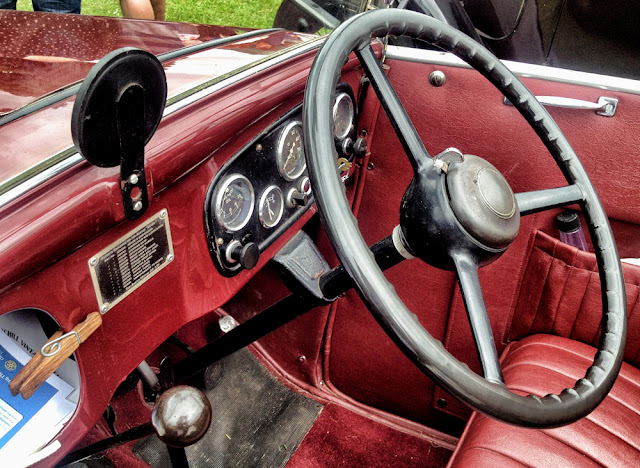 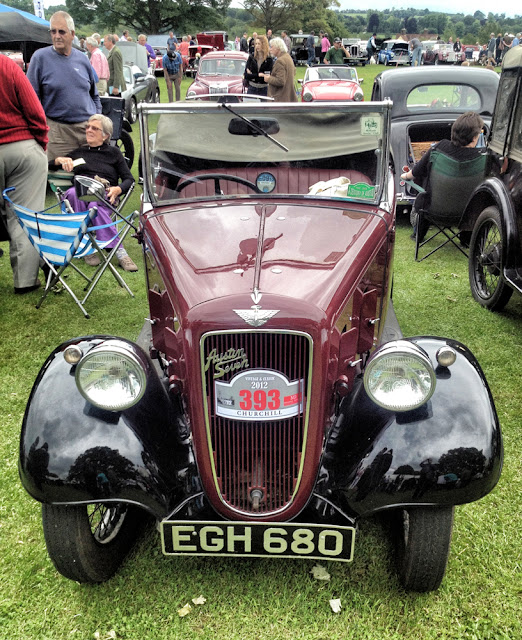 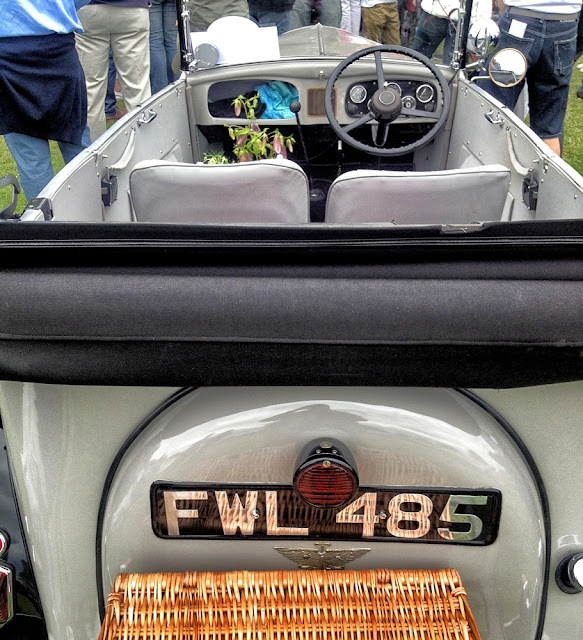 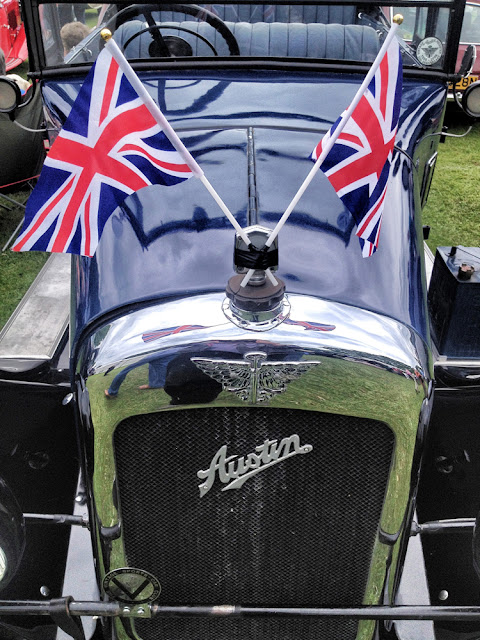 The winged steering wheel badge (above, below) appeared as a motif on millions of Austin cars. 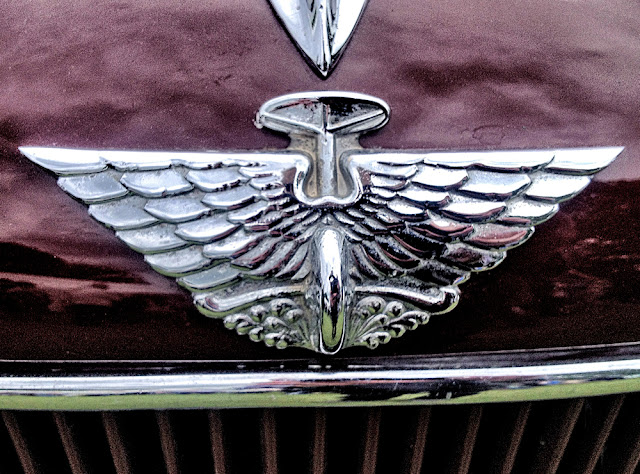 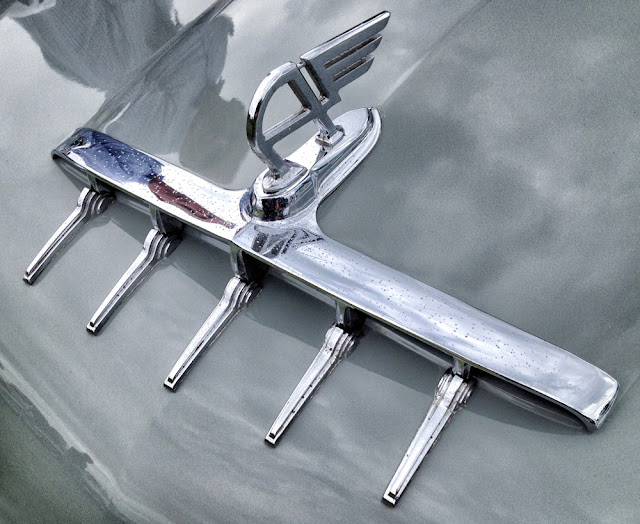 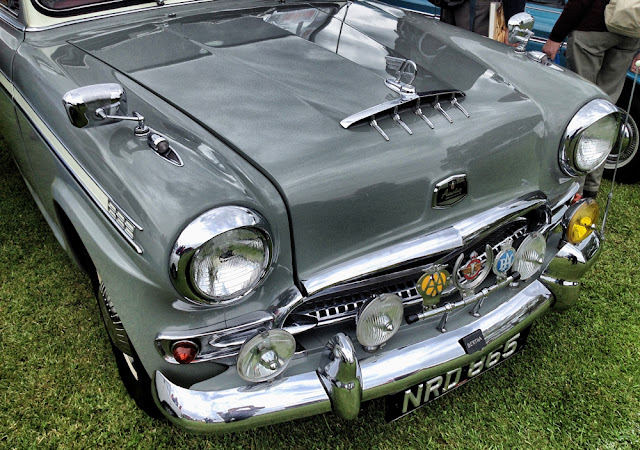 Later Austins (above) featured a simplified winged 'A' which looked more modern. Note the tiny sidelights, but plenty of chrome trim, a style-import from US designs of the time.