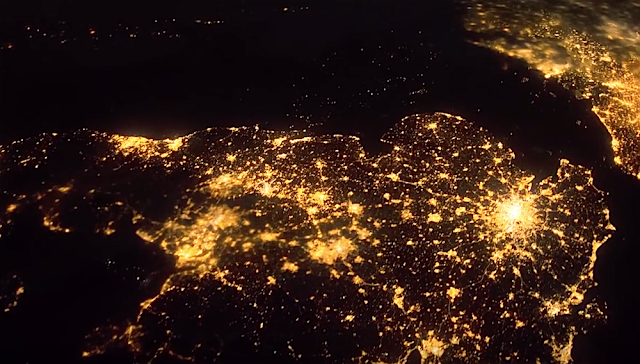 FROM SPACE, OUR WORLD blazes at night with the electric intensity of human activity, a direct visualization of the towns and cities where we live. And this new IMAX movie shows some all too brief glimpses of the British Isles, and England.

David Jefferis: From the International Space Station (ISS) astronauts can see clearly the lights of our towns and cities. The ISS moves above our heads on an orbit that takes it over England in little more than a minute. Which is not so surprising, as the six-crew ISS circles the world at more than 17,000 mph.


A Beautiful Planet is a breathtaking portrait of Earth from space, and the view (below) of southern England illustrates the spread of our capital city, London. In the lower picture, you easily see the ring of the M25 orbital motorway, as well as the sinuous flow of the River Thames, curling eastward on its way to the North Sea. 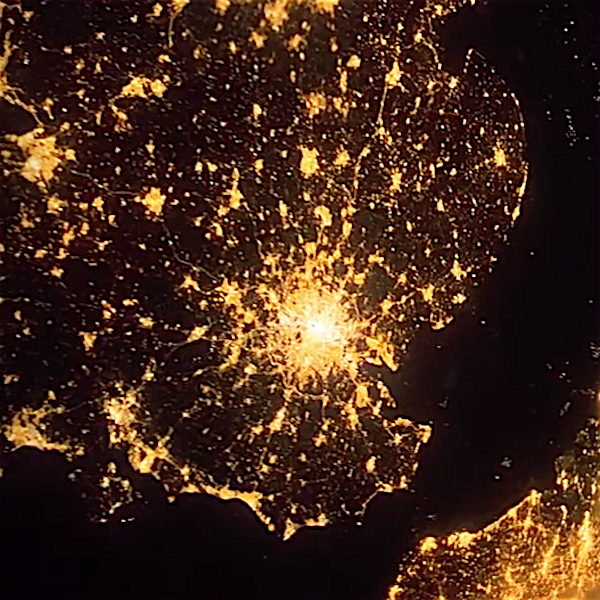 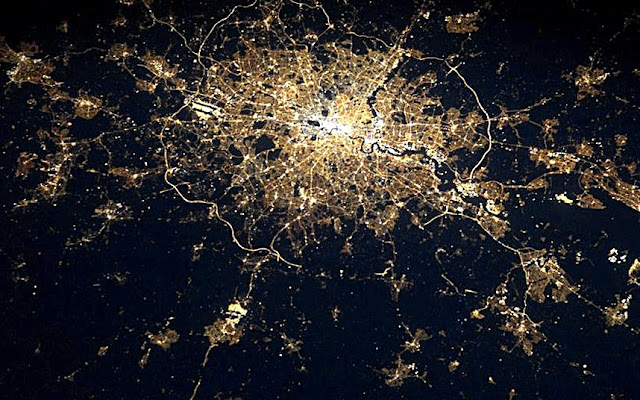 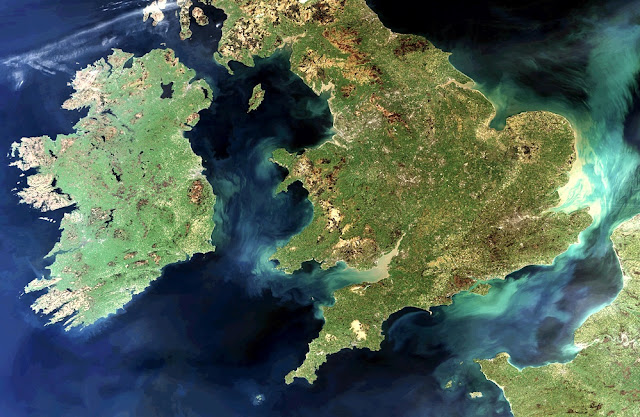 This view of the British Isles (above) was shot on one of those comparatively rare days when there were completely clear skies. Amazing, especially as I write this. Yesterday we basked in glorious sunshine from dawn to dusk, but today the weather has returned to 'normal.' That's to say there is a solid grey cloud cover, from which pours a quietly soaking drizzle! 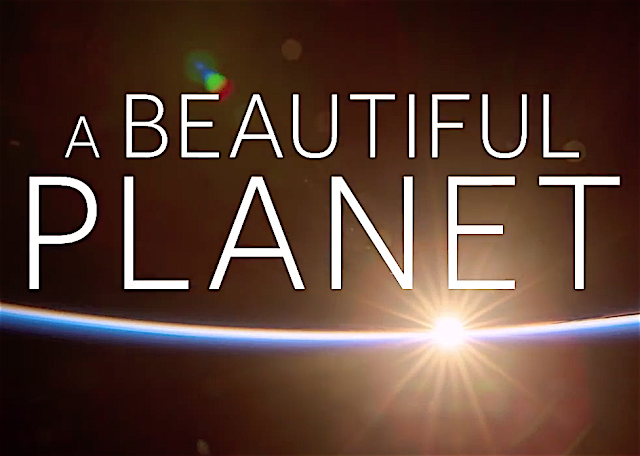 The IMAX film looks excellent, following on from acclaimed documentaries such as Blue Planet, Hubble 3D, and Space Station 3D. The actress Jennifer Lawrence narrates; she is best-known for her role as Mystique in X-Men films, and as Katniss Everdeen in the Hunger Games movie series.

Footage for the film was shot by ISS astronauts over the course of three missions from November 2014, after Canon cameras and lenses were delivered to the space station via an uncrewed supply ship. Made in association with NASA, the film aims to educate viewers about Earth, but also to highlight the effects humanity has on the planet.