CHRISTOPHER NOLAN, director of sci-fi movies such as Inception, The Dark Knight and Interstellar has turned his talents to war movies.


TEE report: Scheduled for release in July 2017, Dunkirk will star Tom Hardy, Fionn Whitehead, and Kenneth Branagh. Let's hope that Nolan makes a decent job of it, otherwise there will be plenty of righteously outraged Brits making complaints.

Nolan's Dunkirk is not before time, bearing in mind the importance of Operation Dynamo, as the 1940 evacuation from the beaches of France was known. The only other cinema release was the 1958 movie (poster below) that starred the British actors John Mills, Richard Attenborough and Bernard Lee. 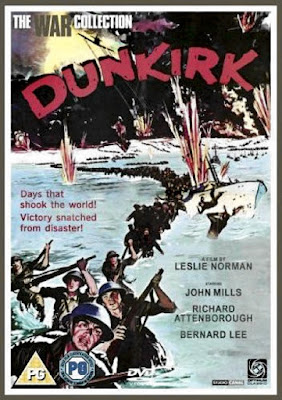 Three exit routes (marked in red, below) were used by 693 rescue ships. These ranged from a Royal Navy cruiser and 39 destroyers, to motorboats, tugboats and 311 assorted smaller civil vessels. Operation Dynamo was a hugely dangerous exercise for the rescuers. In all, 226 ships were sunk by enemy action. 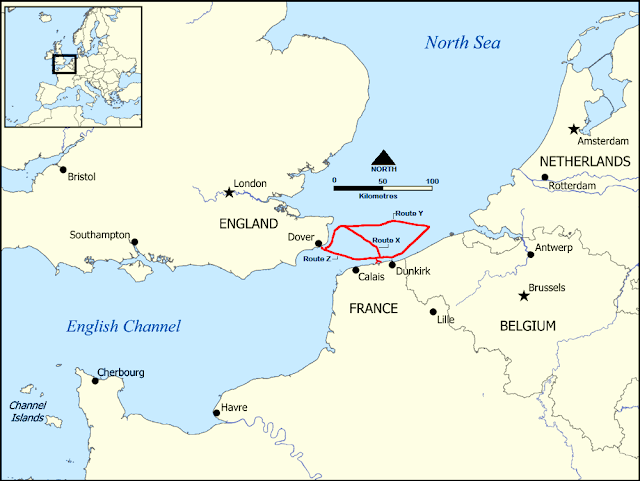 A line of soldiers (below) wading to a rescue ship. According to official statistics, from May 27 to June 4, a total of 338,226 personnel were landed safely in the retreat from France. 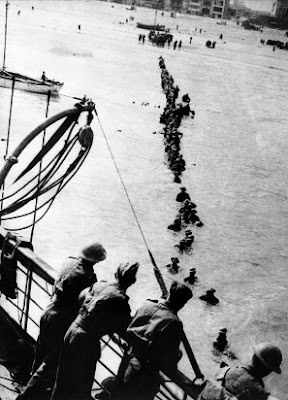