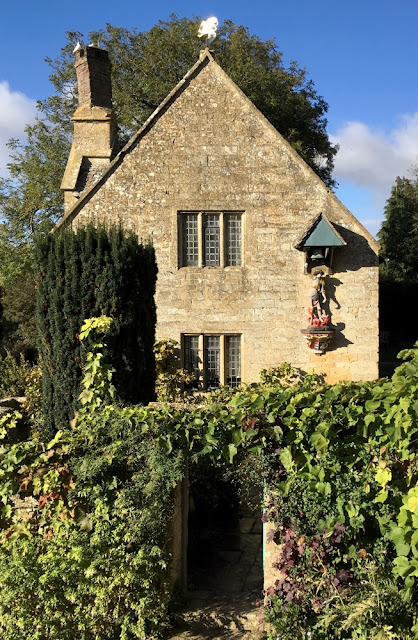 SNOWSHILL MANOR is a National Trust (NT) property nestling deep in the Cotswold Hills, not far from the tourist magnets of Broadway and Chipping Campden.


From the outside, Snowshill is a handsome building, typical of similar manors made from honey-coloured Cotswold stone. However, go through the door and inside you will find an extraordinary place, one that houses the eclectic collection built up over the years by Snowshill’s former owner, the late Charles Paget Wade (1883-1956).

Every room in Snowshill Manor is filled with a miscellany of objects (below) that range from model boats and Samurai warrior outfits, to toys and even an attic full of the bicycles that Wade collected. 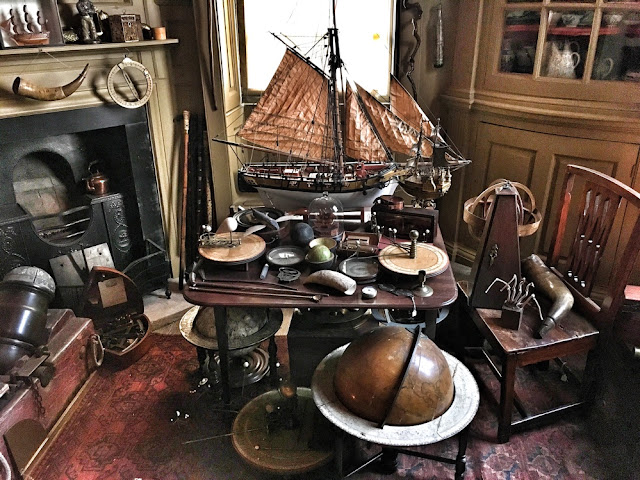 Today, Snowshill Manor is still much as Wade arranged it, so there are few labels and no spotlights or other display equipment you might expect to see. But that’s OK, as pottering around the various rooms will tell you plenty about Wade's fascinations, and the NT guides will fill you in on any missing details.

The pictures (below) are of Wolf’s Cove, a hand-crafted model harbour that is presented behind a picture window inside Snowshill. And right now, a restoration group is aiming to reinstate an outdoor Wolf's Cove, a model village in the garden. 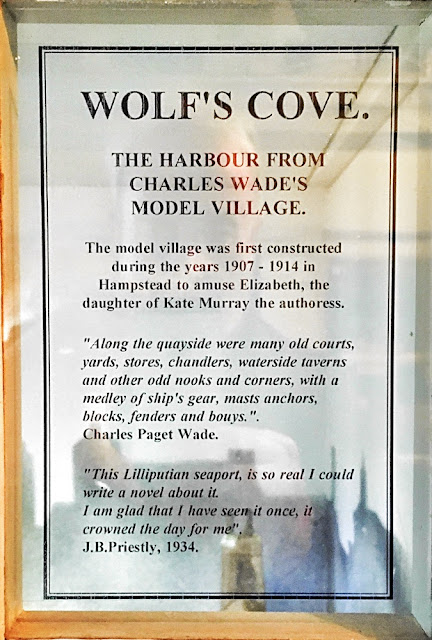 The project is due for completion in 2019, and there is still plenty to do. National Trust Archaeologist Nancy Grace says of the project: "…Snowshill's lost village, called Wolf’s Cove, is being excavated and completely reconstructed, based on documents and archaeological evidence."

Meanwhile, the indoor Wolf's Cove I can be seen (below) behind this display cabinet's multi-pane window. 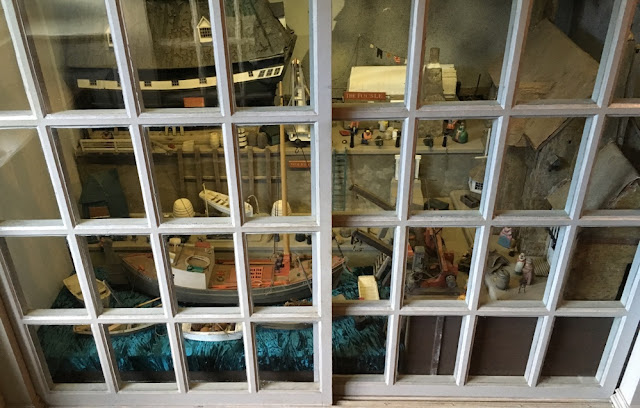 No model kit components here, as everything was hand-made. 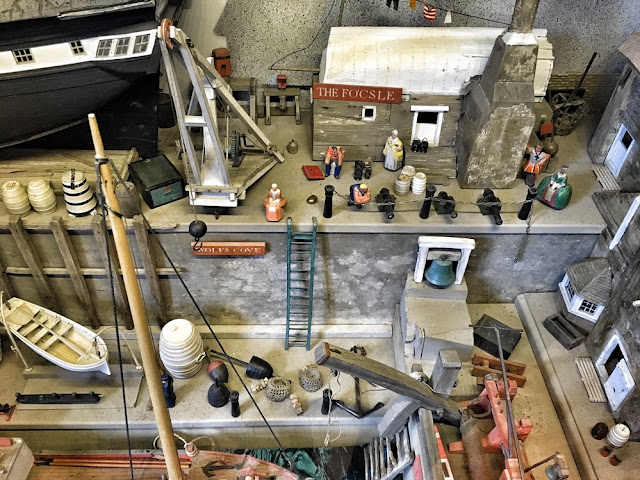 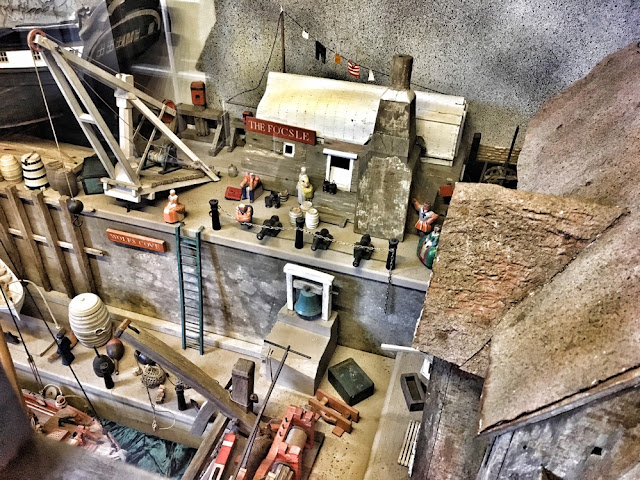 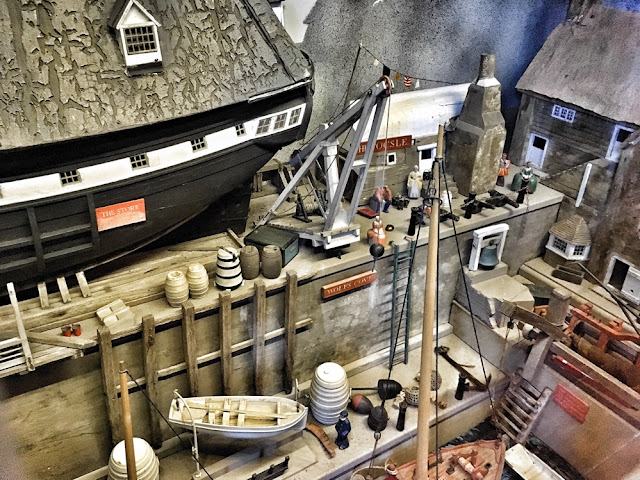 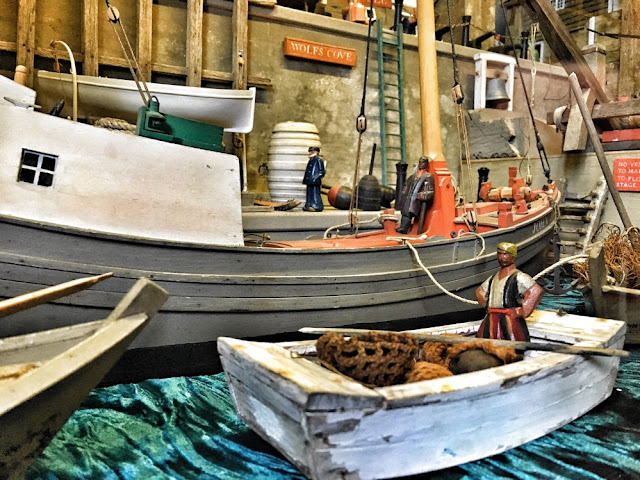 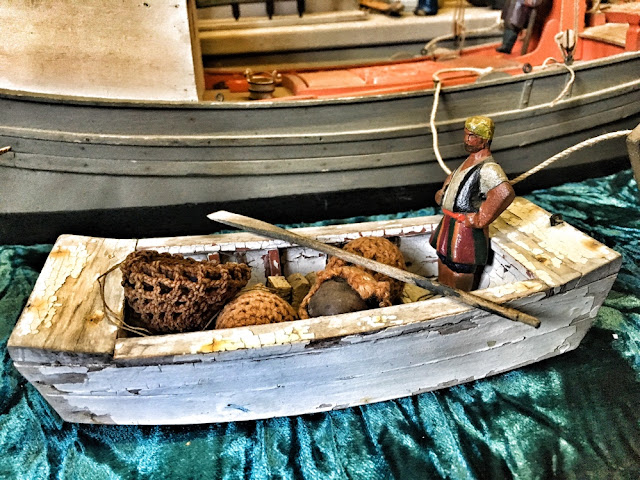 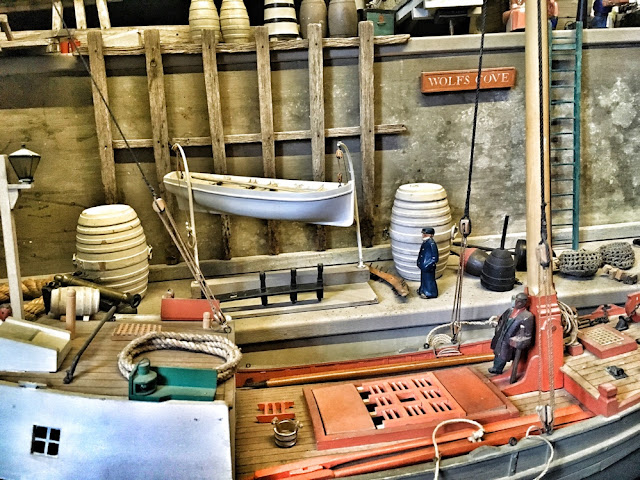 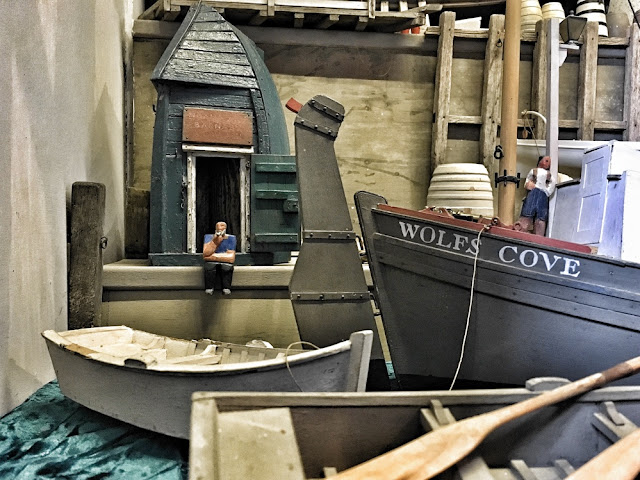 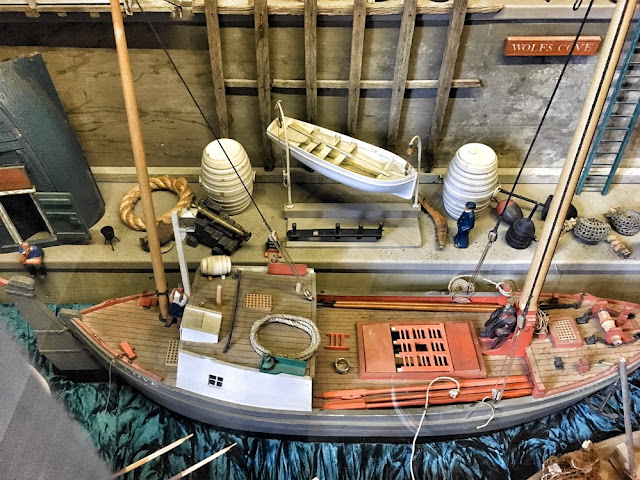 Nancy goes on: "...Quirky and true to Snowshill’s spirit of place, Wolf’s Cove was a model village with canals, harbour and a railway, created and developed into the 1930s, and then removed in the 1970s."

When finished, the outdoor Wolf's Cove will feature a working model railway and canal system. There will be winding streets, with houses and figures.

How is the project being created? Model makers make their creations at home, then pass them over to staff and volunteers, who decorate the exteriors.

The Wolf's Cove garden project is reckoned to sum up all that Charles Wade valued, and should reflect the delight he took in ammassing a large house-ful of collectibles, and in Wolf’s Cover, creating a new miniature township.

Here at The English Eye, we hope that the finished project might end up rivalling that other tourist spot in the Cotswolds, the model village at Bourton-on-the-Water.

My personal favourite item (below) is the 'Weather Prognosticator' a Victorian-era device that combines barometer and thermometer in a splendidly Steampunk manner. 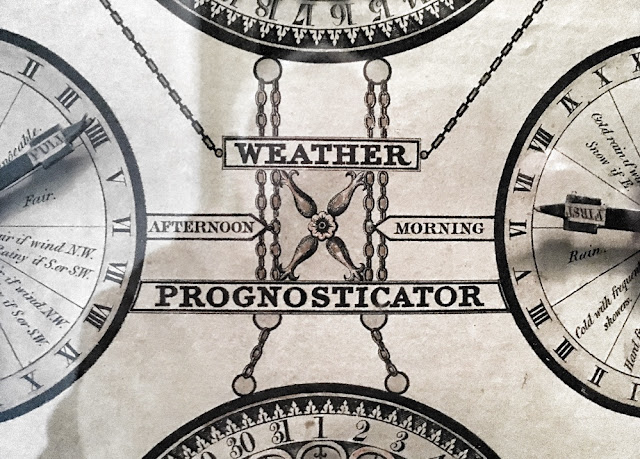 Click here for more on the National Trust and Snowshill Manor.