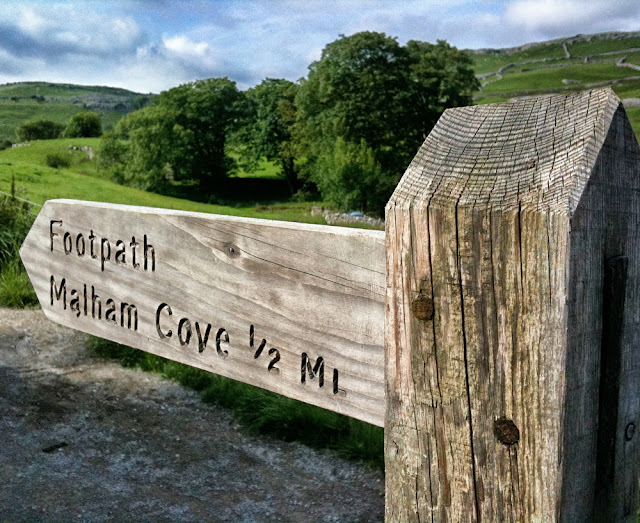 Well, that’s one legend anyway - apparently the Norse god Odin was riding his horse Sleipnir, when one of the giant beast’s hooves caught on the rocks, creating the horseshoe-shaped cove that’s the pride of Malham village .

A more scientific explanation is that Malham Cove was formed at the end of the last Ice Age, when a mighty waterfall thundered over the top. As the ice melted behind, the river retreated, instead carving underground passages through the limestone, leaving the near-dry rock face and valley of today. 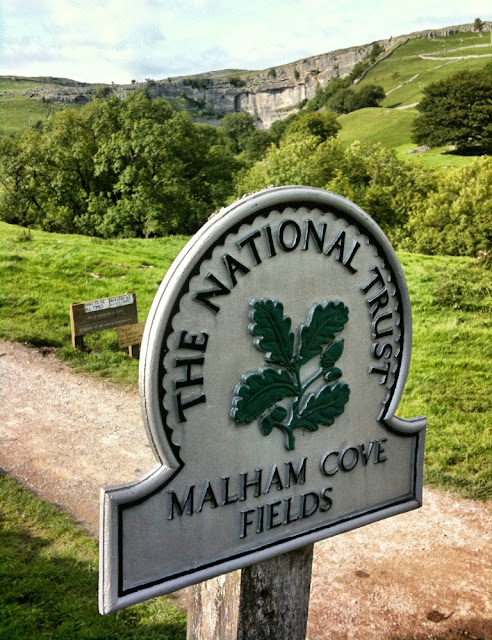 The cove is less than a mile from the small village of Malham, population 150, and is an easy stroll through National Trust-owned land, some of it next to a pretty little beck flowing past. You pass attractive wooden signposts, and traditional NT signage before walking through lush fields toward the Cove. 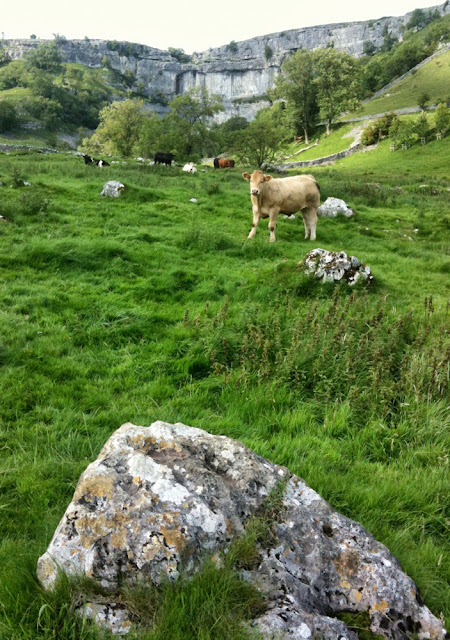 On the day I went, these cows were grazing on the rich grass, and a curious bunch they turned out to be, wondering over to say hello, while staying out of stroking distance. Leaving the cows behind, and walking nearer the Cove, its sheer size becomes apparent, an impressive hunk of landscape, with a rock face some 80 m (260 ft) high. The walk from Malham follows what is technically a ‘dry‘ valley, but the beck bubbles cheerfully through, and an ancient flat-stone bridge links the banks at one point. 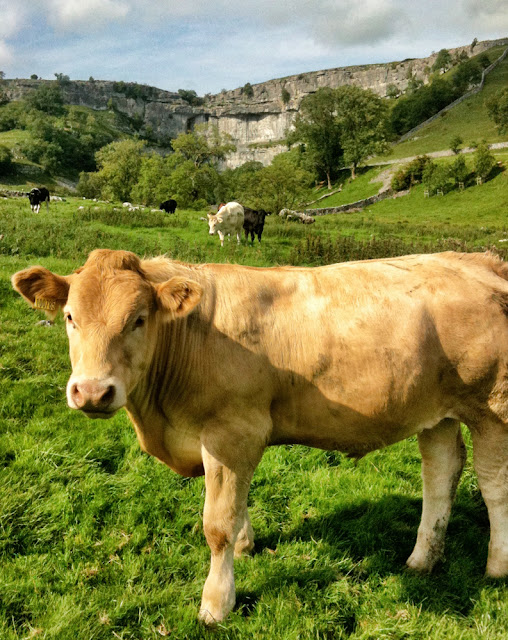 Behind the rock face is a complex system of limestone caves, many dating back 50,000 years or more. These are the reason why the valley below remains comparatively dry, for the caves swallow water from even the heaviest storms with ease. 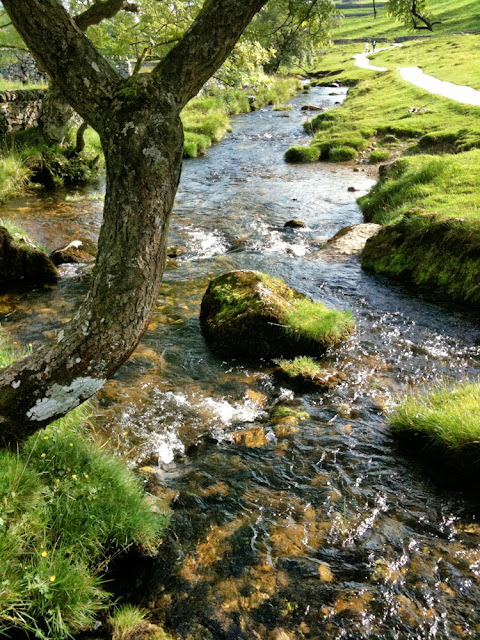 I first saw Malham Cove not in Yorkshire, but as a teen, visiting the Tate Gallery (now Tate Britain) at Millbank, London. J.M.W. Turner’s huge painting hung there in its full glory, and I fell for his work there and then. Today, the Turner Contemporary gallery in Margate is firmly on the ‘must visit’ list, even if Prince Charles and I probably agree on the appearance of the sternly plain-Jane building itself. 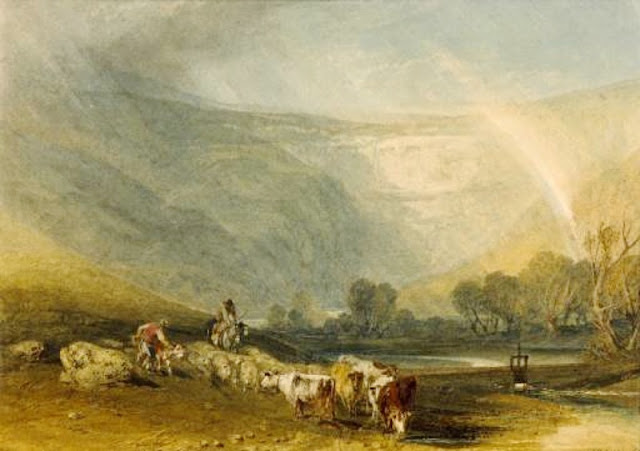 Harry Potter fans might like to know that parts of the 2009 movie ‘Harry Potter and the Deathly Hallows - Part 1’ were filmed here. And talking of movies, last but not least, here's an ultra-short trailer I shot with my last-model iPhone.


Summation
Hugely recommended, so go if you can, though you’re best to book a hotel or other accommodation beforehand if you plan to visit in a holiday period. Malham and the Cove are popular spots for visitors, and rightly so. 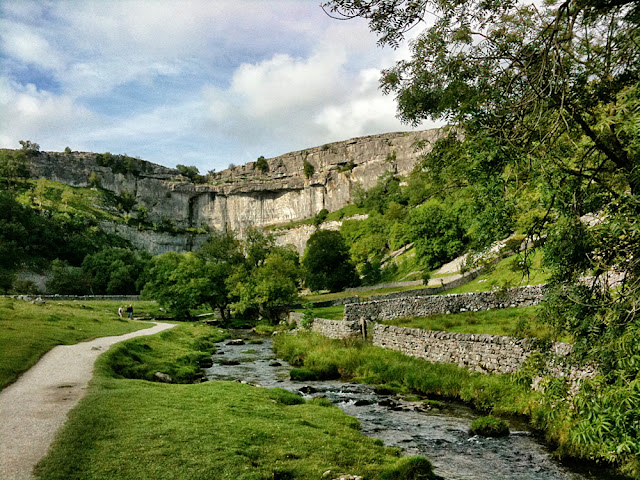