WITCH IN CHAINS AT THE HAWK STONE 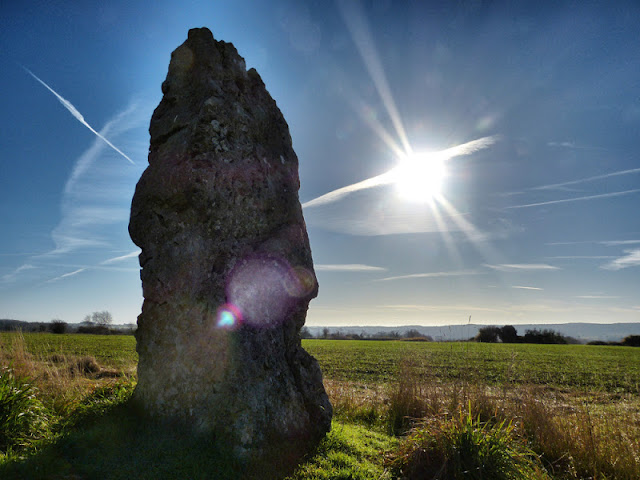 A lunchtime chat with a friend had me tracking down an ancient monument called the Hawk Stone, near Dean, the hamlet where British Prime Minister David Cameron lives. 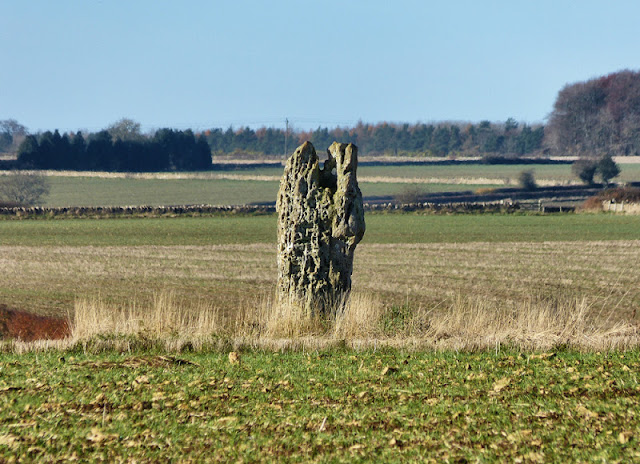 My Ordnance Survey map showed the Hawk Stone to be off an adjacent country lane, perhaps in a field or next to a public footpath, and that's where it proved to be, standing alone, an upright chunk of limestone some 7-8 feet high.

Not much is known about this piece of ancient history, which must weigh a tonne or more, not least because there has to be a goodly amount below the ground for it to have remained upright down the years. 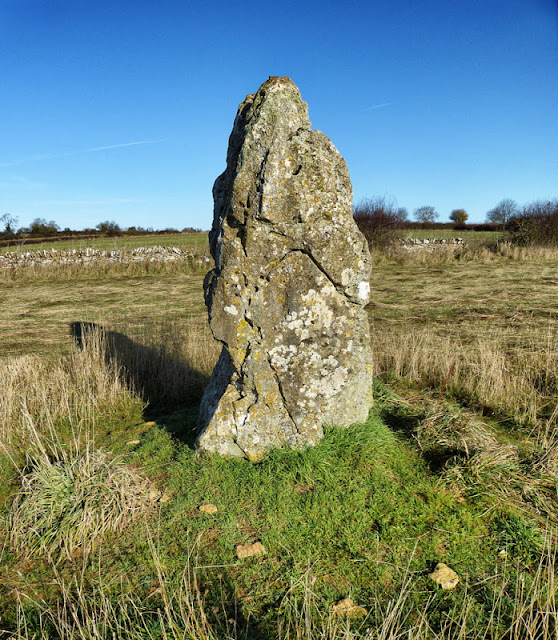 So why was the Hawk Stone erected? One theory reckons it formed part of a burial chamber, another that there was once an associated ring of standing stones - and do note in the pic above that someone has surrounded it with a mini-ring of rocks. My own dowsing rods indicated various alignments, perhaps even an east-west ley line, connecting to the Rollright Stones a few miles away. 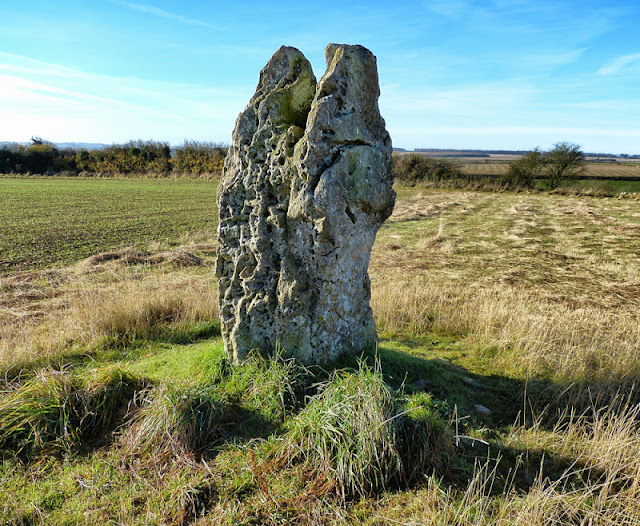 My favourite origins theory is that the Hawk Stone was used to tie down captured witches, using chains hooked through a hole in the top. Mind you, one colourful idea reckons that the stone was towed to its position by such an old hag... so who knows!

Here's a movie clip I just shot, though today was not as bright and sunny as for the stills pix. Note that I arranged the mini-ring of stones to add an extra little something to this enigmatic spot.

As for the name, it could have been connected with the bird, or - perhaps as likely - a version of the old word 'hoar', meaning old. And talking of hoar, there is a Hoar Stone and burial mound not far away.