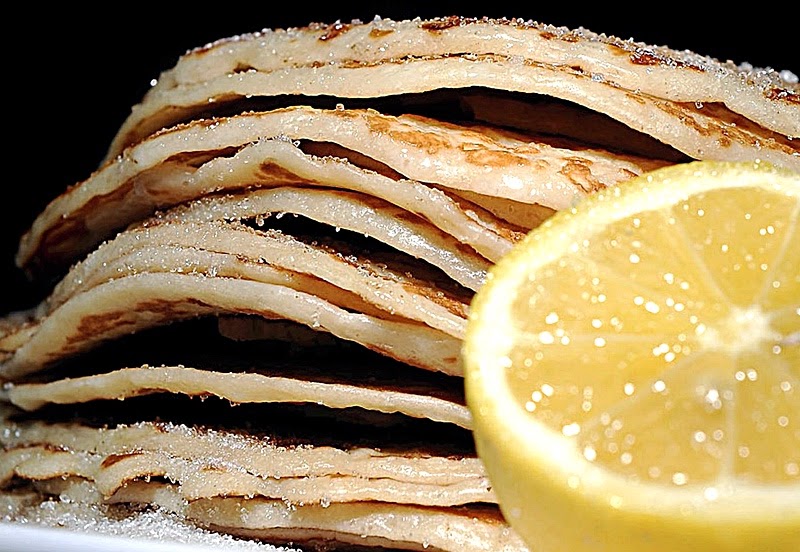 PANCAKE DAY IS A TIME TO CELEBRATE the coming of spring, and to banish those end-of-winter blues. In Harleston, South Norfolk, Shrove Tuesday is celebrated by pancake races down the main street, called The Thoroughfare.

The street is closed to traffic while the races are run, and there are various classes in which young and old alike can compete. As you can see in the video (below) this year's pancake racers ran the course in bright sunshine, on a truly spring-like day.

Pancake Day itself dates back to antiquity, the oldest known race in England being in Olney, Buckinghamshire, since 1445.

According to the local story, a housewife, "...was so busy making pancakes that she forgot the time until she heard the church bells ringing for the service. She raced out of the house to church while still carrying her frying pan and pancake, tossing it to prevent it from burning."

Well, that's the story anyway! Pancake Day, or Shrove Tuesday, is a moveable festival, being the last day before Lent, so tucking in to plenty of food was a good idea before the fast.

The idea of pancakes is thought to have originated in central and eastern Europe, with Slavic peoples who celebrated what they saw as a battle between the gods of winter and springtime. The shape of a pancake was a clue to its purpose, for the round golden-brown disc represents the Sun, its warmth and strength in months to come.

As for cooking pancakes, all a good mixture needs is a blend of eggs, flour and water, with a pinch of salt and a little oil or butter for the frying pan. What you add to the basic pancake is up to you. Purists like me stick mostly to sugar and freshly-squeezed lemon juice, but if you prefer berries and cream, or maple syrup and jam - or whatever you like - then it's your choice. They're all good!