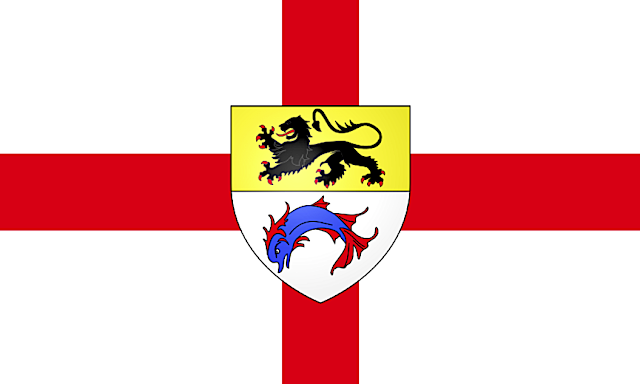 SNATCHING VICTORY FROM THE JAWS of defeat was one description of the 1940 British withdrawal from France.

British Prime Minister Winston Churchill called the events in France “a colossal military disaster.” He said that “the whole root and core and brain of the British Army” had been stranded at Dunkirk, and seemed about to perish or be captured.

But in Churchill’s “We shall fight on the beaches” speech on June 4, 1940, he hailed the rescue effort as a “miracle of deliverance.”

During the eight days that it took to clear the beaches, no less than 338,226 soldiers were taken back to England by a hastily assembled fleet of military and civilian shipping.

Judging from the trailer, Christopher Nolan’s movie Dunkirk looks to be a big hit this year.

The Dunkirk Jack (header pic) was struck to commemorate the operation, with the St George's Cross, defaced with the arms of Dunkirk. It is the warranted house flag of the Association of Dunkirk Little Ships, and can be flown only by civilian vessels that took part in the Dunkirk rescue operation.

Click here for more info and an earlier trailer at The English Eye.