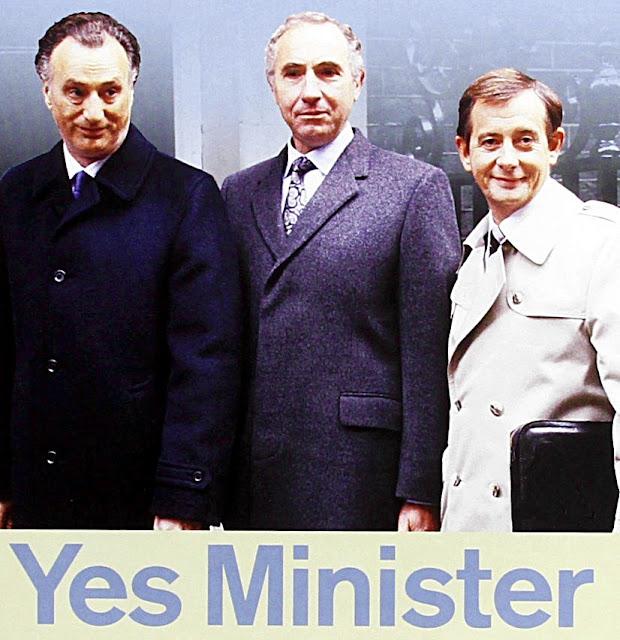 'YES MINISTER' WAS CREATED as a satirical British sitcom, written by Sir Antony Jay and Jonathan Lynn. It was transmitted by BBC TV between 1980 and 1984, over three seven-episode series.


Thirty-eight Yes Minister shows were made, videotaped in front of a studio audience. According to reports, the producers reckoned this was a kind of insurance, in case the jokes upset politicians of the time. It was thought that they would be unable to put pressure on the BBC not to run the comedy if a live audience of more than 200 people were “falling about with laughter.”

Actually, of course, the show was favourite viewing for Margaret Thatcher, the British Prime Minister of the time, who must have relished the barbed accuracy of the scripts.

The pilot for Yes Minister was produced in 1979, but was delayed in case it could affect the results of the May 1979 British General Election. It finally aired some months later, in February 1980.

As you can see (below) from this particular episode, the writers depicted a Britain that was somewhat semi-detached from the ideal of ‘ever closer union’ with Europe. Also, don't forget that the scripts were penned decades ago - in fact, from before the EU was created!

DVDs are available (below) for Yes Minister, and its follow-up series, Yes Prime Minister. Click here to view. 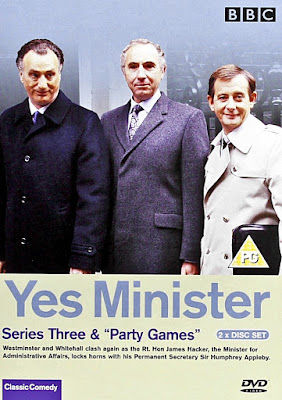