THE PARTY SEASON IS HERE, BUT EDWARD STONE'S DISCOVERY EASES THE ACHES OF THE MORNING AFTER 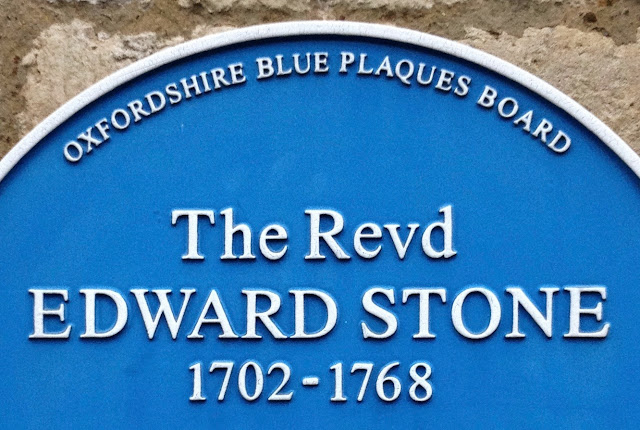 Oxford University don and clergyman Edward Stone lived in and around Chipping Norton in the 18th century. For a time he lived on the site of the old Hitchmans Brewery in West Street, where you can see this blue plaque.

Stone was something of a Renaissance Man, being at various times a Justice of the Peace, and chaplain at nearby Bruern. But it’s for his work in medicine that he is best remembered.

Walking near Chipping Norton one day, Stone broke off and nibbled a piece of bark from a willow tree - he was suffering from various aches and pains (‘agues’) at the time - and was struck by its bitter taste. Knowing that the Peruvian cinchona tree - from which quinine is derived - has a similarly sharp taste, he wondered if the willow might also have therapeutic properties. 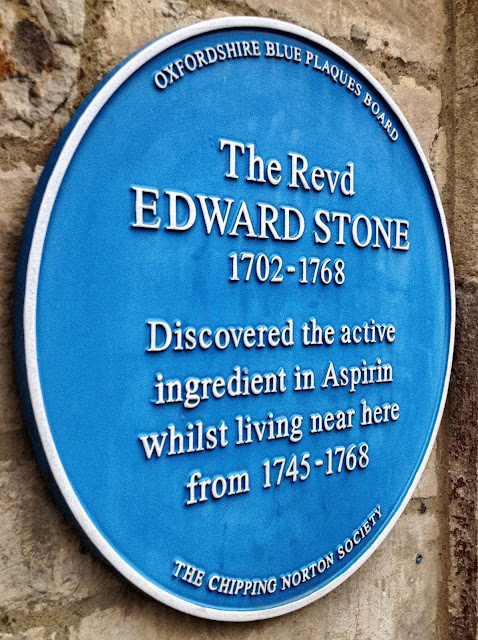 Stone proceeded with research by powdering some bark, mixing it with water, then giving the resulting potion to 50 or so people as a curative. The results were highly successful, Stone describing his compound as, “...very efficacious in curing agues and intermitting disorders.” In medical terms, his discovery was to isolate the active ingredient in aspirin, salicylic acid.

Of course, Edward Stone’s work was really more of a rediscovery, as the use of willow bark goes back to the days of Ancient Greece, when Hippocrates prescribed it around 400 BC as a pain-relieving cure-all. However, as with many other discoveries of both the Greeks and Romans, the willow’s usefulness was lost in the mists of time, surviving only in folklore, to be mostly ignored or derided by doctors of the Middle Ages.