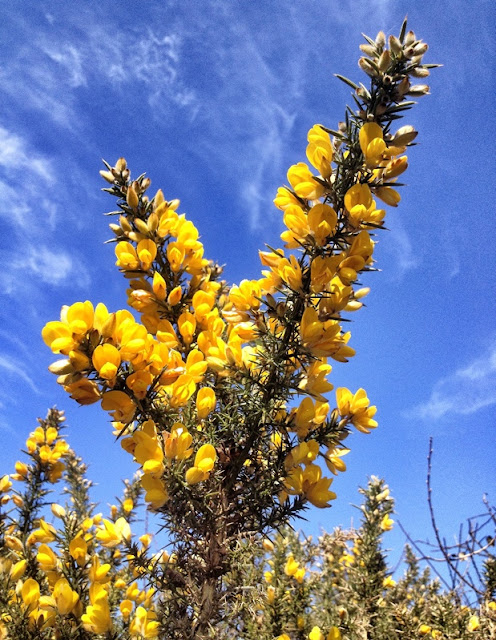 A recent trip to Pembrokeshire, known as ‘Little England in Wales’ gave us some of the best weather for months, with clear sun and blue skies, even if the easterly winds remained strong and icy-cold.


Where did Pembrokshire get its ‘Little England’ title? The story goes back nearly 1000 years, when the Normans established an outpost of the crown in Pembroke, in 1093. Since then, the area has kept many Norman place names not normally found elsewhere in Wales. 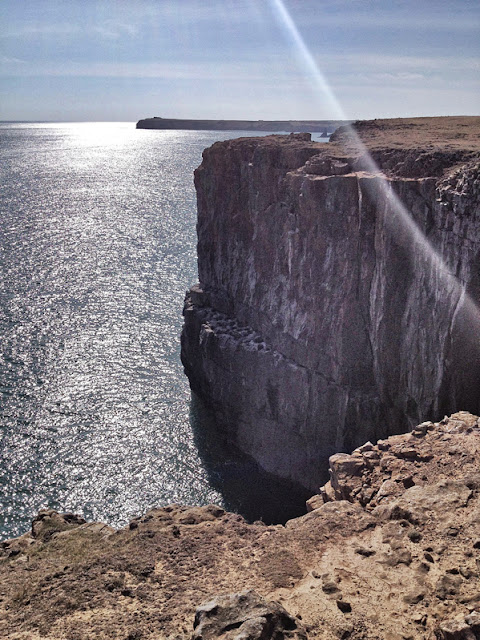 But now a new theory suggests that the Little England link might be even older, as the English language itself may have originated in the village of Angle, a few miles west of Pembroke.

US author Thomas D. Brown claims that there has never been a satisfactory place of origin for the Angles, the early tribe that gave its name to England. His theory is that Germanic people from mainland Europe established bases in Angle village, and also the island of Anglesey.

From these home bases, Angle warriors and traders travelled cross-country to East Anglia, bringing their language with them. In Brown’s words, “It seems that the term English, derived from the term 'Anglish', had its beginning not on the continent of Europe, but in southwestern Wales. Yes, England and the English language are products of Wales.”

True or not, it’s an interesting theory, especially if you visit the area, which is packed with fascinating people and places, views and vistas.

My pictures, taken with an iPhone 4S, give you a taster for Little England, showing wild gorse (header) and towering sea cliffs facing to the south. Stackpole Quay (above) provides safe harbour for small boats, while stick-like trees (below) stretch their branches to the sky, seeming more ghostly than real. In case you wondered, this is an abstracted image, aimed for wall hanging. More to come! 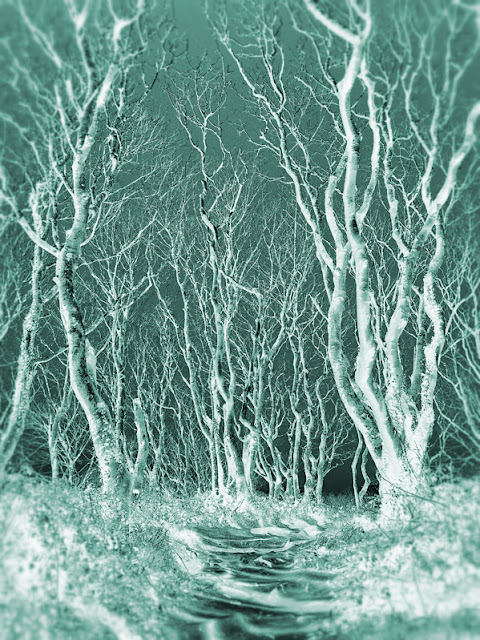 Thomas Brown's fascinating little book 'How Wales created England and the English language is sale online from Amazon below.