THE ENGLISH EYE IN WALES: TUDOR MERCHANT’S HOUSE IN TENBY 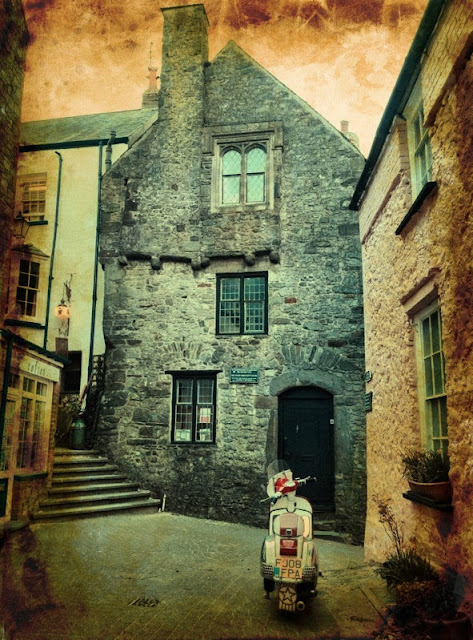 This narrow rough-hewn stone building dates back to the late 15th century, and it is now a mini-museum in the hands of the National Trust (NT), providing an excellent insight into Tenby's life and times half a millennium ago.


In the picture (header above) I've shown the building in a 'aged' format to suit the historical flavour, though the retro-trendy Vespa scooter in the foreground provides something of a counterpoint to that intention!

According to the National Trust, the first things you would have noticed on entering the house were hustle and bustle, and a variety of scents and smells: spices, rush matting, straw and sweet herbs among them. Indeed, the NT’s restoration relives at least some of these, as on my visit the entrance room reeked with assorted spiciness, making me feel rather like one of those urchin stars of the famous old ‘Bisto Kids’ advert. Outside the back door (below) is a small area that was used in Tudor times as a herb garden. These were most important, both for cooking and to keep vile odours at bay. 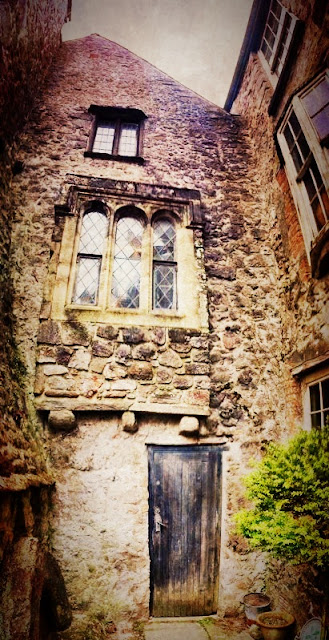 The fire in the great hearth (big enough to walk into) would have been kept going night and day, serving the dual functions of cooking and heating. In Tudor times, the main meal of the day was normally eaten late morning, when five or six courses were packed away, with nibbles or ‘conceits’ to pick at between courses. 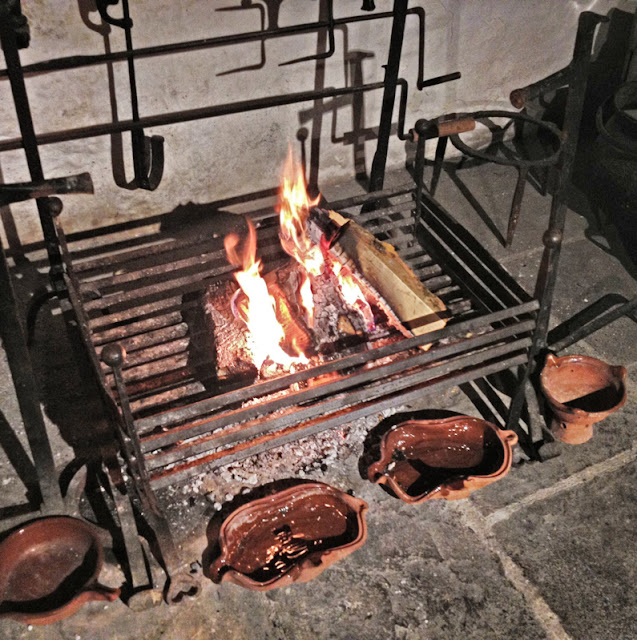 On my visit, much of the Tudor lifestyle seemed familiar enough, but perhaps the biggest difference between then and now is invisible - for superstition ruled the lives of our ancestors. Don’t spill your salt, never cross your knives or sharpen them after sunset, avoid throwing eggshells on the fire. These and dozens of other ‘don’ts’ were a part and parcel of daily life.

And what did they mean? You threw spilt salt over your left shoulder to blind the devil, crossing knives could have started arguments, sharpening knives after dark invited a murderer to the house. And as for eggshells on the fire, this was a most important no-no, especially for a merchant in the trading port of Tenby, as doing so invited mighty storms out at sea.

Most of us still regard the number 13 as unlucky, perhaps we avoid walking under ladders, and may keep an eye out for black cats crossing our path, so superstition is far from dead, even here in the 21st century. 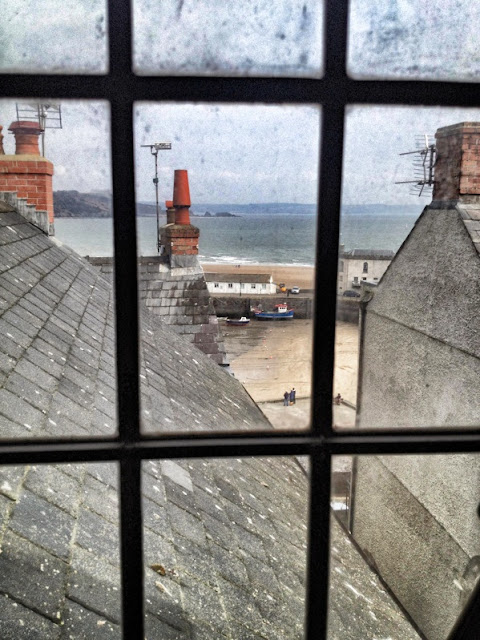