BOY'S OWN PAPER - 60 YEARS ON, A MAGAZINE FOR NOSTALGIA BUFFS 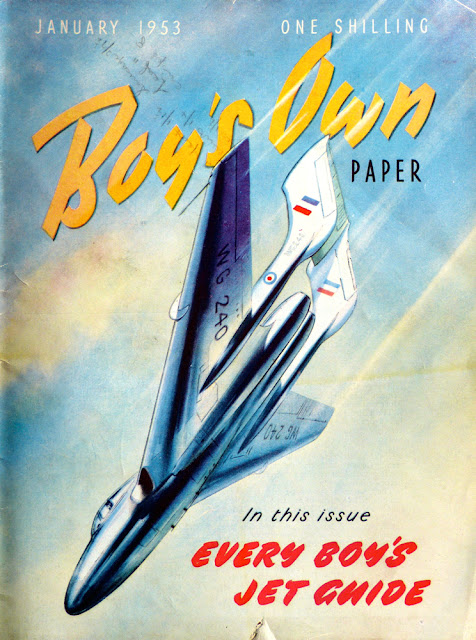 In the New Year, The English Eye is going to bring you the best of 'Boy's Own Paper' from 60 years ago, as an online edition.

The pages of BOP were produced from offices in Bouverie Street, London, and provide a fascinating insight into the commercial world of 1953, with adverts for all sorts of stuff long-since disappeared from the shops.

There are ads for stamp approvals, valve radios, wireless telegraphy lessons, Pyruma plastic cement, and many more. There are some familiar names, such as Cadburys chocolate, but they are mostly a pot-pourri of nostalgic delight to relish and enjoy - a closer look at a vanished world. 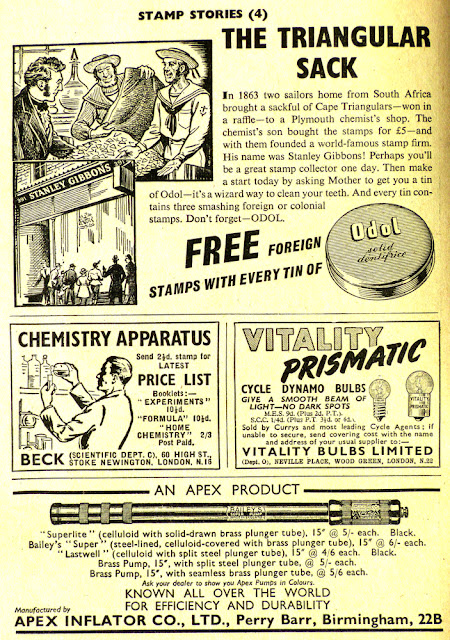 Every issue of the Boy's Own Paper was packed with articles and stories. In this January 1953 edition, there's 'Every Boy's Jet Guide', a 'Ten Minute Mystery', a story called 'The Test', in which our boy-hero Kalei is trapped on a an outrigger canoe with an armed man (below) who's mad enough to drink seawater, and that's just three of many interesting reads. 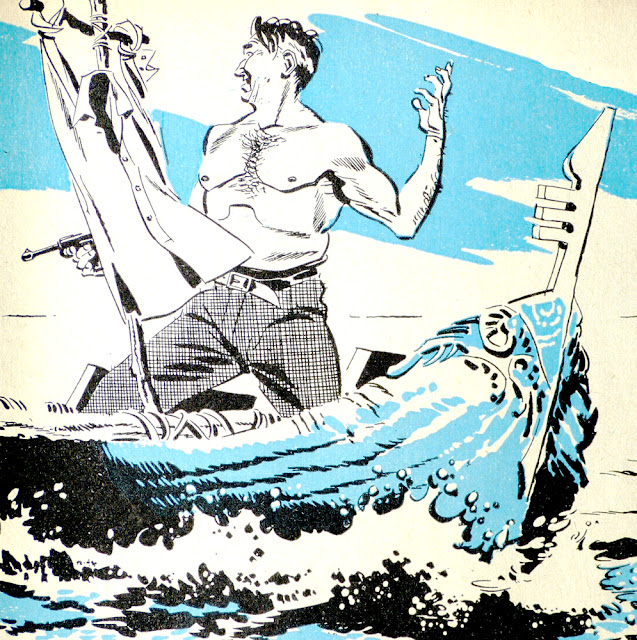 There's much more to read in the TEE Boy's Own Paper online edition, which will be ready after Christmas. 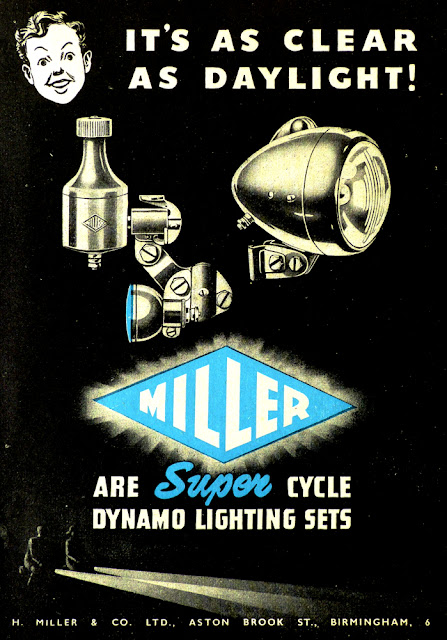