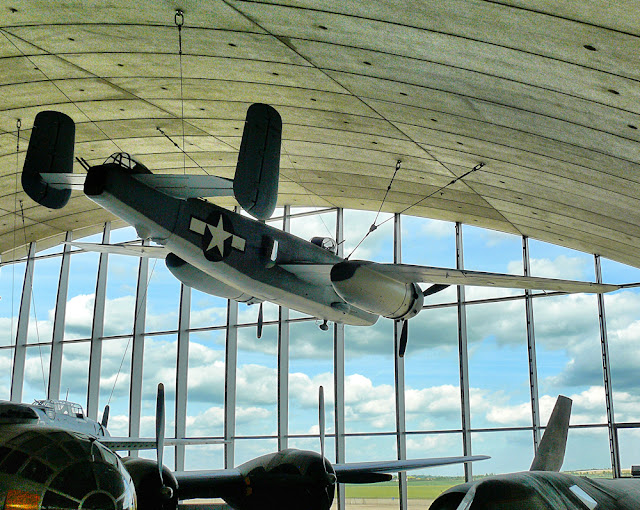 During World War II, eastern England was effectively a giant 'aircraft carrier' for the Allied invasion of Europe. And one of the best ways to get a feel of what was involved is to make a visit to Imperial War Museum Duxford, based a few miles south of the famed university town of Cambridge. 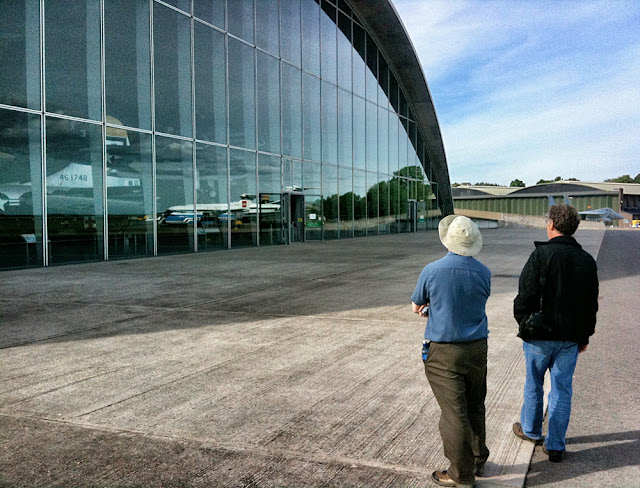 In IWM Duxford’s words, the American Air Museum, “...stands as a memorial to the 30,000 American airmen who gave their lives flying from UK bases during the Second World War, and also honours those who fought in Korea, Vietnam, Libya, Iraq and other conflicts and battles of the twentieth and twenty-first centuries.” 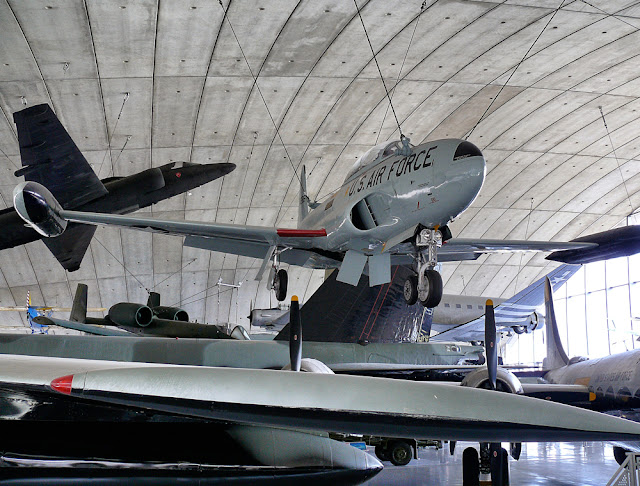 The American Air Museum opened in 1997, since when more than 5.5 million visitors have come to pay tribute to fallen airmen and to admire the outstanding collections and exhibits. It is housed in a ultra-modern steel, glass, and concrete building, designed by the world-renowned architectural practice, Foster and Partners. Actually, when I first saw the building (a week before it opened) I thought it could almost be taken for the saucer section of the USS ‘Enterprise’ from Star Trek! 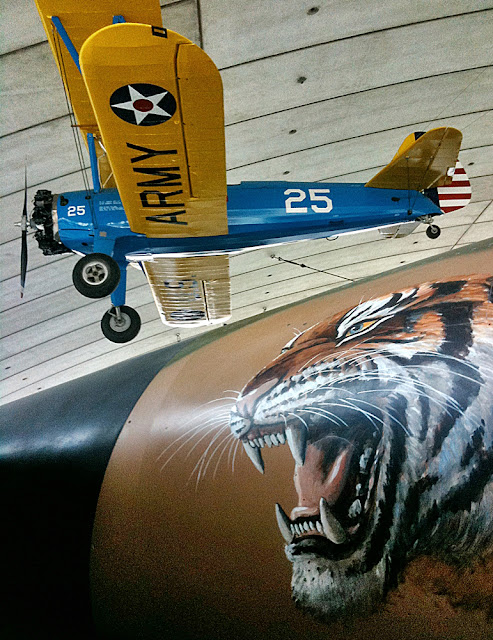 Inside, you see the largest collection of American 'warbirds' on display outside the US, including a vintage B-17 Flying Fortress, B-24 Liberator, B-25 Mitchell, P-47 Thunderbolt, plus Cold War-era jets, such as a huge B-52 Stratofortress bomber, ultra-fast SR-71 Blackbird spyplane, and an F-4 Phantom II fighter-bomber. 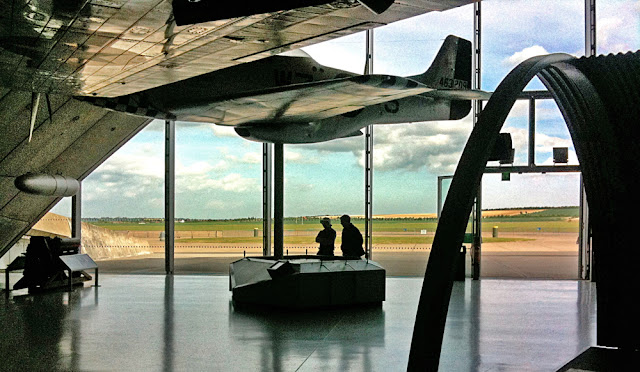 Foster came up with a terrific presentation scheme, in which you enter the building on a raised dais, to see aircraft parked on the floor below, and hanging from the concrete ceiling by slim cables. Everywhere you look, famous planes are there to drop your jaw, and very impressive they are, too.

For any aviation buff, or even if you only ‘quite’ like them, IWM Duxford makes a terrific day out, not forgetting that the American Air Museum is only one building - spread across the airfield are parked airliners, and hangars packed with droolworthy aircraft, many being repaired and furbished, such as the P-51 Mustang and the F-4F Martlet shown below. 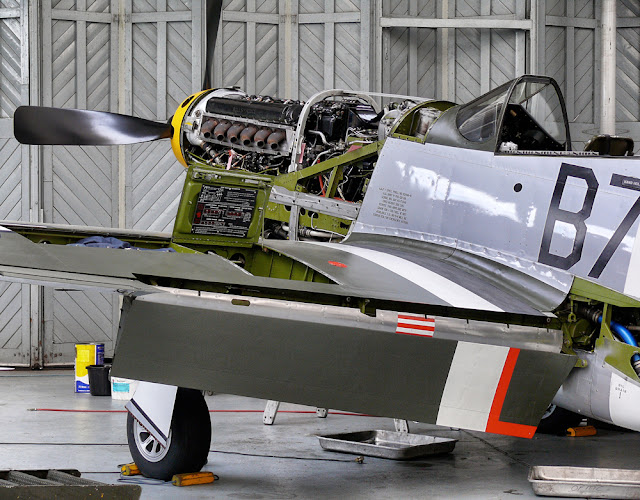 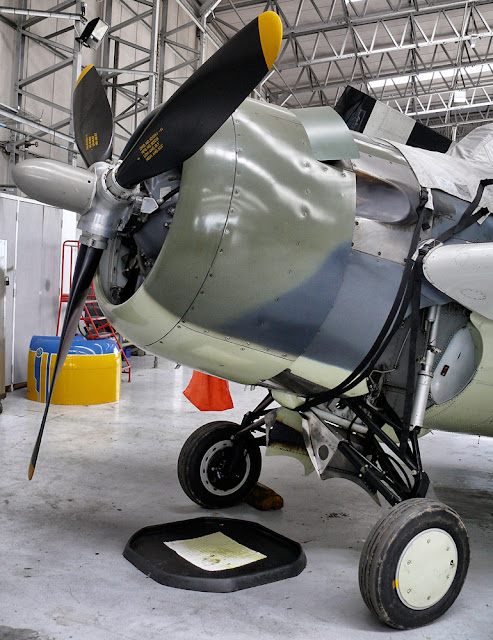 Last but not least, on sunny days, you might get a chance to fly in an old biplane - but that treat is for a future TEE edition...

Another World War II type undergoing a refurb, this is a Republic P-47 Thunderbolt, known affectionately to its pilots as the 'Jug.' This is an early 'razorback' version, with a sliding canopy; later P-47s had a bubble canopy for hugely improved all-round vision. Ah, I had to get that nugget of information out - it's not for nothing that I was once a plane-mad Air Cadet. 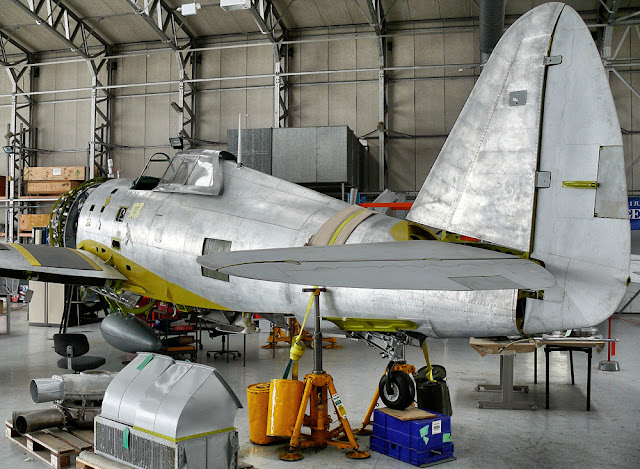