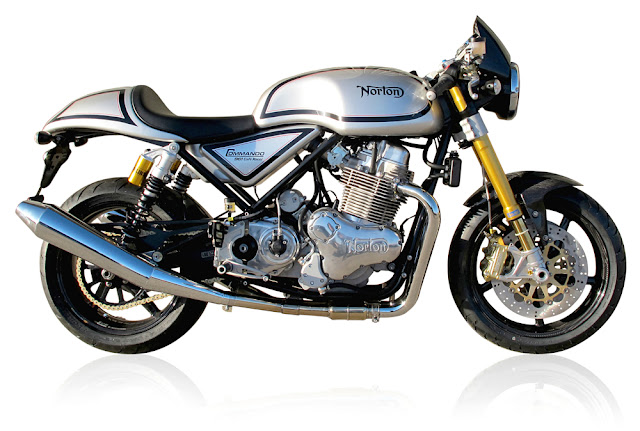 To motorcyclists of a certain age, the name Norton means the maker of a range of classic bikes that, along with machines from Triumph, ruled the roads of England in times past, their heyday the 1940s and 1950s. 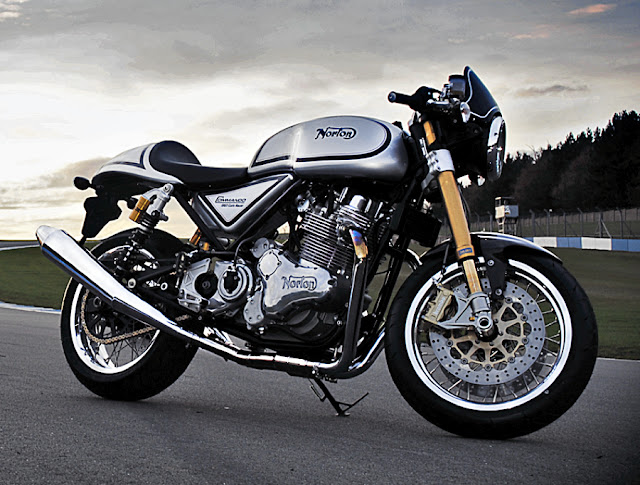 Now, after various changes of ownership, Norton has come back to England, with a new factory based at Donington Park, Leicestershire. The owner is businessman Stuart Garner, and star of the show is a 961 cc modernised Cafe Racer version of the Norton Commando, in its day a handsome brute of a bike. 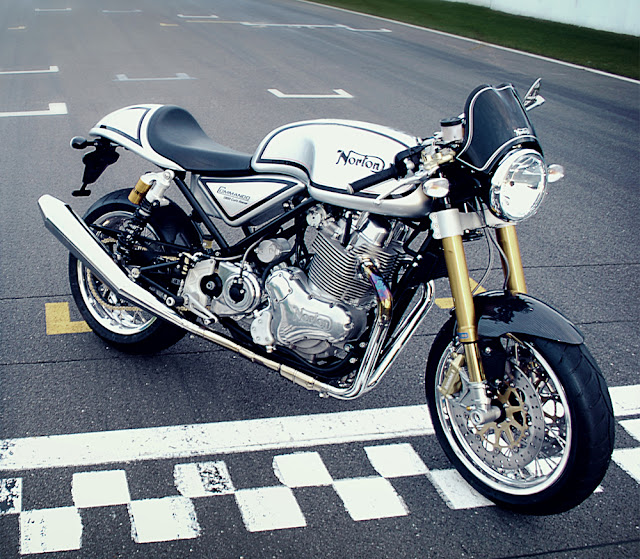 In 2011 the new Norton was operational, with Government action in the form of underwriting a £7.5 million loan to promote production for export sales, the first for many years. It seems to be working too, with the recent delivery of a Commando to Sweden - the first such sale for some three decades. 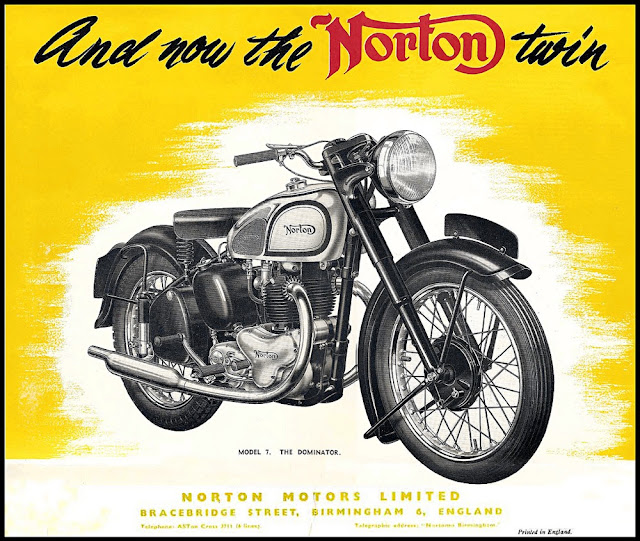 I ran another old Norton some years ago. It was a Dominator twin, like the one shown in this advert, lovely to ride, but with a habit of seeping oil from various seams and orifices, a familiar problem with old British bikes. But if the latest Norton Commando 961 Cafe Racer has been cured of such ills, then this mature biker could easily be tempted back on board. And talking of age, the Norton factory welcomed Stan Dibben for a look-see last month - he was the 1953 World Sidecar Champion, and it’s delightful to report that such respected riders are still keen on Norton motorcycles.

Despite the recession, plans are in hand to boost production to 1000 bikes a year, and to invest in development of the rotary engine that Norton used to build. And another famous face has joined Norton, the highly regarded designer Pierre Terblanche, from the Piaggio/Moto Guzzi, famed Italian producer of motor scooters and bikes.

The English Eye says the Commando 961 Cafe Racer looks a great bike, so we wish the best of luck to all involved in giving this famous name a new lease of life. 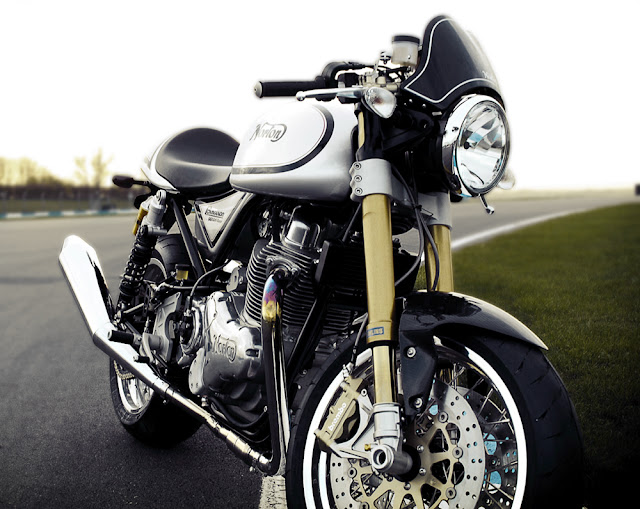 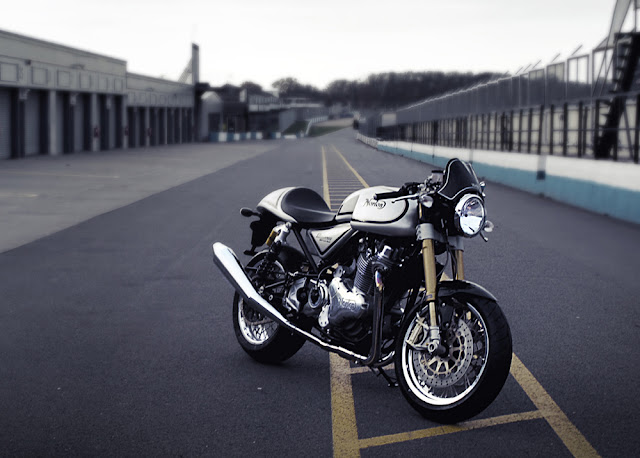