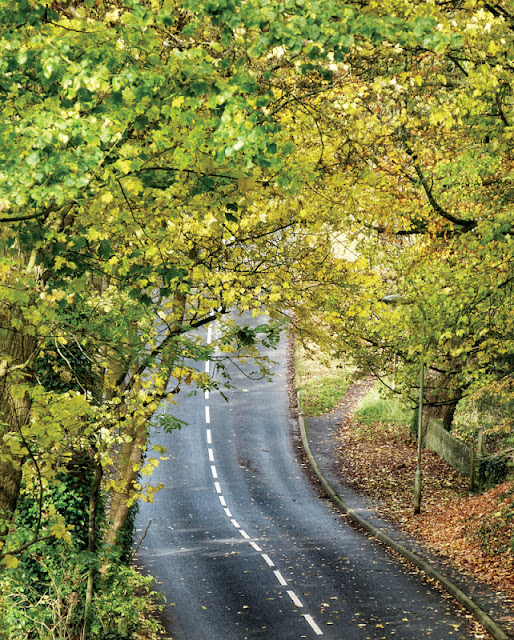 It's mid-November in the Cotswolds, as the leaves begrudgingly leave their branches. Exposed trees are already bare for winter, but in sheltered spots there are still plenty left to fall, allowing for a beautiful mix of russet-gold ground carpet, roofed by a canopy of living green.


These pictures were taken on the road to Over Norton, a small village just 15 minutes brisk walk away, and as you can see from the header pic, the road dips and undulates in a visually appealing fashion. 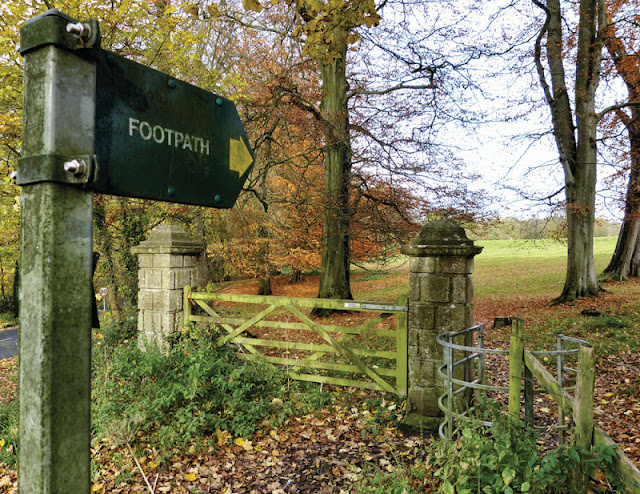 I often cycle to Over Norton, though it's always hard work pushing the pedals up that hill - just as well there's only a quarter-mile or so of 'up' before reaching the sharp right-hander that opens onto the flattish ride along Main Street.

Overall, it's been a fine season for colour, with autumnal shades as good as at any time past, though perhaps not in quite the same league as New England - although a friend who lives in Surrey, south-west of London, says differently! 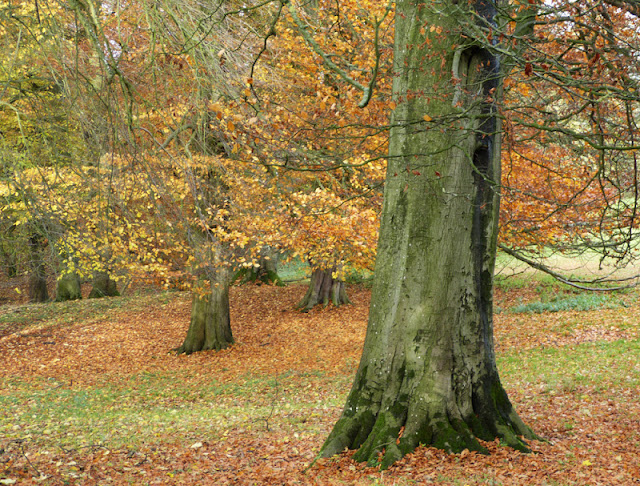 From now on, treescapes tend to look rather like Rowland Hilder paintings. Hilder was a somewhat underrated artist, popular in the 1950s and 1960s, though it has to be said that his populist style led to much use as decoration on placemats for dinner tables - OK in itself, but unlikely to propel him into the top ranks of revered artists.

Meantime, developing my own 'Cotswold Cloudscapes' collection is in hand, sample below. My work here reflects the magnificent scenery and how it relates to the vast skies we see, particularly in the upper Cotswolds, where views extend for mile after mile.

For example, from the field behind my home here in Chipping Norton I can clearly see Muswell Hill, near my old stamping ground, Brill village, nearly 30 miles away as the crow flies. And even further away, the Chiltern Hills form a distant ridge on the far horizon - fully halfway to London!

The scene below was taken much closer, near the Rollright Stones, ancient remains of prehistoric peoples who once inhabited this land. 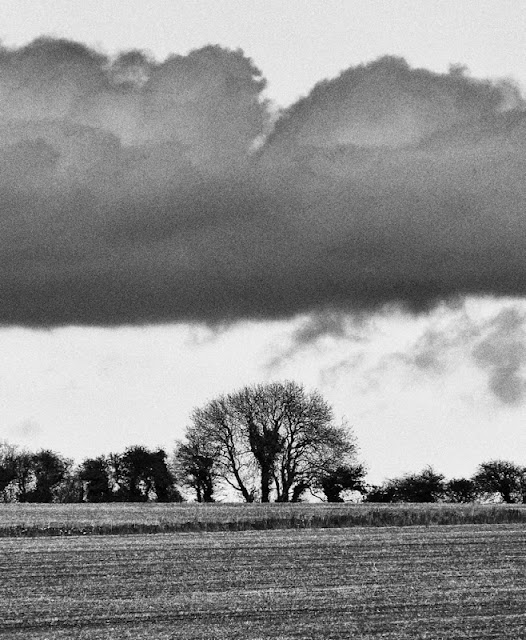