REMEMBERING THE FALLEN ON ARMISTICE DAY 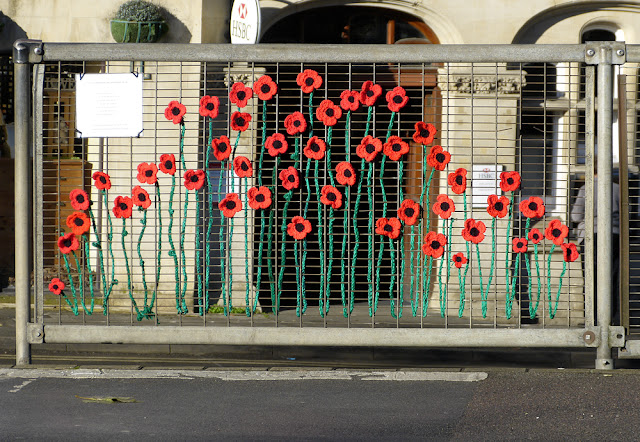 In Chipping Norton, the town centre has become a field of knitted poppies, a touching and highly visible Remembrance Day memorial by a mystery knitter - well done and thank you.

Remembrance Day (also known as Armistice Day, Poppy Day and in the US, Veterans Day) has been observed since the end of World War I to remember those members of the armed forces who have died in the line of duty. 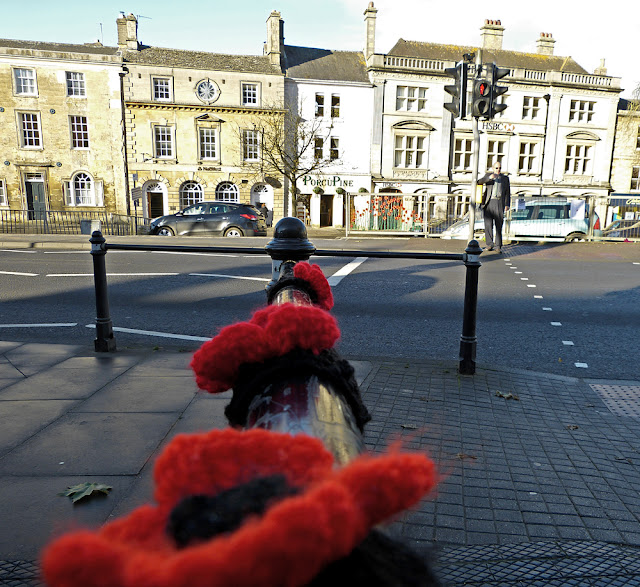 Remembrance Day recalls the end of hostilities in 1918, formally timed, 'at the 11th hour of the 11th day of the 11th month,' in accordance with the Armistice, signed by the opposing powers earlier that same morning. In fact, World War I did not end officially until the following year, when the Treaty of Versailles was signed on June 28, 1919.

The red remembrance poppy has become a familiar emblem due to the poem 'In Flanders Fields' by John McCrae. Poppies bloomed across some of the worst battlefields, their bright red an appropriate symbol for all the blood spilled during the years of fighting.

The knitter (or knitters) of this area have ensured we will not forget them. 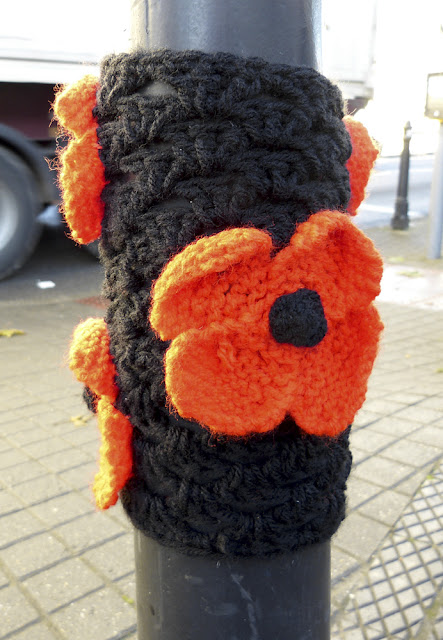