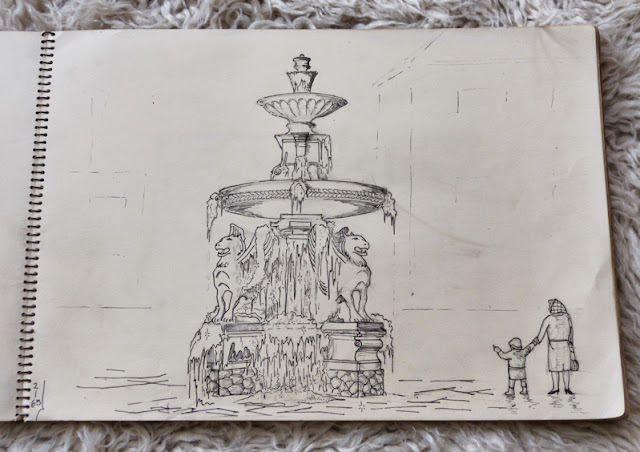 I saw a headline yesterday saying that the ice and snow we have at the moment is nothing, compared to the frozen depths of 1963, all of which sparked a hunt through some old school sketchbooks from that time.

Found! I don't recall 1963 being especially cold, more like standard winter fare in the East Midlands of the time, but I do remember that outdoor painting and sketching expeditions had to be fairly brief affairs, as it was a case of icy chill vs. warm fingers.

The trees were painted in a footpath next to the rail line adjoining the grounds of the then newish Guthlaxton Grammar School, Wigston, near Leicester. The orange-brown square patch to the right is a part of the buildings erected for the new school. I thought they were an example of architectural ordinariness then, and haven't changed my mind since - workaday nondescript blocks describes them well. 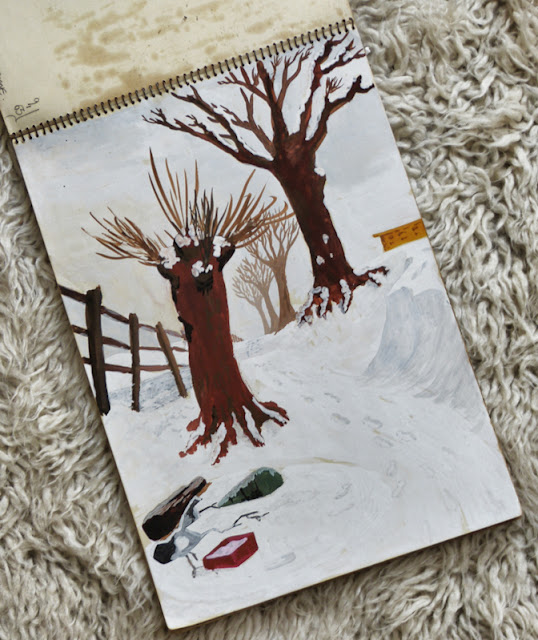 The cast-iron and granite Victorian fountain in Leicester's Town Hall Square is a far superior piece of work. Described as, "a handsome ornamental fountain" it was unveiled in 1879, and was donated by a former Mayor of Leicester, Israel Hart. 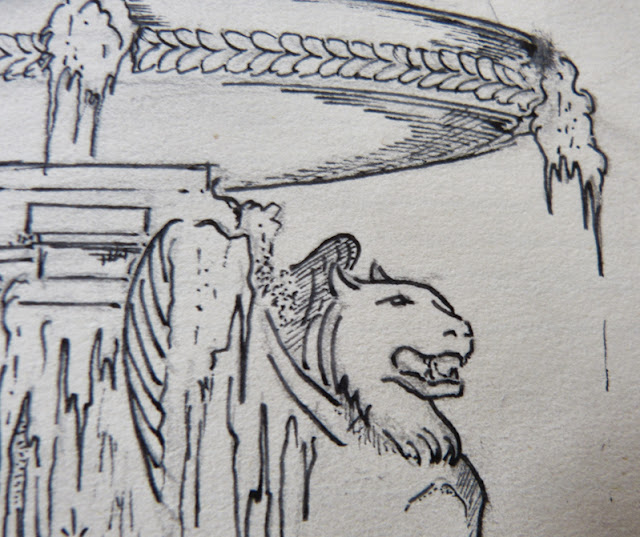 When I came to draw the fountain in January, 1963, there was cracked ice across the square, and the waters of the fountain were frozen solid. I had planned to draw the Town Hall as well, but had to stop when the chill reached my bones! 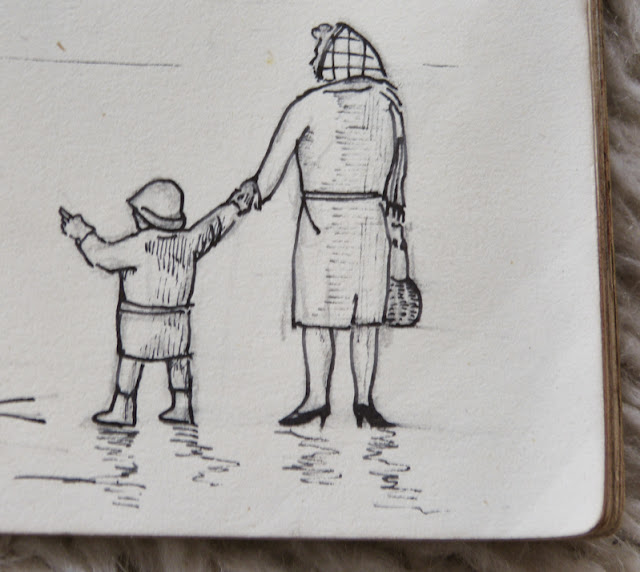 That winter was tough for Leicester's pigeons too, and you just had to feel for their feet as they strutted across Town Hall Square in the icy chill, looking for morsels of food.

Not that they starved, as there was at least one old lady, nicknamed 'Baggy', who came to Town Hall Square regularly, armed with a paper bag full of stale bread to feed her avian friends.

And that wasn't all, for there were whispered stories (never proven, it has to be said) of a secret chamber, somewhere high in the Town Hall Clock Tower, where a cull of excess pigeons took place.

There was supposed to be a large wooden box with a one-way door to doom, and once an inquisitive pigeon went inside, the last thing it heard was the 'zzzt...' of an electrocution device...