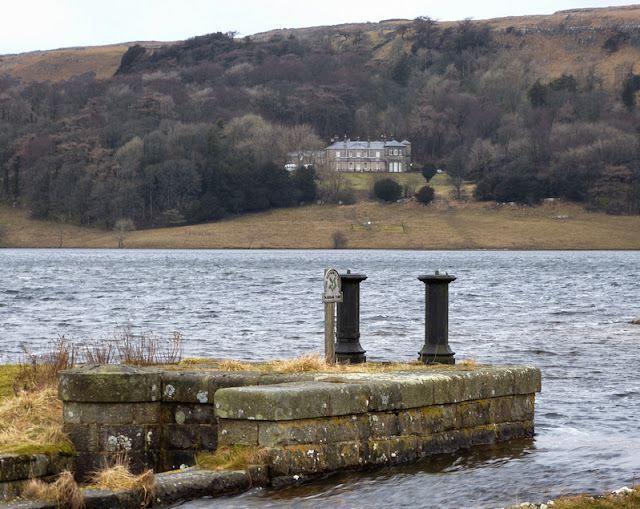 Malham Tarn is a heart-shaped glacial lake formed about 10,000 years ago, at the end of the last Ice Age. It lies high above the craggy Malham Cove, near Malham village, in the Yorkshire Dales National Park. The Tarn lies 377 metres (1,237 ft) above sea level, making it the highest lake in England, and it’s owned by the National Trust (NT).


The Georgian country house (header pic) is currently leased to the Field Studies Council, which offers various courses there. In the foreground you can see a stone embankment and sluice gate, both constructed in 1791 to control the Tarn’s water level, raising it by a metre (3.3ft) or so.

The house and the lake - now both within the Malham Tarn National Nature Reserve - also have a literary history, as the area inspired the Victorian priest and writer Charles Kingsley (1819-75) to create a children’s classic story, first published in 1863 as ‘The Water Babies, A Fairy Tale for a Land Baby.’

Kingsley wrote The Water Babies partly in support of Charles Darwin’s ideas on evolution. The story featured a young chimney sweep called Tom, who fell into a river, where he was transformed into a water baby - and from that moment on, his further adventures were just beginning... 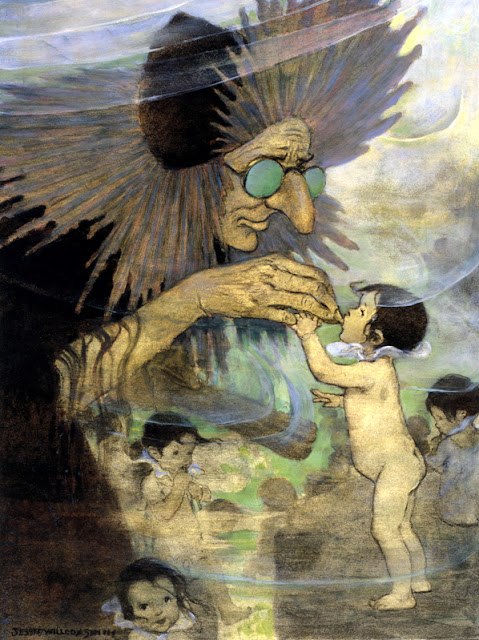 And here is one of the characters from the book, ‘Mrs. Bedonebyasyoudid’, painted in 1916 by US artist Jessie Willcox Smith.

It was the afternoon of a damp, chill, and windy day when I went on this visit. In fact, I had to drive slowly and carefully through a flooded Yorkshire lane to get there at all, and once at the Tarn, the waterlogged bogs meant that care was needed to avoid wet feet! The reward was an extremely bracing stomp in total isolation, with highly photogenic patches of water like the one (below) reflecting the doomy grey skies racing overhead. 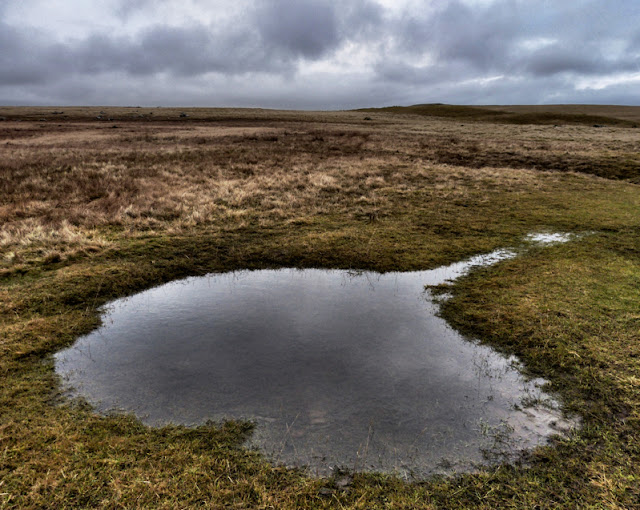 Malham Tarn can be reached by foot from Malham village, a walk that takes more than an hour, especially as the route entails climbing hundreds of steps up the side of the limestone cliff at Malham Cove. It’s certainly worth the effort, especially on a bright day. But if you don’t have the energy for that hard stomp, then there’s a car park just five minutes stroll from the Tarn... so just take your pick!