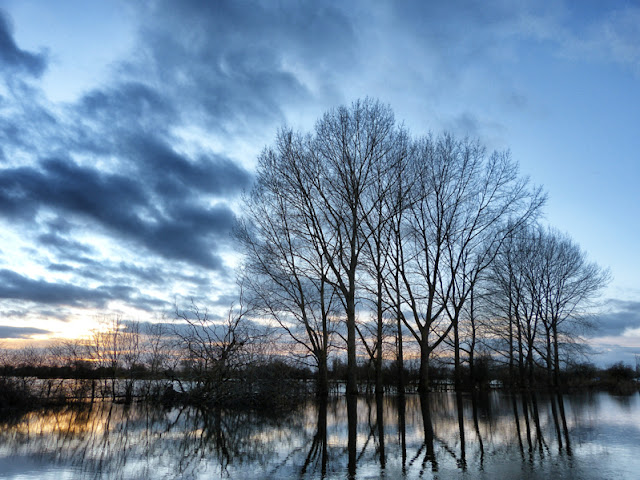 New Year's Day was dry and bright for most of the country, making it easy to see the effects of the drenching rain we've had over the last month or more.


At Lechlade, the River Thames had overflowed into fields south of the town, turning green pastures into an inland ocean. I stopped on the way back from a bracing walk around White Horse Hill to take these pictures, and very impressive the waters were too, revealing a road that was little more than a raised causeway between liquid panoramas on either side. 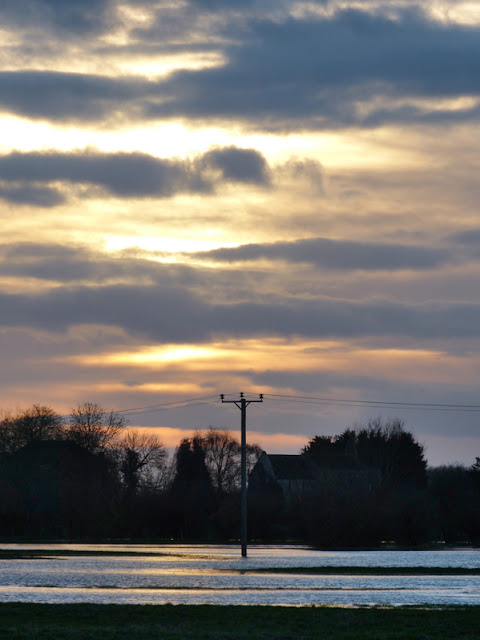 Wellington boots made it easy to explore the shallows, and see the water draining off the fields, back into the Thames, thence to the sea. What was perhaps a surprise was the sheer speed of that drainback, water running across a submerged parking area at a fast walking pace.

If we don't get too much rain (and dry weather is forecast for the next week or so) then, it's likely that here in Lechlade at least, those fields will be green again very soon. 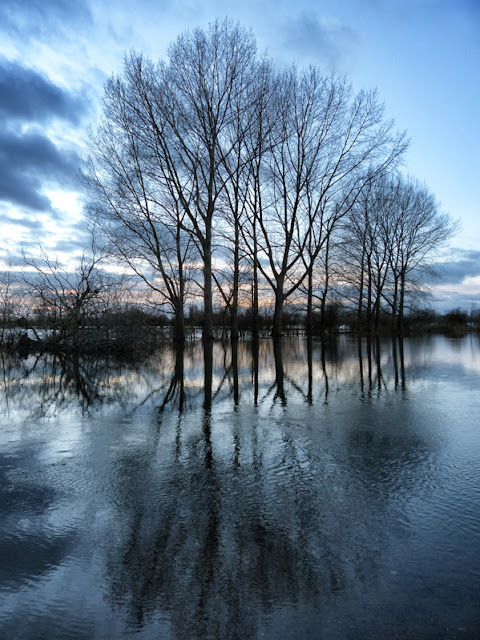 Of course, controlled flooding by means of sluice gates in and out of water meadows is an age-old technology, and here in the Cotswolds, many areas see such floodings, repeated whenever there are heavy downfalls.

It's said that the 2007 floods in Witney were caused primarily by sluice gates at upstream Burford being opened to prevent the lower town there being overwhelmed. True or not, I know several people in Witney whose homes went underwater for a while, with all the damage and lengthy repair consequences you may imagine.

There's a golden rule for planners to learn from places like this - don't build new homes on flood plains unless you have the prevention infrastructure in place. Either that, or aim to build new homes on piles so they can survive worst-case flood scenarios unscathed. 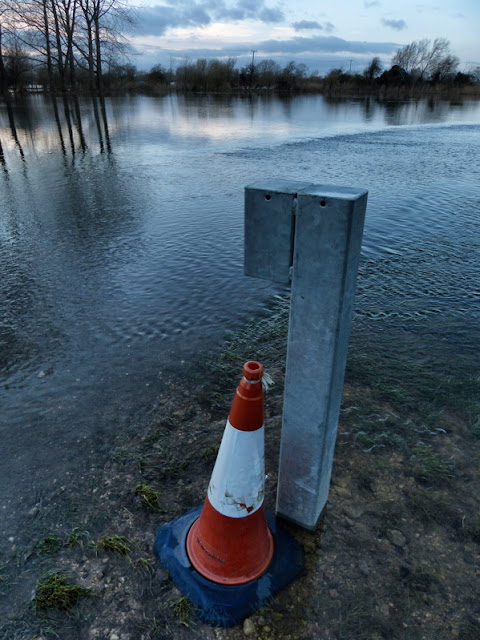