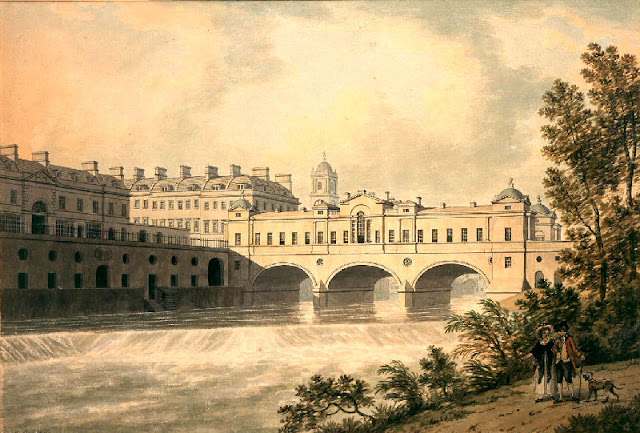 The city of Bath dates back to Roman times, when the waters of the River Avon and natural springs earned it the title Aqua Sulis (‘Waters of Sulis’). Its present-day name derives from the splendid Roman baths, built at a time when the natives washed perhaps no more than once or twice a year, if that. 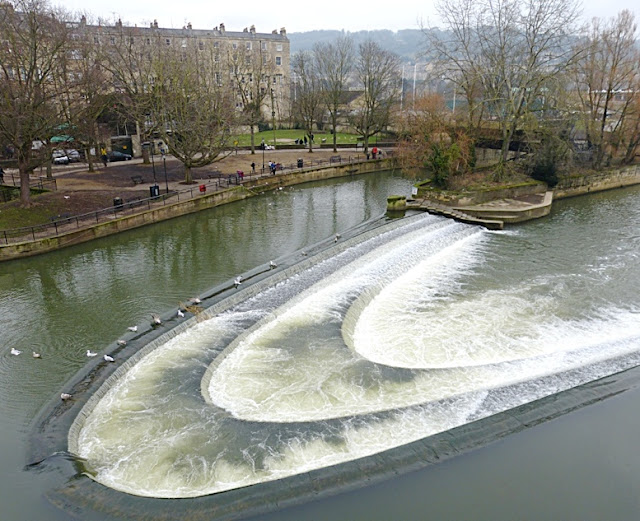 One of Bath’s many fascinating features is Pulteney Bridge (header painting by Robert Malton) which crosses the River Avon (above). The bridge is one of the very few in the world with shops on. And there are cafes too: decide on which side of the bridge you wish to be, then choose your cup of tea. And in the middle is the Bridge Flower Shop (below) which provides a wonderful splash of colour. 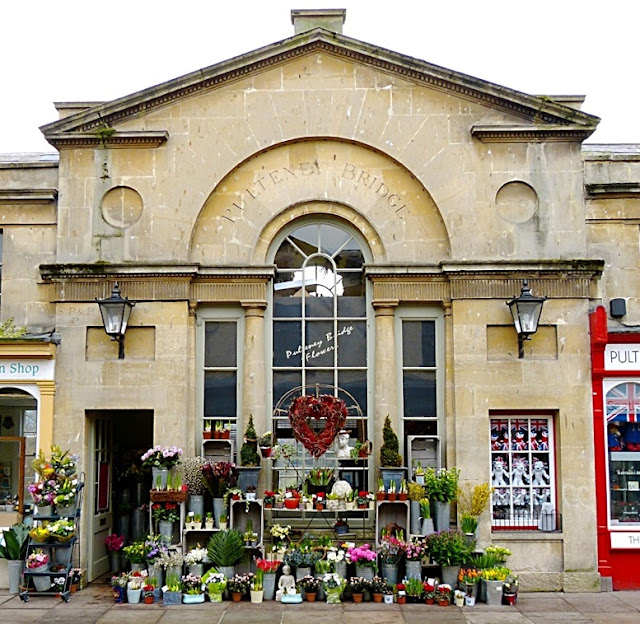 The bridge was designed by Robert Adam, and named after Frances Pulteney, wife of William Johnstone, 18th century Scottish lawyer and Member of Parliament. The idea was to link the city of Bath with the planned new suburb of Bathwick.

Robert Adam’s bridge echoed elegant Italian bridges such as the Ponte Vecchio in Florence, and and the Ponte di Rialto in Venice. Building the 299m (980ft) long stone bridge took some four years, between 1770-1774. 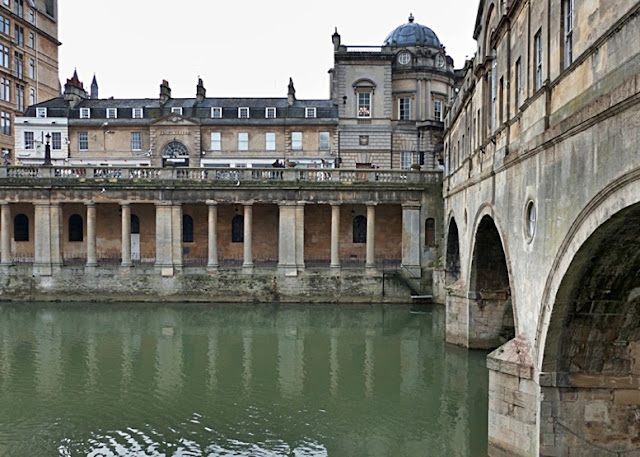 The bridge (right above) has been altered many times during its 240-odd year existence, but today is protected as a Grade I listed building.

As for the City of Bath, its fine Regency buildings have earned it World Heritage Site status. The place is looking better than ever, and even the new SouthGate shopping centre is thankfully built in a style that sits comfortably with the neo-classical architecture of downtown Bath.
Labels: Aqua Sulis Bath Pulteney Bridge Regency River Avon Roman