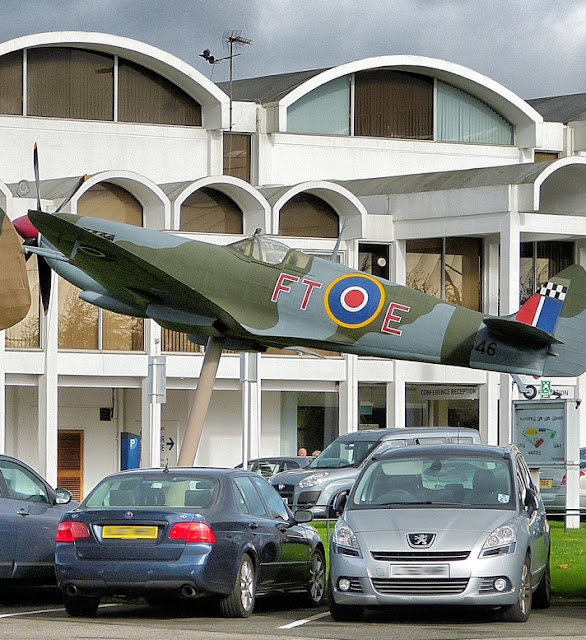 The Royal Air Force Museum at Hendon, North London, has a spectacular array of flying machines on display, and offers an in-depth look at nearly a century of RAF history. The RAF is the oldest independent air arm in the world, being formed on April 1, 1918.


The car park of the RAF Museum sets the theme, with a life-size Spitfire replica on display. There is also a Hurricane, out of shot in the header pic.

The RAF was preceded by the Royal Flying Corps (RFC), which in World War I used thousands of Crossley Y-Type Tenders (below) for general support on airfields. 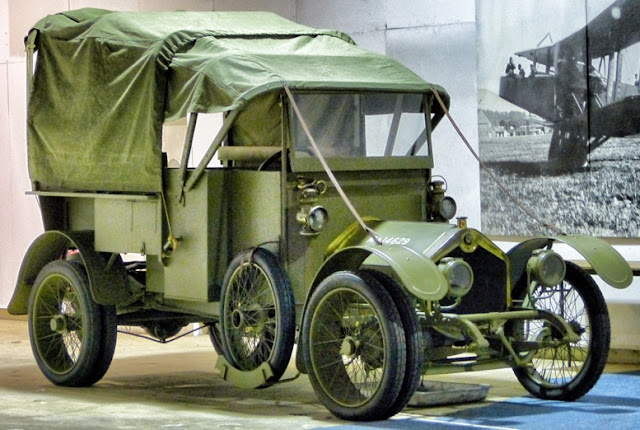 In the air, night fighters like the Farman FE2b (below) were painted black, to reduce their visibility while flying against enemy targets. Many FEs were fitted with a rear-facing gun in front of the top wing, the gunner having to stand up in the front cockpit to use it. No safety belt or parachute was provided; in the words of one gunner, "...the only things between you and eternity were your hands gripping hard on the gun, and your feet pushing at the sides of the cockpit." 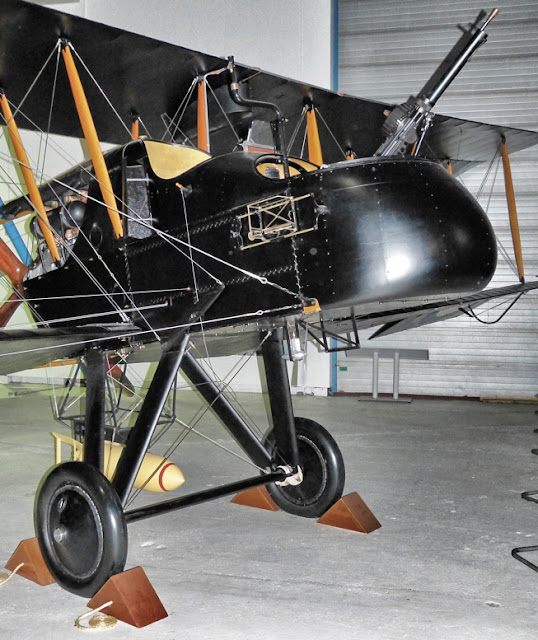 The RAF Museum also has a sprinkling of foreign aircraft. Below, a Luftwaffe Messerschmitt Me262 (foreground) is preserved in immaculate condition. This was the world’s first operational jet, and for a time was far in advance of any aircraft in service with the Allied air forces. 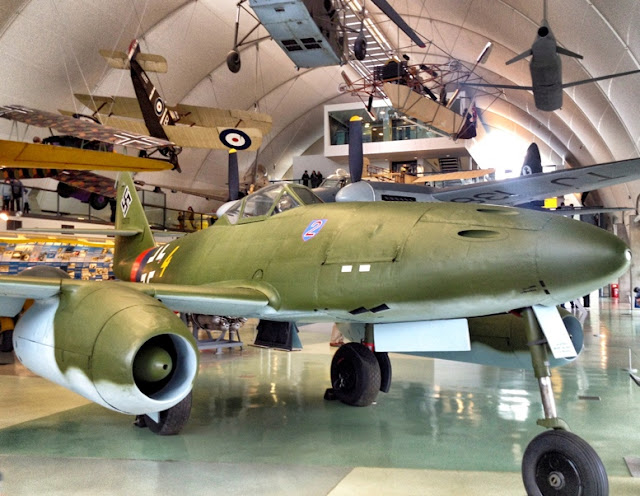