SAMUEL PEPYS: “THE PUB IS THE HEART OF ENGLAND” 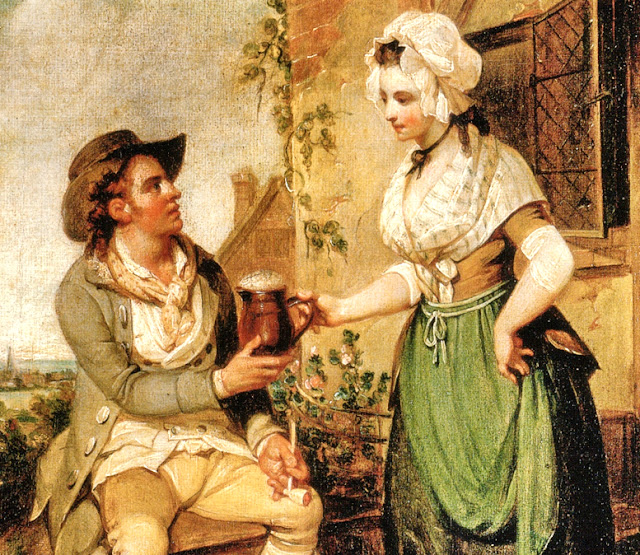 Well, that’s according to the famed 17th century diarist, Samuel Pepys, anyway! Opinion or not, Pepys was right about one thing: the classic English pub is intimately tied into the fabric of this country, and has a history that dates back to Roman times.


The English had been beer and ale drinkers for thousands of years, but it was the Romans who built the first drink and refreshment houses, called ‘tabernae’, to serve travellers on the roads they built throughout the country.

After the Fall of Rome, Anglo-Saxon England carried on the tradition, though these ‘pubs’ were usually in a house, rather than in purpose-built structures. Such alehouses were meeting points for villagers, and became so popular that in the year 965, they were limited to just one per village.

By the Middle Ages you could stay overnight in many taverns, and they were popular as places that welcomed overnight coach passengers and other travellers, as well as points where horses could be fed and watered. The header painting by Henry Singleton shows the sort of welcome you might have expected at a country pub just after Pepys's time.

So which pub today holds the title as England’s oldest?

In the south of England, Ye Olde Fighting Cocks in St Albans, Hertfordshire, dates back to the 11th century, on a site perhaps 200 years older than that. 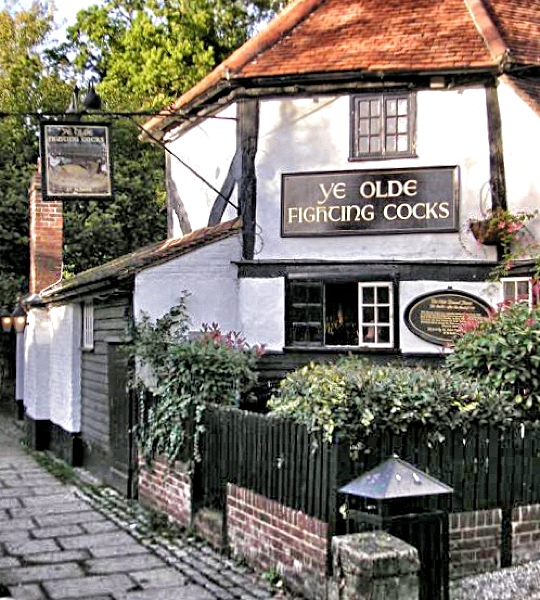 In the north of England, Ye Olde Man and Scythe, Bolton, Lancashire, claims to be even older.

Mind you, we’re talking about establishments with more than 1000 years of history, and it’s probably impossible to be exact about dates - so The English Eye splits the award into north and south, allowing them to share the 'oldest pub' title! 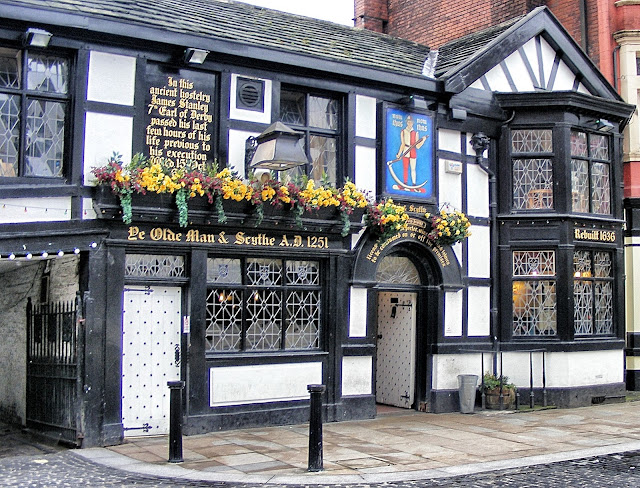