‘GHOSTS AT LONG BARROW’: ON VIEW AT THE ‘VISIONS’ ART SHOW IN SEPTEMBER 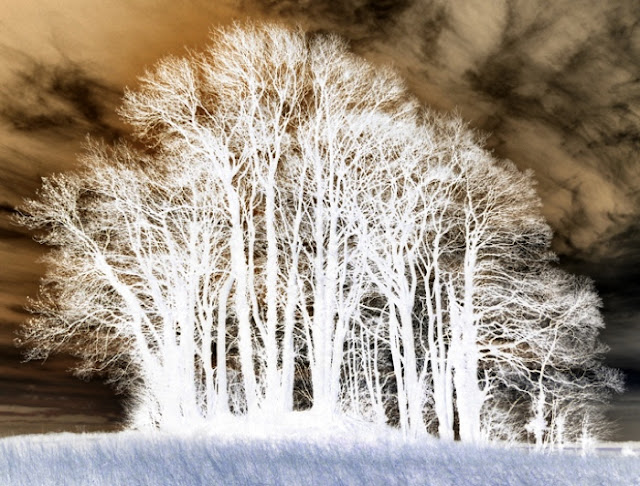 Coming to Chipping Norton from September 4-23, 2013, is my ‘Visions’ art show, featuring pictures of the town in particular, and also a panorama of scenes across the Cotswolds.


I’ll be previewing the show online between now and September, starting with my semi-abstract shown here, ‘Ghosts at Long Barrow.’

Long Barrow is a prehistoric monument, one of many such places scattered throughout England, especially in the south and east.

Why the ‘ghosts’ in the title? It’s because the barrow itself - seen as the low mound at the base of the trees - is a burial spot, created by pre-Christian peoples thousands of years ago.

Are there actually ghosts in this spot? Well, not unless you are a believer in such paranormal occurrences, but it is a wonderfully atmospheric place that stands alone on a hillside, not far from the pretty Cotswold village of Bourton-on-the-Water.

Surrounding the actual barrow are the trees that have grown to form a small copse, caught in my picture in the middle of winter, their bare branches swaying slowly in the westerly winds that were blowing that day.