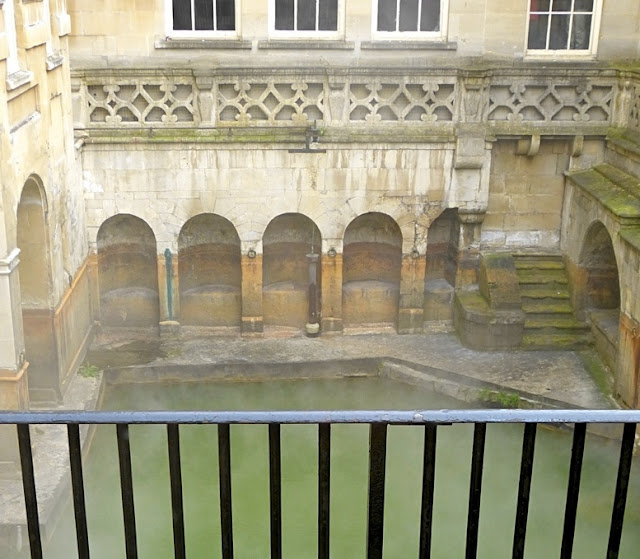 Before the days of Roman Britain, Celtic tribes living in the Bath area worshipped a life-giving mother goddess called Sulis, who looked after the local spring waters. When the Romans came to Britain, they called the town Aquae Sulis (‘Waters of Sulis’) and worshipped her too, as Sulis Minerva.


The thermal springs were turned into bathing pools by the Romans, who constructed a temple in the 1st century AD, following this up over the next 300 years with a series of pools, designed to be entered one at a time. It was a sophisticated complex, with a caldarium (hot bath), tepidarium (warm bath), and frigidarium (cold bath).

When the Roman Empire left Britain, the bathing pools fell into disuse and by 500 AD, had been totally abandoned.

Bath geothermal spring are the warmest in England, bubbling out of the ground at some 46°C (115°F) though they are cooler by the time they are piped into the baths.

In the 18-19th centuries, Bath became England’s leading health resort, the pools being open to the public until 1978, when a girl died of meningitis contracted from a virulent strain of waterborne amoeba. Officials also considered that the old lead piping was not exactly good for health, so the pools were closed for good.

So can you swim in Bath today? Happily, the answer is yes, in the new Thermae Bath Spa opened to the public in 2006, and sited mostly in a purpose-designed building by architect Nicholas Grimshaw. The high spot of a swim there is literally that - the open-air rooftop pool (below) makes a splendid place to bathe. 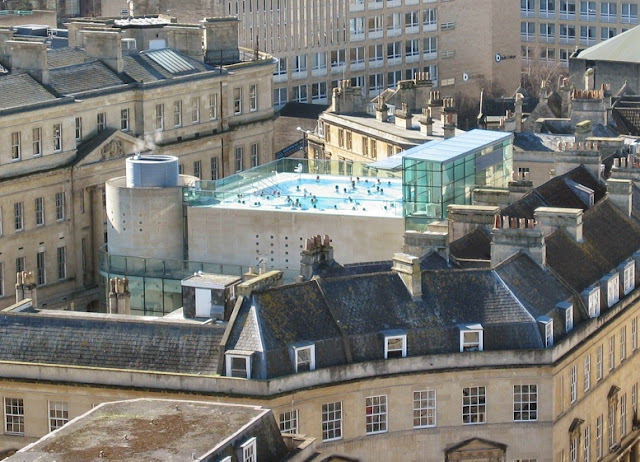 Grimshaw’s high-tech building has its detractors, but to my eyes it looks considerably better than some of Bath’s architectural horrors thrown up in the 1960s.