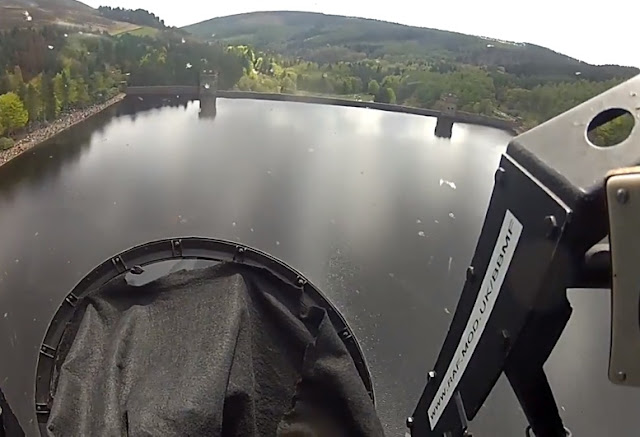 HERE'S A GREAT VIDEO CLIP taken from the RAF Memorial Flight Avro Lancaster as it flies over the Derwent Dam, Derbyshire, to mark the 70th anniversary of the famous World War II Dambusters raid on the night of 16-17 May, 1943.

To celebrate the raid, a series of events took place, including this commemorative flight. The Derwent dam looks very similar to its German equivalents, even down to the service towers on each end.

The Derwent reservoir, Derbyshire, was one of the sites where pilots from 617 Squadron, who carried out the raid, practised low-level flying to prepare for their dangerous mission to attack three German dams - the Möhne, Eder and Sorpe - which supplied water and hydroelectric power for industry in the Ruhr Valley.


This is neat videography, all the better for bring taken from the aircraft itself. It must be great to be in that transparent nose, especially now that you're not being shot at.

Want to build a kit of the famed Avro Lancaster? Click here to see a selection.