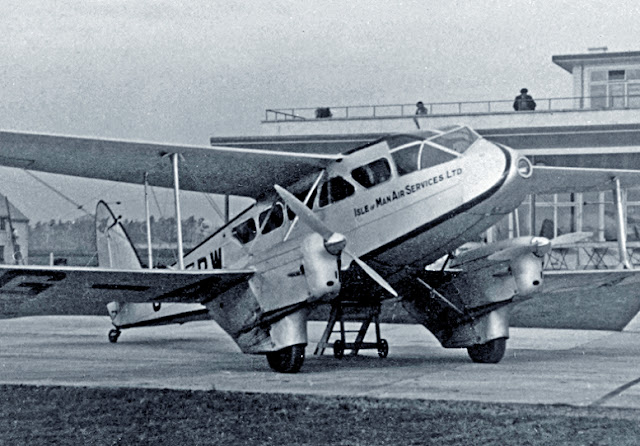 The twin-engine De Havilland Dragon Rapide is a true princess of the skies, a beautiful old machine that dates back to the 'Golden Age' of flying in the 1930s.


The Dragon Rapide in the video (below) gives pleasure flights from the airfield at Duxford, south of the university city of Cambridge, and these days an outpost of the Imperial War Museum.

IWM Duxford is a must-visit destination for aviation fans in the UK, not only for the many historic aircraft displayed in the hangars, but also for hands-on flight experiences like this wonderful old lady of the air.

A trip in the Rapide reveals several things, not least how unexpectedly quiet the two engines are in flight. Also of course, aircraft like this leave the ground just by nosing up slightly - there's no soaring up to the stratosphere that we get in a jetliner flight, or indeed the push-you-in-the-seat acceleration down the runway.

A flight is a very gentle experience, the pilot sitting upfront in a small cockpit that looks much like a metal-and-glass birdcage. And another difference from today's airliners - the Dragon is a 'tail-sitter', so when you climb aboard, the 8-seater passenger cabin slopes steeply up toward that one-seat business office in the nose.

All in all, a highly recommended experience - do have a go if you get the chance.